Kriti Sanon Revealed A Few Secrets About Her Sister Nupur Sanon; Here’s what The Latter Has To Say

There are many siblings in the industry who are not just adorable but also are extremely supportive of one another. However, despite being there for each other, siblings beings siblings never forget to pull each other’s leg in public. One such sister duo is Kriti Sanon and Nupur Sanon in the film industry who recently revealed a few secrets about each other in an interview. 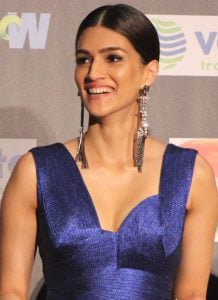 In a conversation with Bombay Times, Kriti told about Nupur that she loves posing for the camera so much so that she will put extra effort whenever she’s getting clicked, “Nupur likes to get clicked. When there are festivities at home she sees to it that she’s dressed well as per the occasion before she gets snapped.”

Kriti continued further and said, “During our festivals, she will be all decked up in traditional outfits. Like, say during Rakshabandhan she was all dressed before she came on camera to tie rakhi. On the other hand, I don’t bother so much. I can tie a rakhi in my pajamas also.” 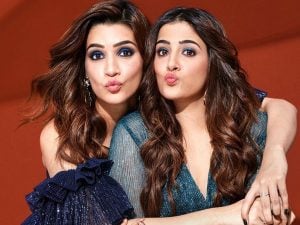 To this, Nupu quickly justified and said, “We are celebrating Indian festivals toh we have to dress up that way, right? Also pura lockdown nikaala hai without any celebrations and excitement, ab mauka mil raha hai to dress up toh kyu na kare?”

On the work front, Kriti Sanon is busy shooting for her upcoming film Aadipurush. Her last release was Mimi which was garnered many praises from the audience. Nupur, on the other hand, has featured in two music videos opposite Akshay Kumar and will soon be making her debut in Bollywood.