Soon-to-be parents, Alia Bhatt and Ranbir Kapoor are currently busy promoting their film ‘Brahmastra’. The couple went to the South to attend their pre-release event along with Karan Johar and Mouni Roy, Jr NTR, and more celebrities. The stars interacted with their fans and actress Alia Bhatt also sang the south version song of ‘Kesariya’ for Ranbir Kapoor and her fans. 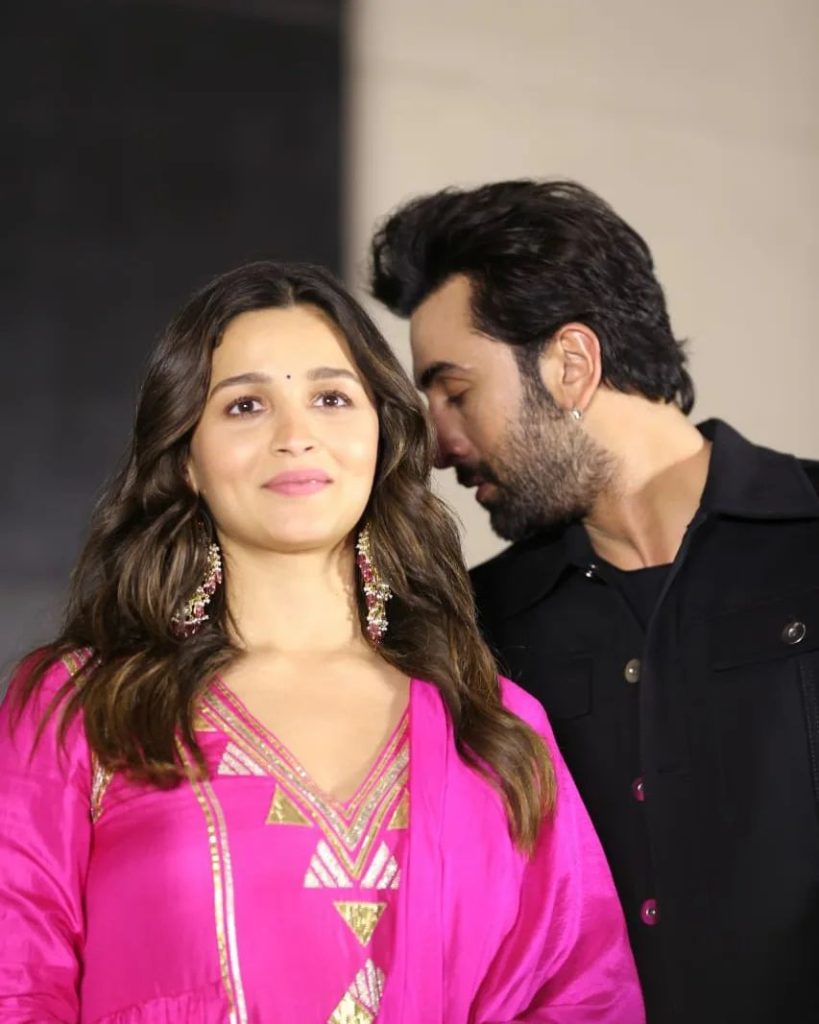 The movie is set to be release on 9th September and the cast and crew of the movie are more than happy. However, during the promotions down South, the fans and followers of Alia Bhatt noticed something about Ranbir Kapoor that left them a bit unhappy. A video from an event in Hyderabad is going viral on the internet that has left fans wondering if Ranbir was pissed at Alia Bhatt? 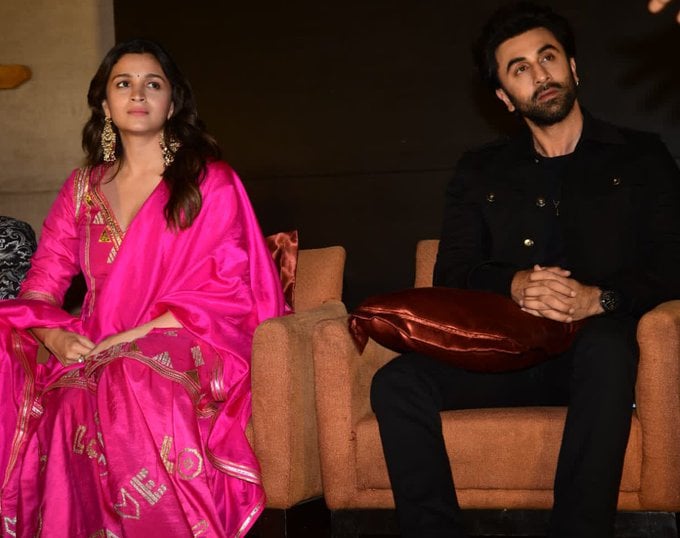 In the video, Alia Bhatt could be seen smiling and looking lovingly at her husband Ranbir Kapoor. On the other hand, Ranbir Kapoor is looking straight at her without giving any expression. According to fans he was annoyed at Alia Bhatt in the video.

Ranbir and Alia were the center of attention at the event, amid which this clip has gone viral. However, later in the evening Alia also showed her fuschia pink sharara that had ‘Baby On Board’ written on her back. The paparazzi cheered for the couple and complimented Alia Bhatt, they even congratulated both of them and wished them happiness on becoming parents.

Meanwhile, the cast of Brahmastra has been promoting the film with director Ayan Mukherjee in full swing.