Nora happily posed with almost all the animals. The actress posted the pictures with a hyena, an owl, lioness and a chimpanzee. Sharing the photos of herself with two lioness, Nora wrote, “Its that Lion energy from now on… They so beautiful tho.” 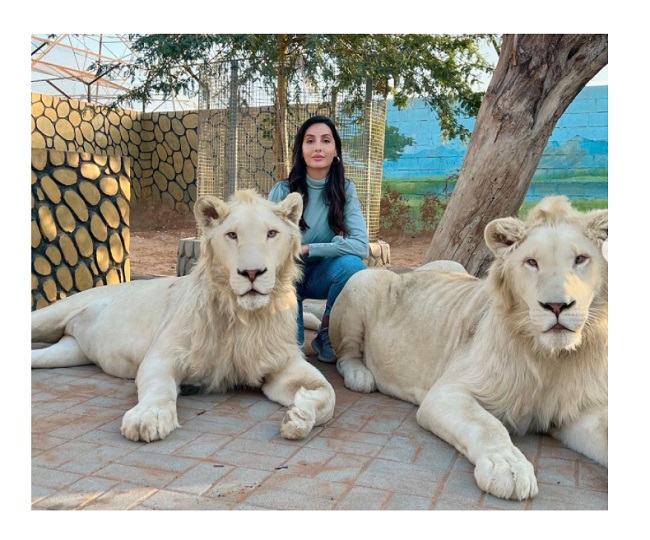 Nora also shared a clip of her feeding the hyena. In the video, the actress said, “It actually feels surreal. I don’t know, I thought I would be scared when I was on my way here but I am actually not that scared anymore.”

Prior to this, the actress had shared her pictures of chilling in the pool in black swimsuit. 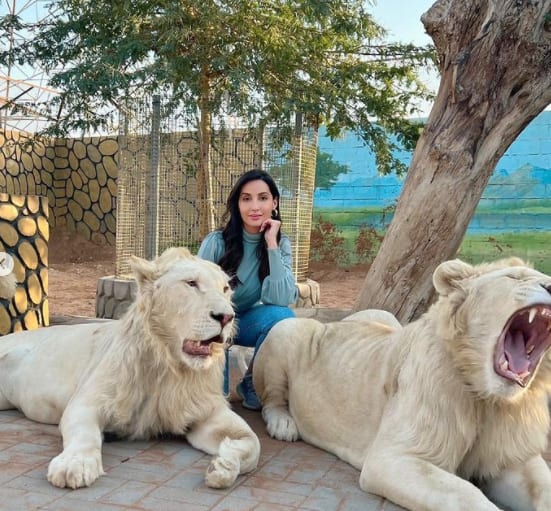