Mouni Roy is not just a known name in the Bollywood industry but is equally famous for her shows on television. The actress has been hitting the headlines ever since she tied the knot with her longtime partner and businessman Suraj Nambiar. Suraj is a Dubai-based businessman and has been in a relationship with the actress. The duo recently got married at a five-star hotel in Goa in the presence of their loved ones. 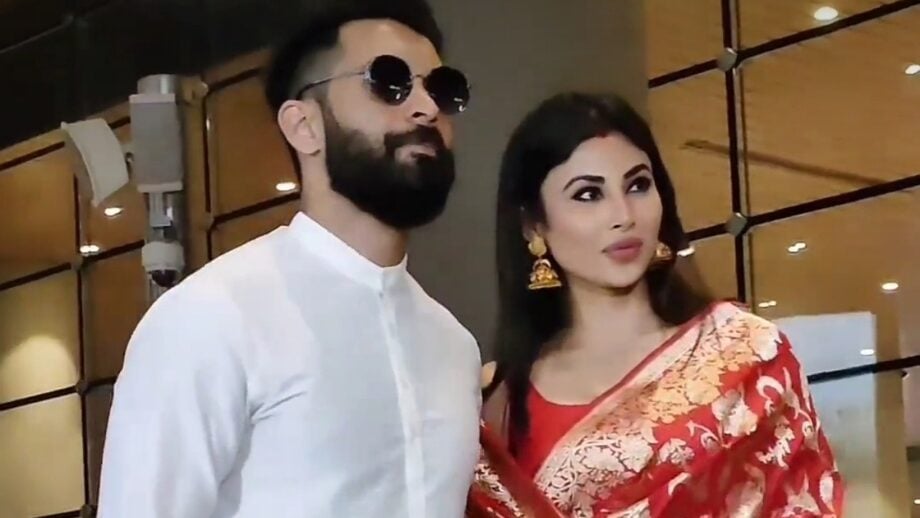 Earlier, it was reported that both Suraj and Mouni wanted to have a grand wedding but after looking at the covid situation in the country, the duo opted for an intimate ceremony. Mouni took to her Instagram handle to share pictures from her Haldi and Mehendi ceremony in which the couple could be seen dancing on a famous track, ‘Mehendi hai rachne wali’.  Later, the couple shared their wedding pictures in which both could be seen following Malayali traditions, and then Bengali rituals.

Now, the actress has shared stunning and breathtaking pictures from her honeymoon in Kashmir. The couple is still celebrating their honeymoon and spending quality time in Kashmir’s Gulmarg region. Mouni and Suraj seem to be fully enjoying their honeymoon period as the duo is indulging in skiing and capturing snowcapped mountains.

In the video, Mouni could be seen covered from head to toe in yellow woolen clothes and a jacket. The actress is enjoying the snowfall and recreating a scene from the film Roja. While sharing the video with her audience Mouni wrote, “Snowing in torrents outside, peace inside.“