Mouni Roy Gets Married To Suraj Nambiar: Their ‘Jaimala’ And ‘Mangalsutra’ Moments Revealed; Take A Look!!!

Bollywood actress Mouni Roy is finally a married lady now after she tied the knot with Suraj Nambiar in a traditional South Indian wedding style. Their ‘jaimala’ and ‘mangalsutra’ moment is revealed and it seems so adorable. As everyone knows the actress Mouni Roy has made her debut in the entertainment world as ‘Krishna Tulsi’ in the serial, Kyunki Saas Bhi Kabhi Bahu Thi. 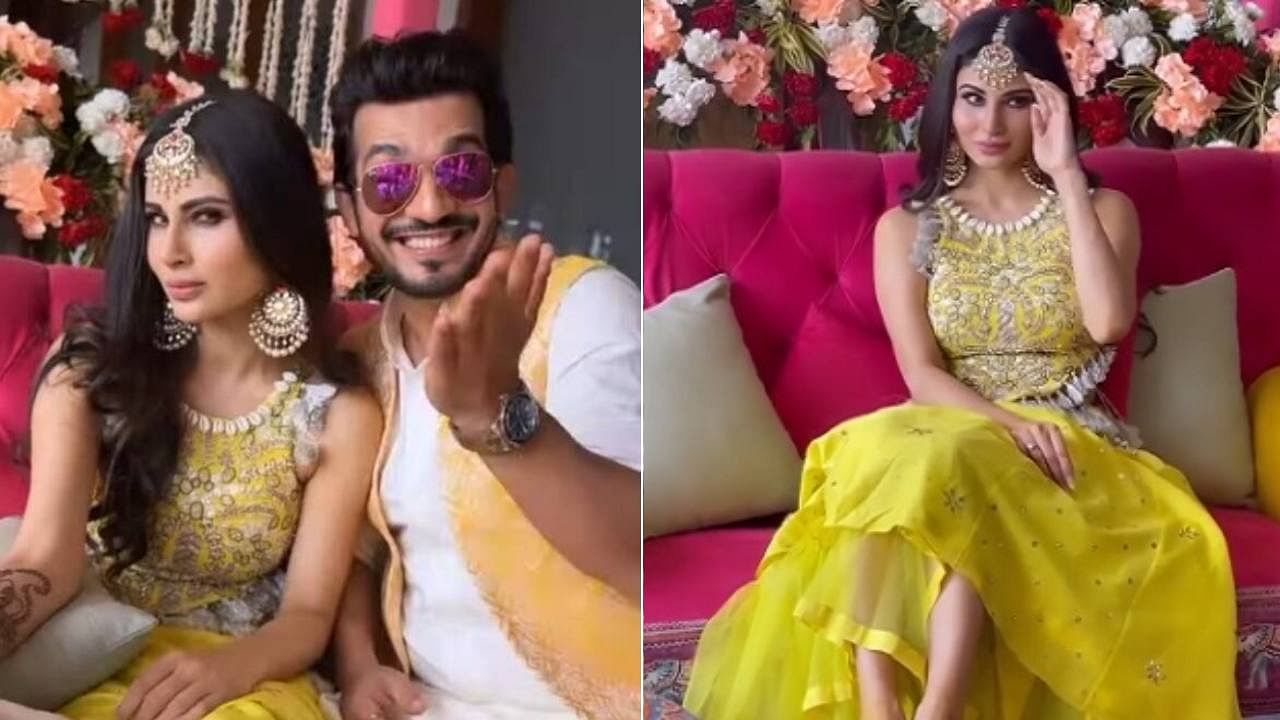 She was quite a shy actress and Mouni’s transformation has been breathtaking. In the past few days, there have been rumours of Mouni Roy tying the knot with her Dubai-based banker boyfriend, Suraj Nambiar on January 27. Mouni Roy and Suraj Nambiar’s pre-wedding euphoria started on January 26 with Haldi and Mehendi and the pictures went viral on social media. 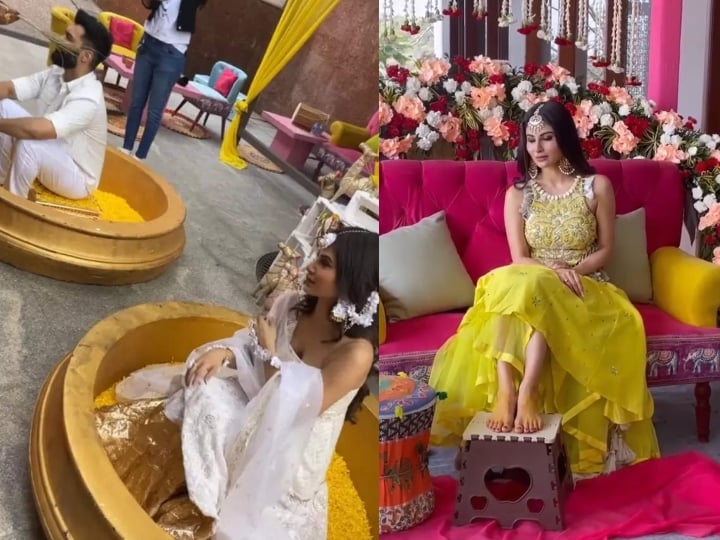 For her Haldi ceremony, Mouni had matched in white with her boyfriend, Suraj Nambiar, and the couple looked stunning with each other as they made for each other. The lovebirds posed for the cameras while they hugged each other with Haldi on their particular faces. Now, the actress and the diva of Bollywood Mouni Roy is finally becoming Mrs. Suraj Nambiar after they tied the knot on January 27, they did all the ceremonies of their wedding in a traditional South Indian wedding.

The wedding pictures and videos are going viral all over the internet. While Mouni Roy wore a white and red silk saree with temple jewellery for the wedding, Suraj wore a beige-coloured kurta with white dhoti. 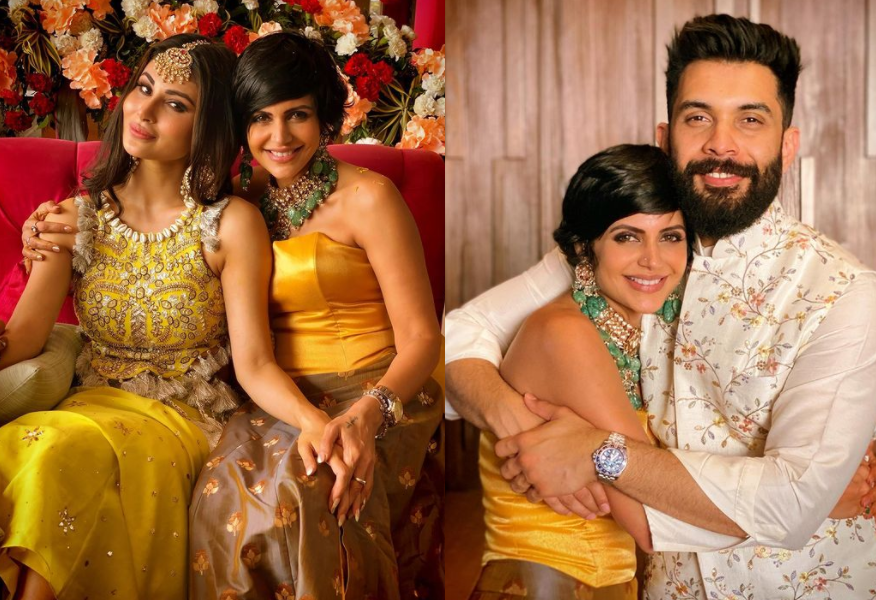 The couple Mouni Roy and Suraj Nambiar the bride and the groom hugged each other after the jaimala and their South Indian mangalsutra moment is too surreal to believe and fans are filled with joy. Mouni Roy’s Haldi and Mehendi ceremony with her friend, Rahul Shetty had shared a video on his Instagram stories, which had won many hearts. In the video, as we could see, Mouni Roy could be seen dancing with her husband Suraj Nambiar on the song, Mehendi Hai Rachne Wali. Mouni wore a yellow coloured lehenga at her Haldi ceremony. 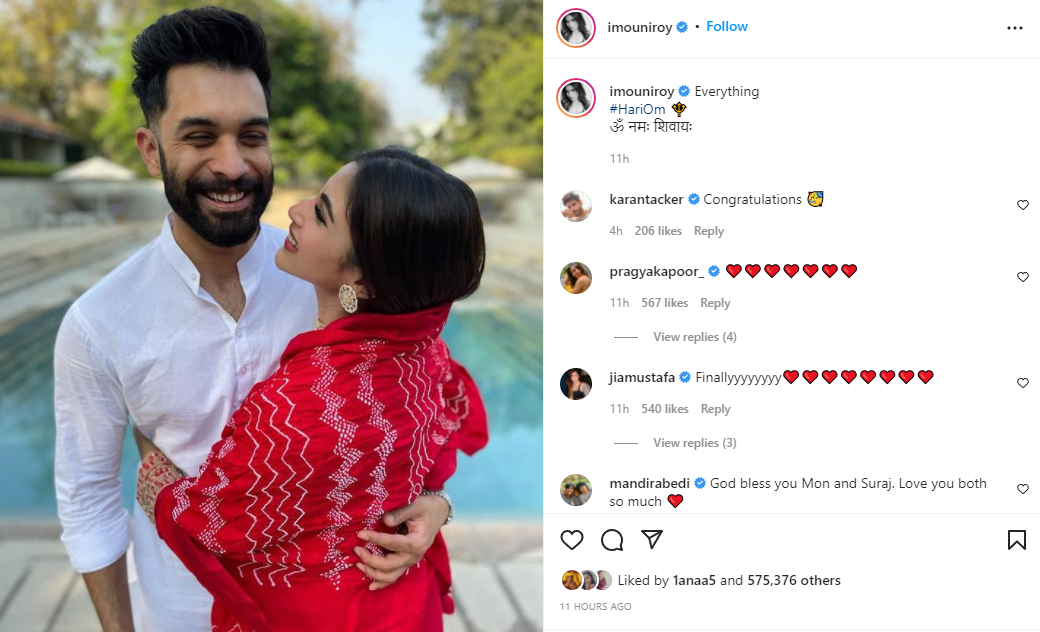 Just a moment ago, Mouni Roy’s Best friend, Mandira Bedi had shared on her Instagram handle and had posted surreal pictures with Mouni and Suraj from their pre-wedding ceremony. In the pictures, Mandira was seen hugging Mouni and Suraj and captioned her post as: “Mon, Suraj.. and so it all begins. I love you both, more than you know.” 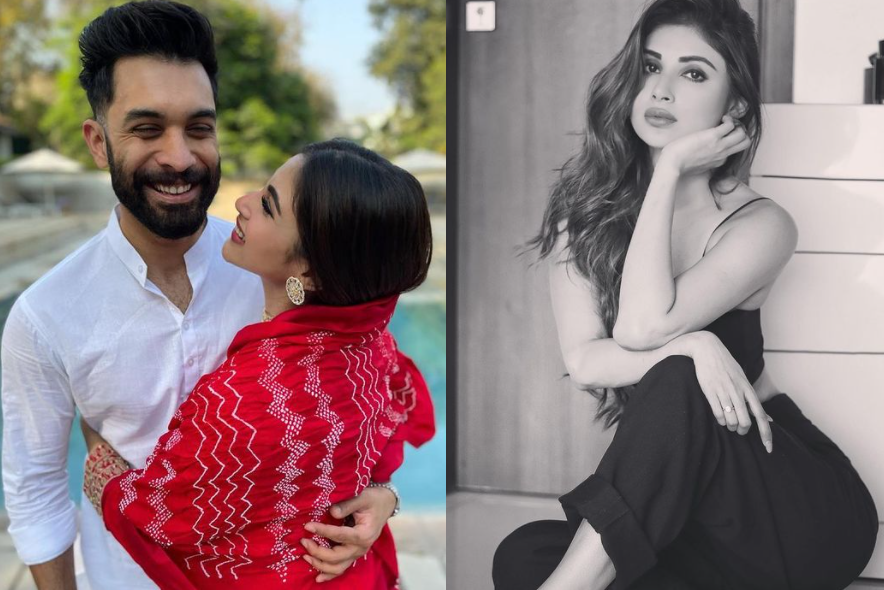 Recently, Newlywed Mouni Roy shared a cherished picture with her husband Suraj Nambiar on her Instagram handle and captioned could as read: Everything #HariOm 🔱 ॐ नमः शिवायः

We wish a lifetime love and happiness to both of them!