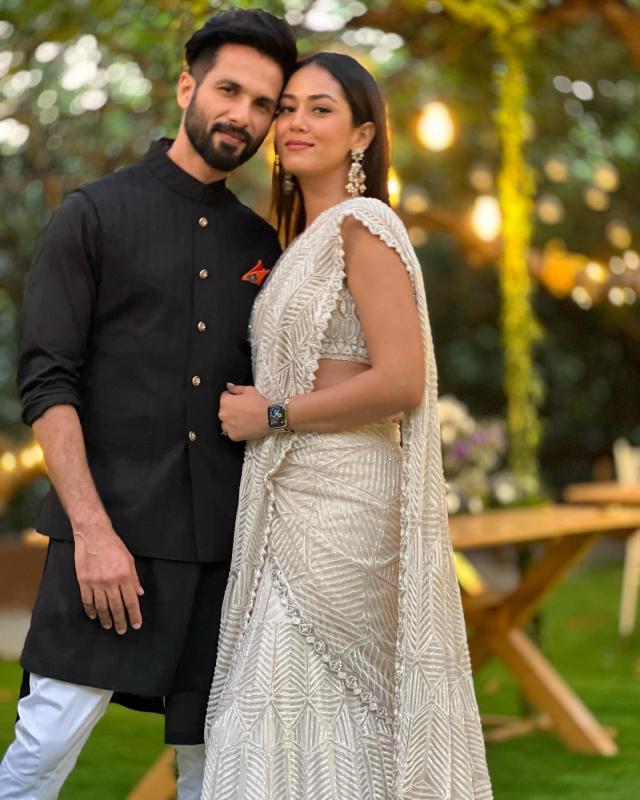 Bollywood star Shahid Kapoor had tied the knot with Mira Rajput on July 7, 2015, Be it being the showstopper at the Lakme Fashion Week or a social media influencer Mira has become a brand for herself. Although apart from their separate professional sides, they are both adoring parents to their two candid kids, Misha Kapoor and Zain Kapoor. 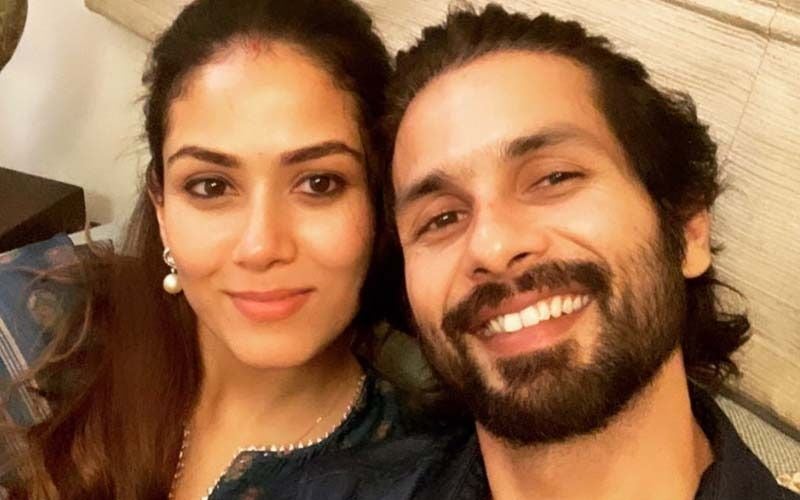 On April 4, 2022, Mira Rajput Kapoor shared a post on her Instagram handle and shared a glimpse of her extraordinary workout session. In the video, we can see Mira throwing a big ball to the wall in a loop wearing a black co-ord. While sharing the video, she wrote: “Smashing those Monday blues.” 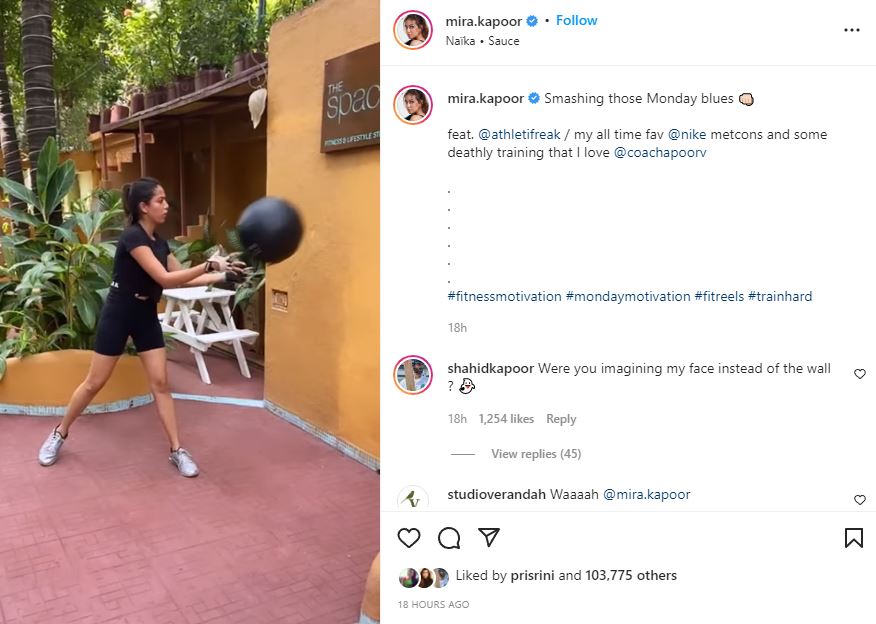 Although it was Mira’s dearest husband, Shahid Kapoor’s funny reaction that had caught everyone’s attention. Once she shared the post, Shahid Kapoor dropped into her comment section and wrote a note for her. He wrote, “Were you imagining my face instead of the wall ?” Mira replied with a romantic message. She wrote: “nahhhhh you know I love your face (with a kissing lips emoji).” 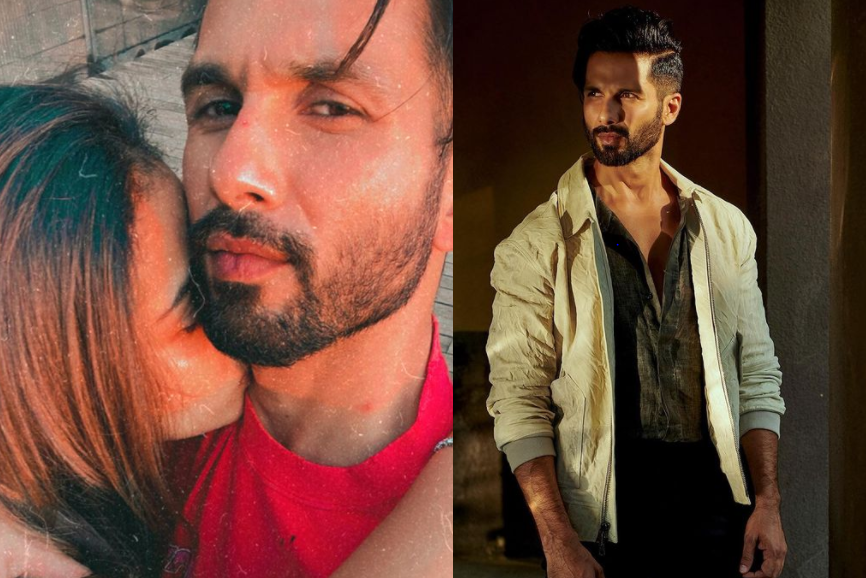 On March 24, 2022, Shahid Kapoor had shared a post on his Instagram handle and had shared a goofy Instagram Reel with his wife, Mira Rajput Kapoor. In the video, Mira could be seen peeking at her mobile phone. When he panned the camera toward her, she reacted funnily.  While sharing the video, he had written an amusing caption that could be read as: “Married to the phone @mira.kapoor.” 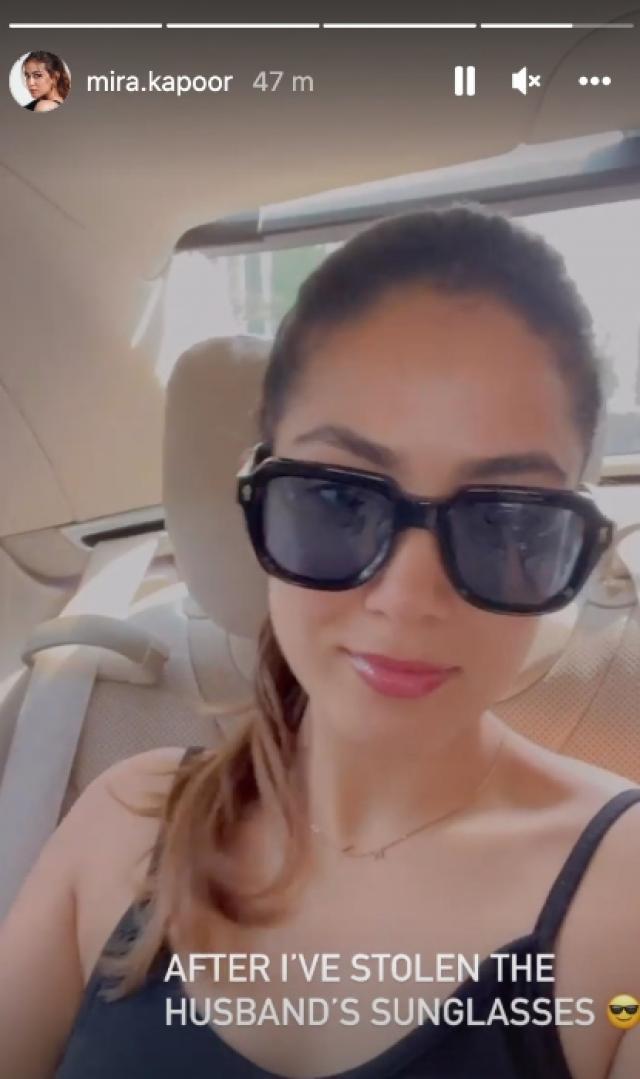 On March 24, 2022, Mira had shared a post on her Instagram handle and had posted an Instagram story, in which she had flaunted her OOTD. Mira had looked gorgeous as she wore a black strappy top, Also, it was oversized sunglasses that had pointed out the casual look. On the top, she had written: “After I’ve stolen the husband’s sunglasses.”