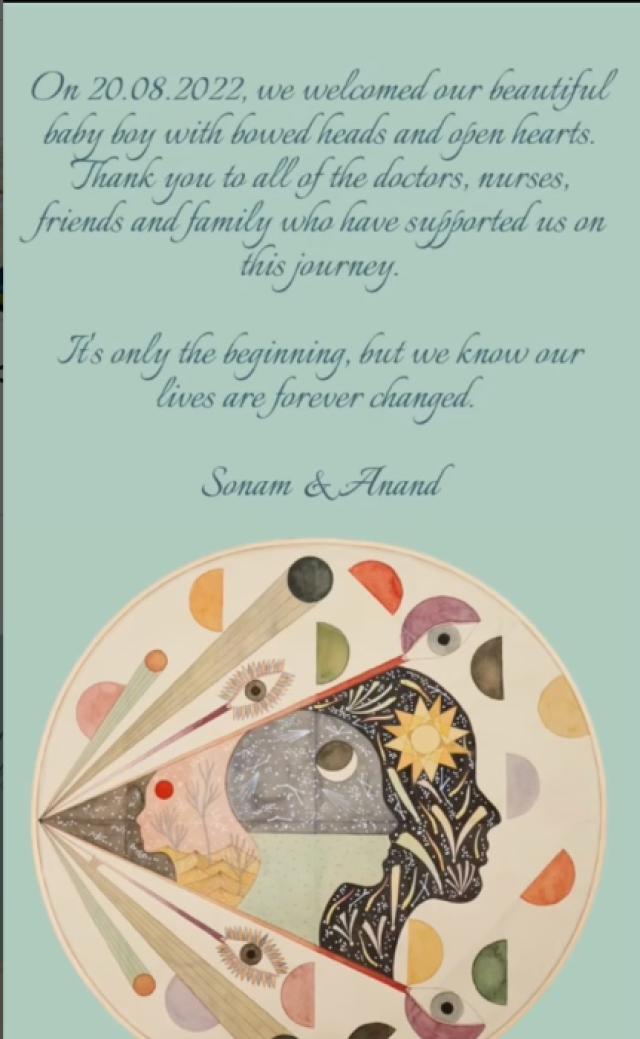 Sonam Kapoor Ahuja and Anand Ahuja’s infant son Vayu Kapoor Ahuja’s room was shown to fans by Maheep Kapoor on September 20, 2022, via her Instagram stories. The adoring nani posted a photo of an enclosed space with a wooden door and a charming monkey figurine hanging from it. On either side, it also contained two sizable mirrors. Maheep posted the image on social media: “Vayu Kapoor Ahuja Room #socute.” 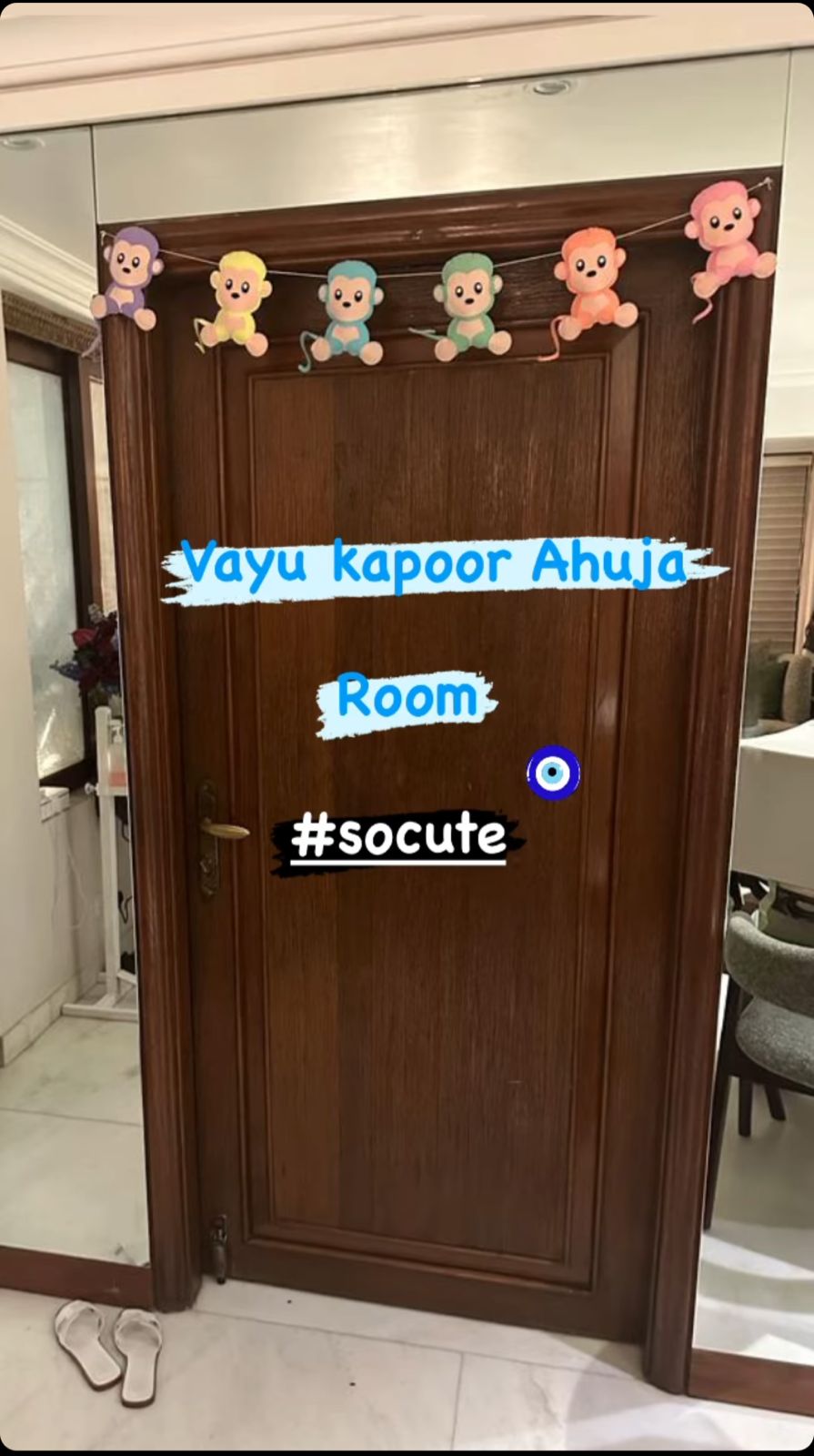 Sonam Kapoor is a new mother in Tinseltown and is enjoying this stage of her life. Sonam Kapoor Ahuja made the humorous admission that she is a mother on September 7, 2022 via her Instagram account. The new mother had posted a picture with a caption on her Instagram stories stating that she thinks baby burps are adorable. Everyone thrilled over her adorable post, which sent her followers into a tailspin. She might have written: “Only burps that are cute are baby burps.” 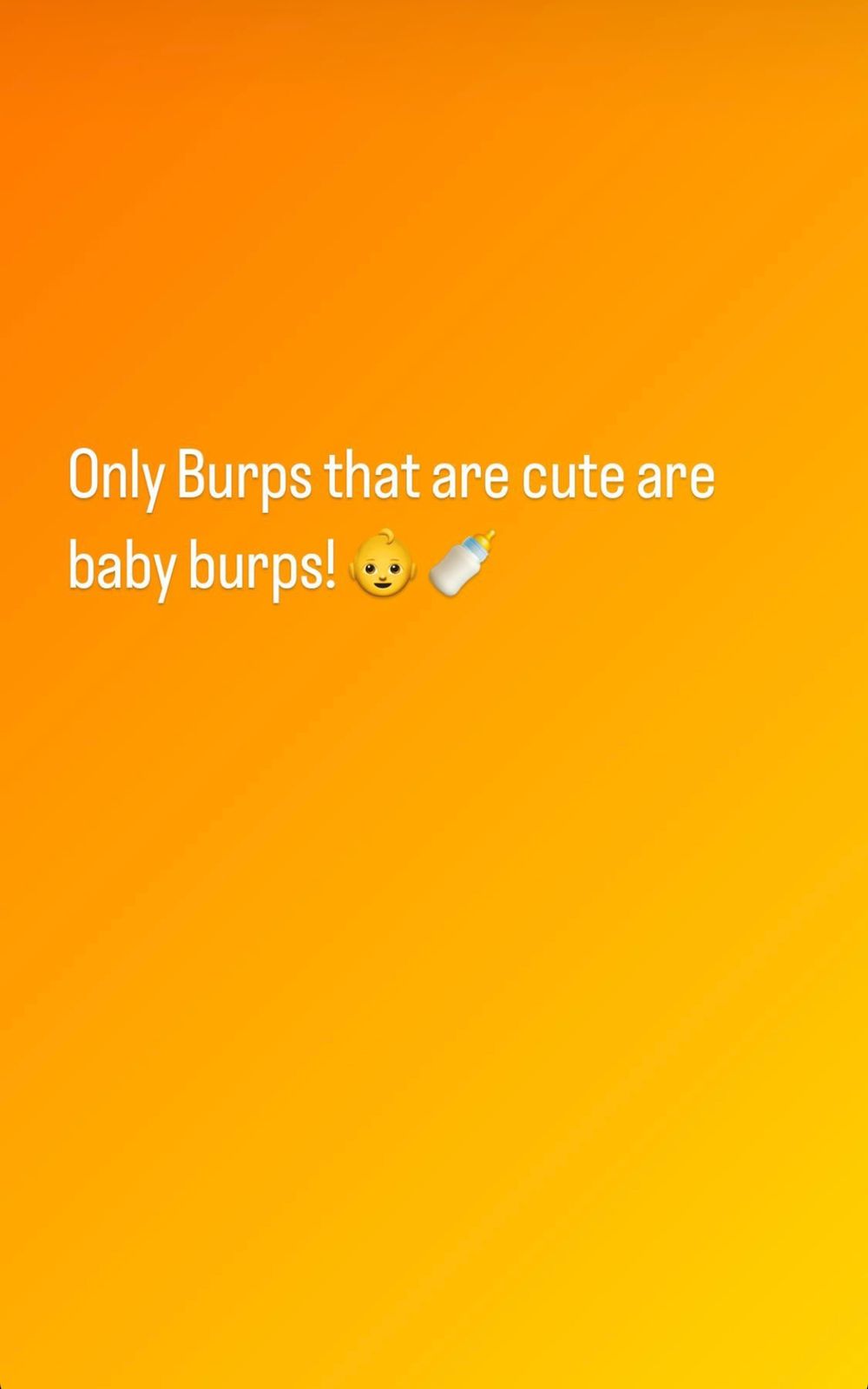 Sonam Kapoor Ahuja and Anand Ahuja’s son turned one month old on September 20, 2022, and to celebrate, the proud parents posted the baby’s very first photo online. The valuable photograph displayed the entire family wearing yellow clothing by designer Anamika Khanna. Sonam tweeted the photo along with the name her newborn boy had been given: “Vayu.” The novice mother had written, mentioning that Vayu, also known as the deity of breath, is one of the paanch tatvas: 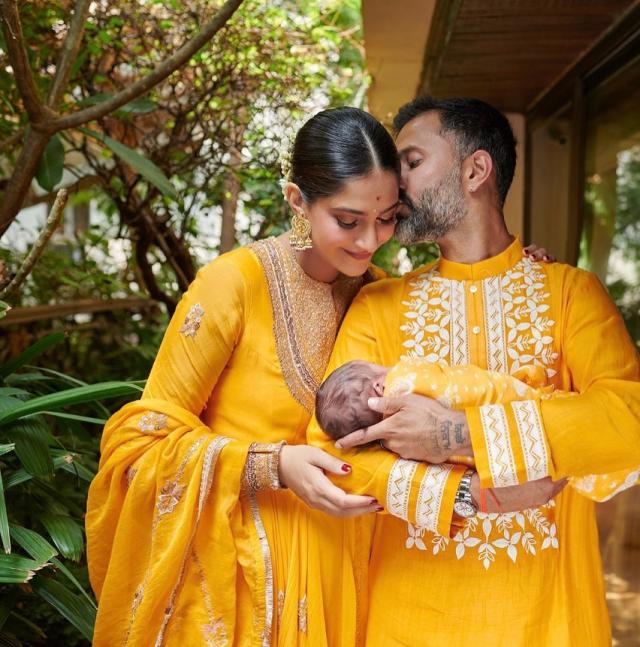 “In the spirit of the force that has breathed new meaning into our lives. In the spirit of Hanuman and Bheem who embody immense courage and strength. In the spirit of all that is sacred, life-giving and eternally ours, we seek blessings for our son, Vayu Kapoor Ahuja. In Hindu scriptures Vayu is one of the paanch tatvas. He is the deity of breath, the spiritual father of Hanuman, Bheem and Madhav and He is the incredibly powerful lord of wind. Thank you for your continued wishes and blessings for Vayu and his family.”