Relationships are very complicated these days and when showbiz is talked about, we witness ample of such examples. Breakups, Patch-ups, calling it quits are common things these days. This generation has mastered the art of dealing with all these. Finding true love has become one of the toughest things. Many people even have to be in a number of relationships before to finally find their true love. And then there are those part ways even after getting married.  Kirti Kulhari who had tied the knot with Saahil Sehgal on June 24, 2016, had announced her separation on April 1, 2021, after 5 years of marital bliss.

Now in a recent interview with SpotBoye.com, Kirti revealed if she is open for marriage and said, “I don’t think so, but I am also somebody who believes in never say never. If you ask me if I will be in a relationship ever again, of course, I would be. That part is very clear, as I have the clarity that I don’t need to be married to someone.” 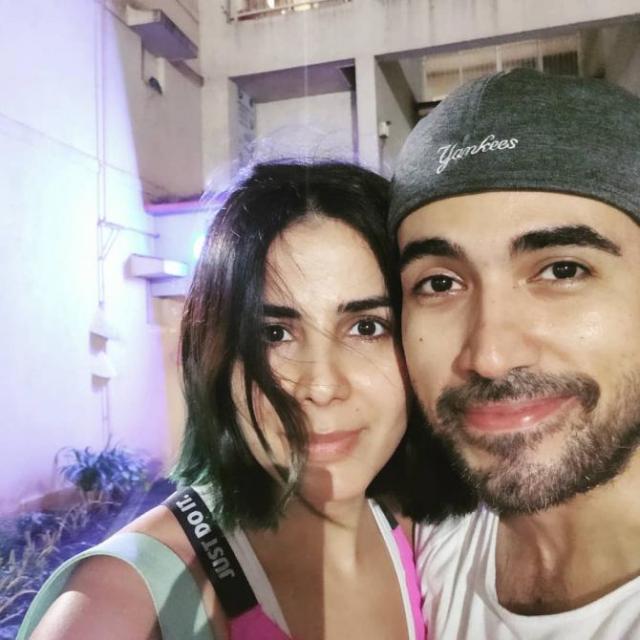 In the same interview, Kirti had opened up about how she feels that she is not someone made for marriage. She had stated,  “So, mostly I don’t think so I will ever get into it again. I have understood that I am not someone who is probably made for marriage.” In an earlier interview with a leading daily, Kirti had revealed that she had tried her best to save her marriage but when she had understood that it was not a matter of trying anymore, she had ‘let it go’. 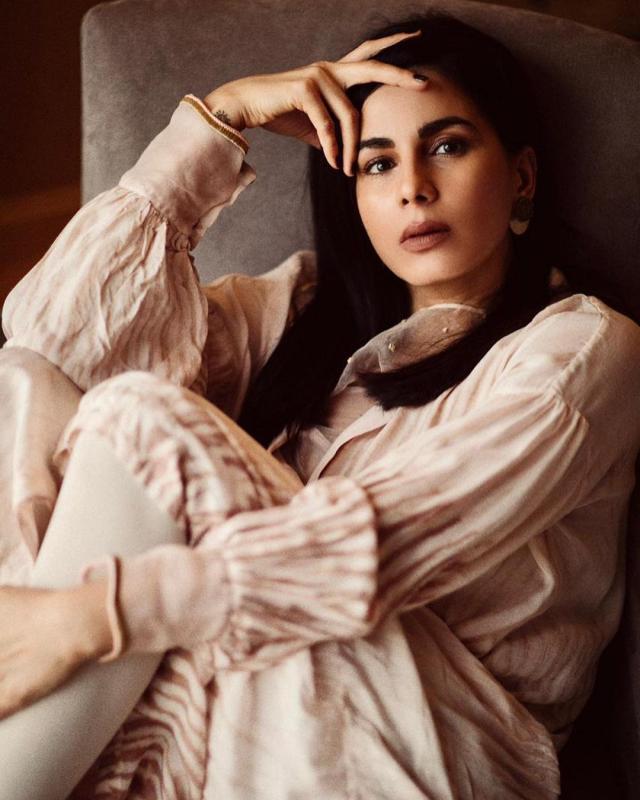 It was on April 1, 2021, when Kirti had taken to her Instagram to share the news of her separation with husband Saahil Sehgal, “A simple note to let everyone know that my husband Saahil and I have decided to separate. Not on paper, but in life. A decision that’s probably harder than the decision of “being with somebody”, because coming together is celebrated by everyone you love and care about.” 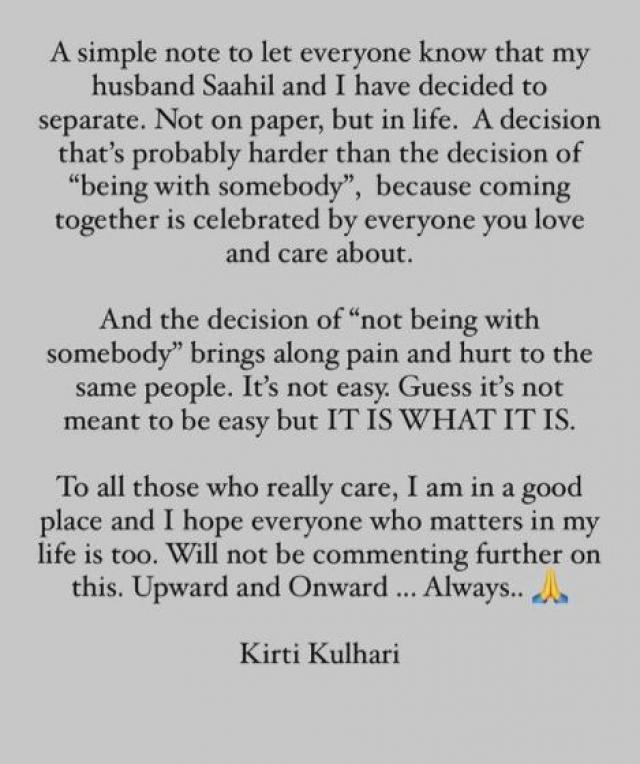 Here’s wishing all the best for her future endeavours.