Lisa Haydon Becomes A Mother For The Third Time, Announces Birth Of Baby Girl In The Sweetest Way Possible

Lisa Haydon who rose to fame after her stint in the Bollywood film, Queen had also starred in many other blockbuster films. Talking about her personal life she is married to Dino Lalvani. The couple had tied the knot in 2016 in a beach wedding and has been going strong ever since. They had welcomed their first son in 2017 whom they lovingly named Zack. Later, they had welcomed another boy Leo into their lives in 2020. And it was on February 8, 2021, when Lisa took fans by surprise yet again as she announced her third pregnancy.

Lisa was due on June 22, 2021, and we were eagerly waiting for her to announce the arrival of their little angel. However, Lisa seems to have decided to keep the news away from the limelight. But recently when a fan asked Lisa about the arrival of her third baby, her reply came as a confirmation of her baby’s birth. A fan had asked, “Hey can you tell me please wheres your 3 tiny baby,” to which, Lisa had replied, “in my arms.”

Earlier in an interview with Harper’s Bazaar Magazine, Lisa had revealed the gender of her baby and said that she is expecting a baby girl who is due on June 22, 2021. She also talked mentioned that her elder son Zack is very excited about the arrival of the baby girl. She was quoted as saying, “Zack, who is four now, is very excited about the prospect of having a little sister…I think he was a bit jealous when Leo came along, but he is now looking forward to being a big brother.” 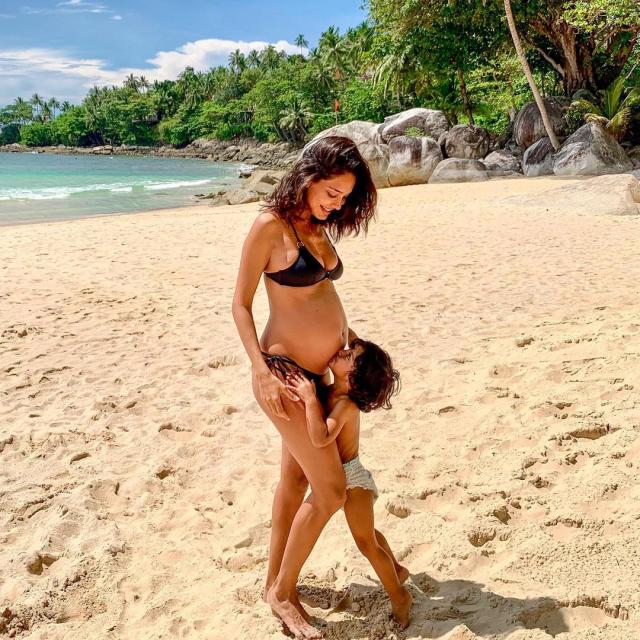 Here’s sending truckloads of happiness and good wishes to Lisa Haydon and her family!