Actress Kim Sharma and tennis player Leander Paees have often been spotted with each other. The couple has also shared pictures from their vacation in Goa last month. And have also been captured going out for dinners together. The rumors about their relationship were rife in the tinsel town which has now been cleared by the couple themselves. 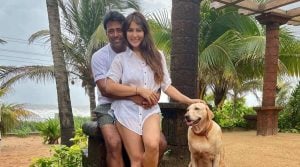 The Mohabbatein actress has made her relationship official with her beau Leander Paees, on her instagram handle along with an adorable picture. In the picture posted by the actress, Kim could be seen looking at the camera person while Leander Paees could be seen looking at his lady love. The picture is quite candid and is very adorable which has been captioned with lots of kissing emoticons by the actress.

Meanwhile, in an interview with a tabloid, Kim Sharma’s ex-boyfriend Harshvardhan Rane opened about his relationship with the actress, “There’s nothing to deny obviously, we are seen everywhere. We haven’t kept anything hidden till now. Since this is not work-related, I don’t know how to talk about it much, or what to discuss about it,” he said. 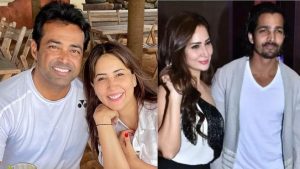 Talking about his breakup the actor said, “What went wrong is my DNA. It is clear that I was single for the last 12 years. There has to be a reason for sure because nothing happens without any reason. I started dating her and she is the most fun person on this planet earth,” he said.

The actor continued and said, “I really went through one of my best times. I think it is my DNA, it is my wiring, that I would like to blame. There’s a dialogue in Rang De Basanti – azadi meri dulhan hai, vaise hi main bolunga ki cinema meri dulhan hai. Bas Bejoy (Nambiar) sir banate rahe hai films, aur yehi hai mera relationship,” he concluded.