Khatron Ke Khiladi: Rahul Vaidya And Disha Parmar Gets Hilariously Trolled For PDA Before He Leaves For Cape Town

Rahul Krishna Vaidya(as Rubina Dilaik calls him) rose to fame after his stint at Bigg Boss 14. He often makes to the headlines because of his relationship with Tv actress Disha Parmar. The couple often makes us go aww with their mushy pictures on social media. To everyone’s wonder, Rahul and Disha who are said to be dating for a couple of years now but their relationship came to the limelight only after he went to Bigg Boss house . So many people call their relationship nothing but a publicity stunt.

And now, a few months later Rahul is again leaving for a reality show “Khatron Ke Khiladi” which is to be shot in Cape Town.  Yesterday night, Rahul was spotted with Disha at the airport and it was hard for his ladylove to see him leave. While their PDA caught the attention of many, some netizens are in love with their eternal love while some trolled them hilariously for their showing off and drama. 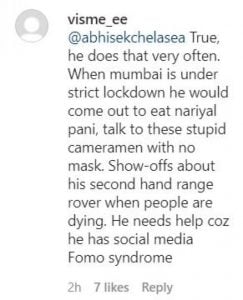 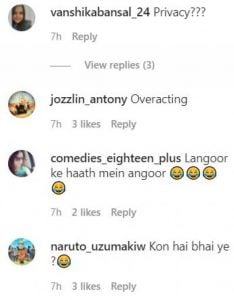 Apart from Disha and Rahul many other celebrities were also spotted at the airport leaving for cape town.The list includes Rahul Vaidya, Varun Sood, Divyanka Tripathi, Arjun Bijlani, Nikki Tamboli, Abhinav Shukla, Shweta Tiwari and Sana Makbul. Varun Sood was spotted along with girlfriend Divya Aggarwal and they were clicked kissing each other with their masks on. 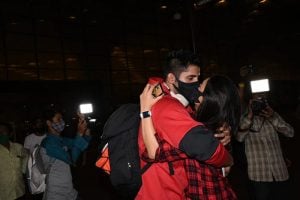 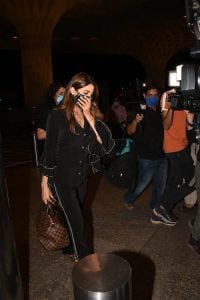 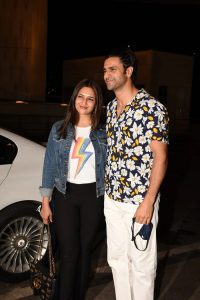 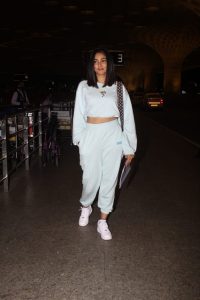