Kareena Kapoor Khan is undoubtedly the most stunning actress in the Bollywood industry. the diva knows how to carry herself at all moments. The paparazzi and cameraman are always stationed outside her house to catch glimpses of her. However, recently when the actress was spotted she got trolled for showing attitude. 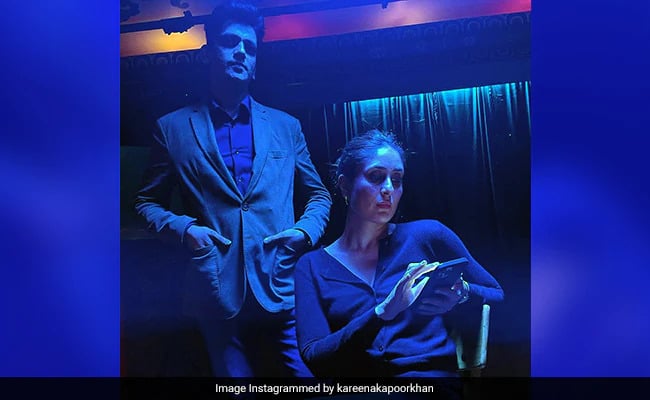 In the video shared by celebrity photographer, Kareena Kapoor Khan could be seen walking out of her house. Kareena is looking stunning in he white churidar along with ananrkali kurta she surpasses the papas without posing. As soon as the video was shared,the netizens blasted her for showing attitude and called her a snob. “itna ghamand kis bat ka hai isko,” wrote one user. “ek pose karne mei kya jata hai iska, photographer koi naukar thodi hain,” wrote another user. “she is a snobbish actress you guys should ignore her,” wrote another netizen.

Earlier, Kareena Kapoor Khan had posted a picture with Vijay Verma and asked him if he was reading her messages. To this, the actor responded by saying yes most of the messages were from ‘nawab sahab’ (saif ali khan) and Taimur and Jeh’s Nanny. ARJUN Kapoor also jumped into the conversation and wrote that then Vijay Verma must be knowing a lot of things.

On the work front, Kareena Kapoor Khan is working with Vijay Verma and Jaideep Ahlawat on a web series. The series is directed by Sujoy Ghosh and it will be the actress’s first OTT series. Apart from this, Kareena Kapoor Khan’s Laal Singh Chadha will be released soon in theaters.