Actress-model Urvashi Rautela shared a Boomerang video with Kangana Ranaut on Monday. In the video, both Urvashi and Kangana are seen posing in white, as they make a victory sign gesture with their hands. Sharing the video, Urvashi wrote that the two were going to a ‘secret location’ together. 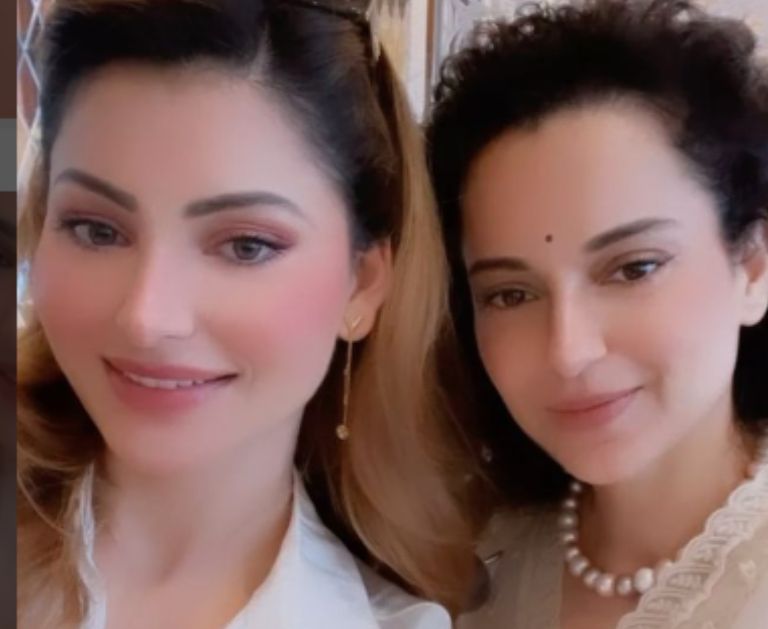 Urvashi shared a video on her Instagram. She wrote, “Here we go (airplane emoji) with my sister & ultra gorgeous @kanganaranaut sis to secret location.” Fans asked if they are collaborating on a film. Some said that they are looking like sisters. 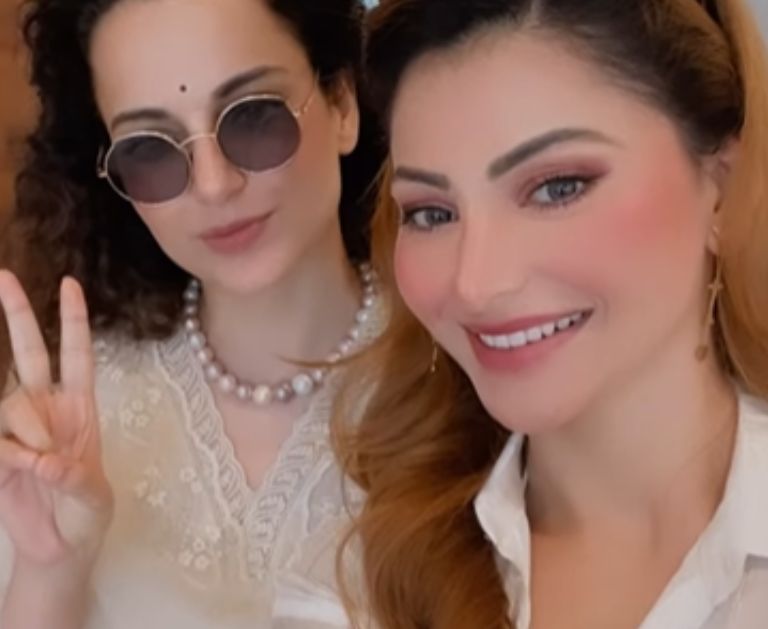 The video came just a day after Kangana Ranaut took to Instagram and wrote a note on her Instagram Stories that she would be suing Filmfare magazine. This happened when they invited her to their awards night and wanted to reward her for Thalaivii. The actress said that she has banned unethical, corrupt and totally unfair practices like Filmfare since 2014. But she has been getting many calls from them about attending their award function this year as they want to give her an award for Thalaivii. She said that she is shocked to know that they are still nominating her. It is beneath her dignity, work ethics, and value system to encourage such corrupt practices in any way. That is why she has decided to sue Filmfare.

Kangana is busy with her film Urgent. It revolves around the life of former Prime Minister Indira Gandhi. The film features her in the lead role of the late politician. The film stars Anupam Kher, Mahima Chaudhry, and Shreyas Talpade.

Here’s What Aishwarya Had To Present Her Mommy Darling Brindya On Her Bornday
Nawazuddin Siddiqui to star in Kangana Ranaut’s Tiku weds Sheru
Is Samantha Akkineni Planning To Shift To Mumbai? Deets Inside
When Kareen Kapoor Asked Sara Ali Khan If She Ever Had A One-Night Stand: Here’s What She Said
Bigg Boss 12 Winner Dipika Kakar To Give Price Money To Mother-In-Law, Plans To Buy This
Deepika Padukone Shares Her Relationship With In-Laws, For Ranveer’s Mom, She Is Her ‘Beti’
Here’s What You Need To Know When Planning Your Punta Mita Vacation..
Throwback Video: When Rani Called Now Enemy Aishwarya Rai Her Friend Forever
Forgot your Anniversary? Here’s How to Make up To Your Wife!