Kangana Ranaut, who has been embroiled in a public battle of words with producer-filmmaker Karan Johar for a few years now, on Thursday morning took to her Instagram story to share a couple of notes on late Captain Vikram Batra, and his recently released biopic Shershaah.

However, this time around, the Thalaivi actor only had good things to write about Karan Johar-produced Shershaah. The actor congratulated the team of the film for a ‘glorious tribute’ to the decorated officer. “National hero Vikram Batra was a Himachali boy from Palampur, very popular and loved soldier. When the tragedy happened, news spread like wildfire in Himachal, it slit through our hearts. As a kid, I remember being tormented for days,” read Ranaut’s first post. 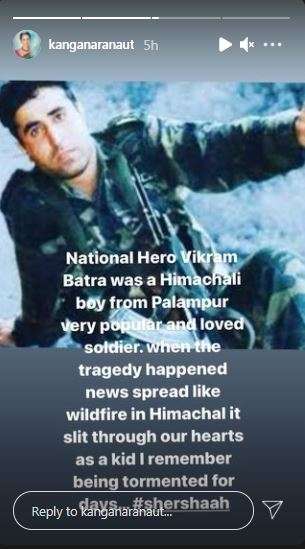 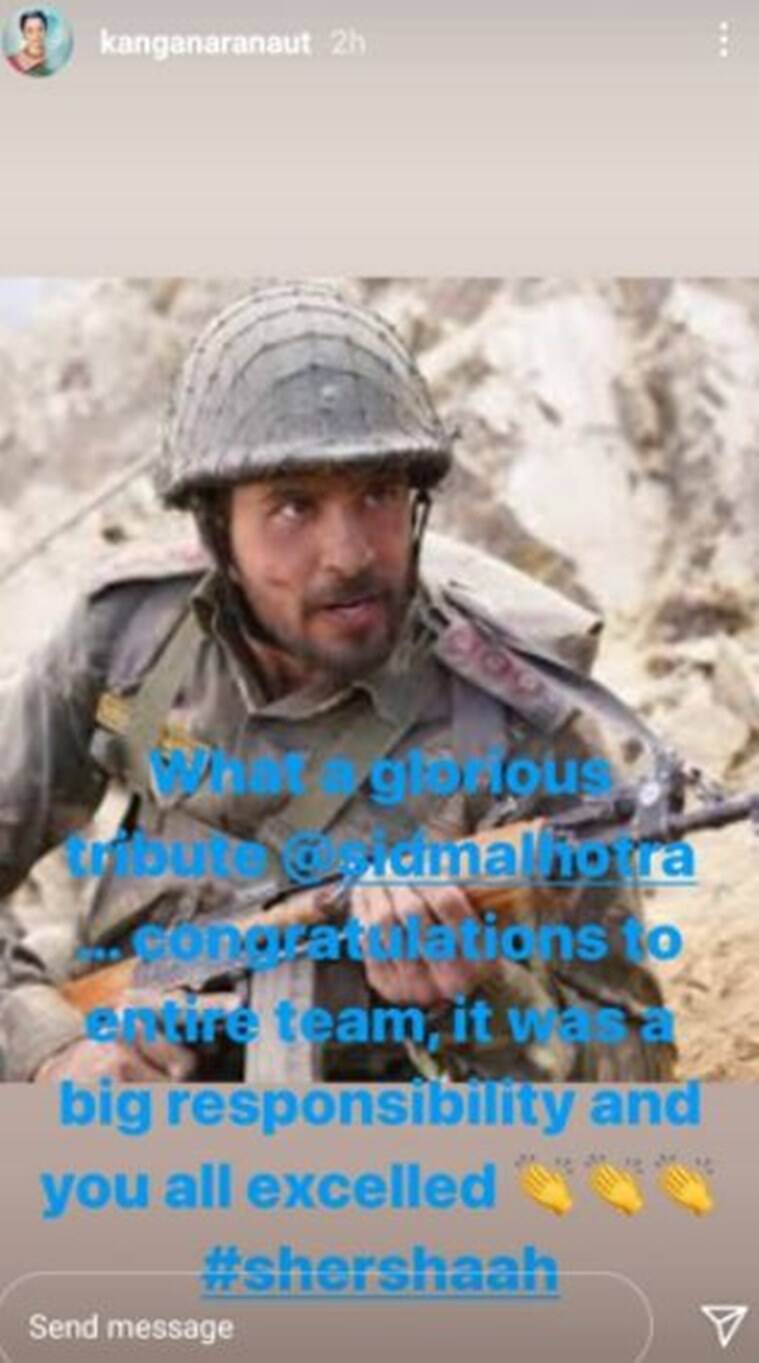 Heaping praise on lead actor Sidharth Malhotra, Kangana penned, “What a glorious tribute @sidmalhotra. Congratulations to the entire team. It was a big responsibility and you all excelled.” The team of Shershaah is yet to respond to the praise.

Shershaah has been receiving love from all quarters. The movie was lauded by south superstar Kamal Haasan as well. The actor had stated that watching Shershaah made his ‘chest swell with pride.’ “Right from my childhood as a film fan and a patriot’s son I resented the way Indian army was depicted in some of our Cinemas. Shershaah is that exception that makes my chest swell with pride for my soldiers. Thanks, @DharmaMovies for promoting a talented director like @vishnu_dir. Congrats @SidMalhotra and @advani_kiara, excellent work,” Haasan’s post read. 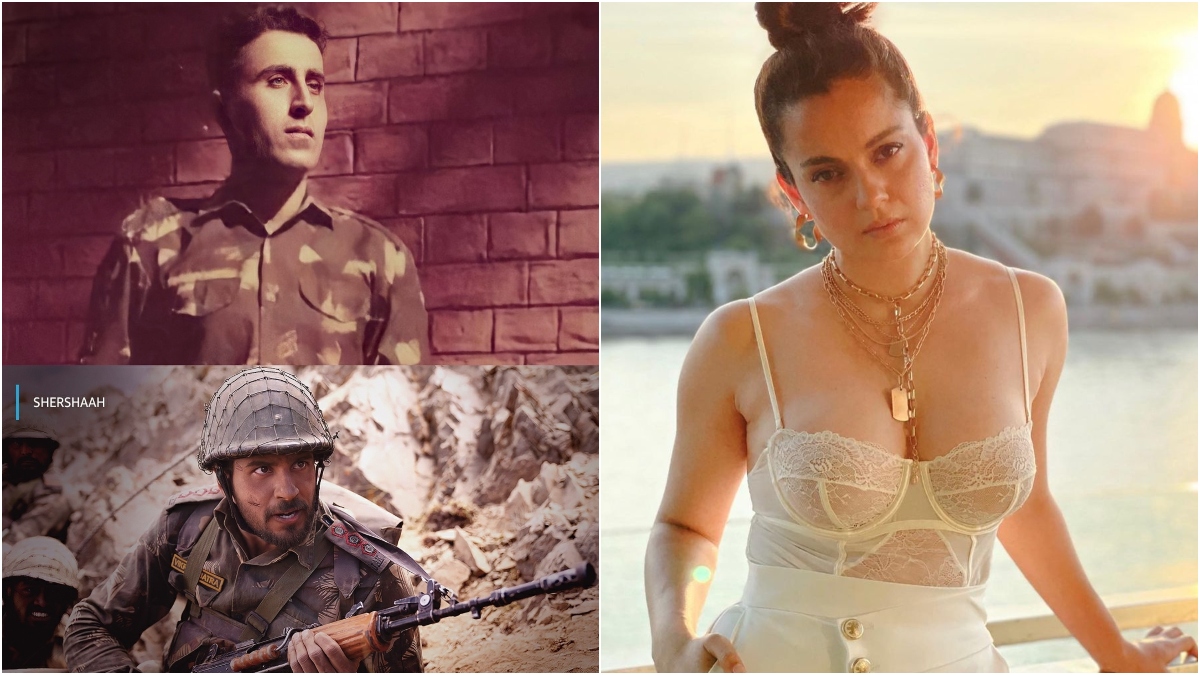 Shershaah stars Sidharth Malhotra as Captain Vikram Batra, while his real-life rumored partner Kiara Advani plays the decorated army man’s fiancee, Dimple Cheema. The war film has been helmed by debut director Vishnu Vardhan, while it has been bankrolled by Dharma Productions.

Nawazuddin Siddiqui Reveals Why A Girl Once Rejected Him, He Said, “Tujhe TV Pe Aa Kar Dikhaunga” Know Here Why!!!
Kajal Aggarwal Was Seen Dancing With Aishwarya Rai Bachchan On-Screen Before ‘Singham’
Savage Reply By Shikha Singh Who Was Trolled For Breastfeeding Post
Mika Singh To Host A ‘Swayamvar’, Rakhi Sawant Is All Set To Participate; Details Inside!