Janhvi Kapoor today is a known name in the entertainment industry. The diva made her debut with Karan Johar-backed film ‘Dhadak’ and since then there’s no looking back for her. Janhvi Kapoor after her first film has proved that she knows her job. The fans and followers of the actress loved watching her in Roohi, Gunjan Saxena: The Kargil Girl, and others.

Apart from her films, Janhvi is often in news because of her classy dressing sense and perfect makeup. Whenever the actress is spotted by the paparazzi at any event, she grabs the attention of the people in no time. However, her latest outing with friends Ananya Panday and Shanaya Kapoor got her trolled for her backless dress.

Janhvi opted for a nice blue backless jumpsuit for a casual dinner and kept her makeup simple and minimalistic. In the pictures and video posted by the paparazzi, Janhvi Kapoor could be seen coming out with Ananya Panday and Shanaya Kapoor when she first posed for the cameras and then sat inside her car. 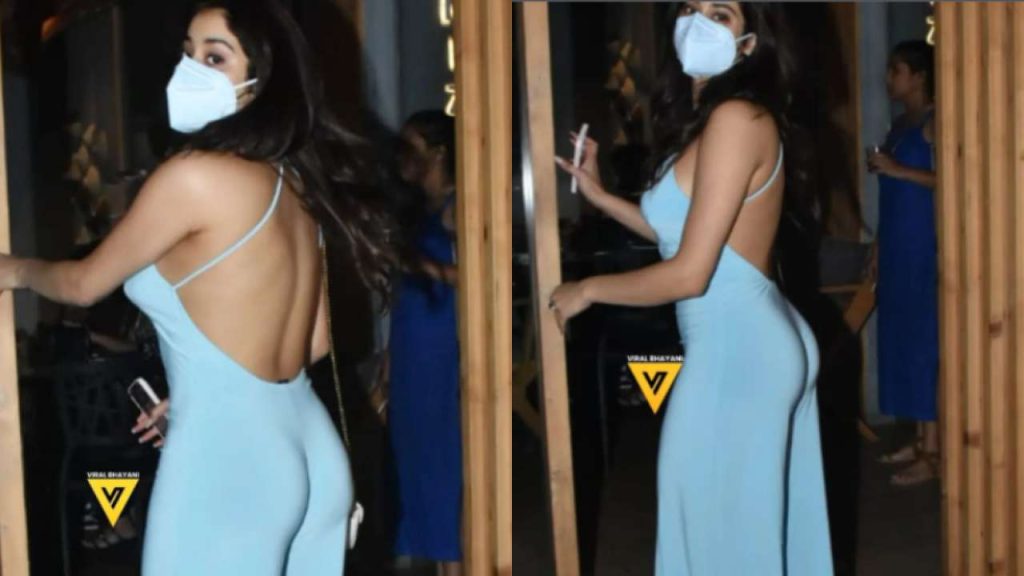 Although a section of users also praised the dressing sense of the actress, “she knows how to carry every dress,” wrote one user. “Janhvi is looking stunning.” Another one wrote, “Janhvi is also hott.” Some of her fans also dropped heart emojis.