The blockbuster and mega-hit film RRR has recently crossed the Rs 1000 crore mark all over the world. The audiences have showered their love for the film and its star cast Jr NTR, Ram Charan, Alia Bhatt, and Ajay Devgn. Recently, the makers of the film including the director SS Rajamouli threw a success party for the film fraternity in Mumbai which was attended by many Bollywood celebrities. 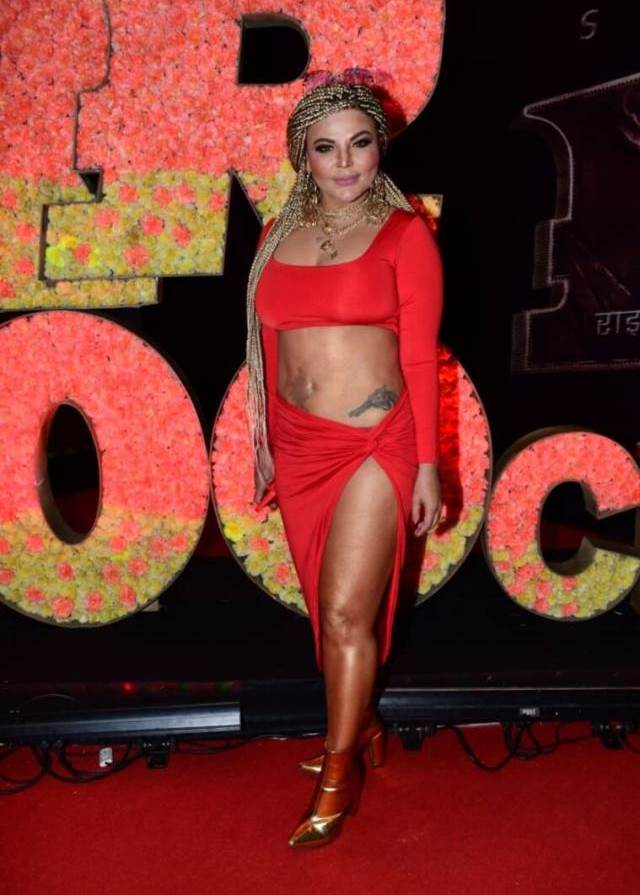 However while posing with Johny Lever, the actress and dancer faced a wardrobe malfunction. In the video posted by Paparazzi, Rakhi could be seen holding her skirt which slipped down from the front. The actress was undoubtedly looking gorgeous in her crop top and body-fitted thigh-high slit skirt. Rakhi also wore a blonde wig to complete her look and give it a funky twist.

While posing, Rakhi Sawant could be heard saying ‘Johny Ji hmare sweetheart hain,” while holding her skirt. Although, Rakhi Sawant completely rocked the looked and shook her leg on the famous ‘Nacho Nacho’ song.

Earlier, Rakhi Sawant was in news because of her relationship with ex-husband Ritesh. The actress suddenly announced her divorce after stepping out of the Bigg Boss house.