In Pics: Mommy-To-Be Kishwer Merchant Looks Radiant In A Pink Lehenga And Red Chooda At Her Baby Shower

Kishwer Merchant and Suyyash Rai are all set to embrace parenthood. The couple recently celebrated as they embark on a new journey of parenthood with a traditional godh bharai ceremony. The couple also treated their fans by sharing pictures from the celebrations which seem to have been quite an intimate affair. For the traditional ceremony, Kishwer was looking resplendent dressed in a pink lehenga which she paired up with “red chooda”  while the daddy to be looked dapper in blue kurta pajama.

From decoration to outfits and merriment everything looked quite eventful.  In some of the pictures, Kishwer was seen observing the traditional ceremony decked up in a red dupatta where she was being offered gifts by close friends and family.  Suyyash had also arranged for a huge teddy decked with balloons and a scrumptious cake. 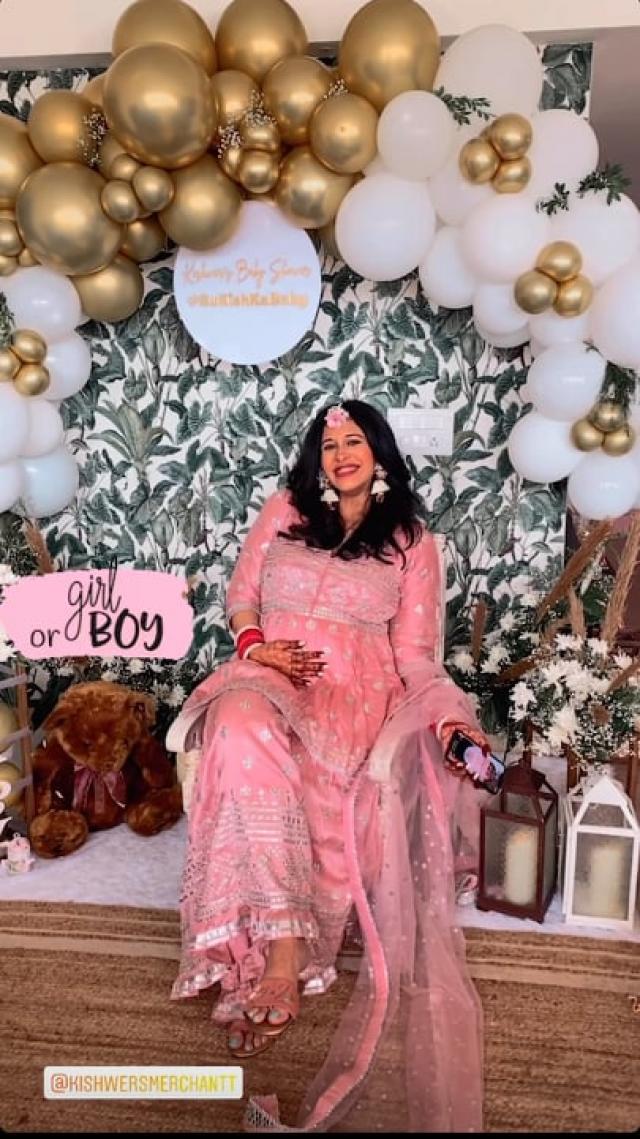 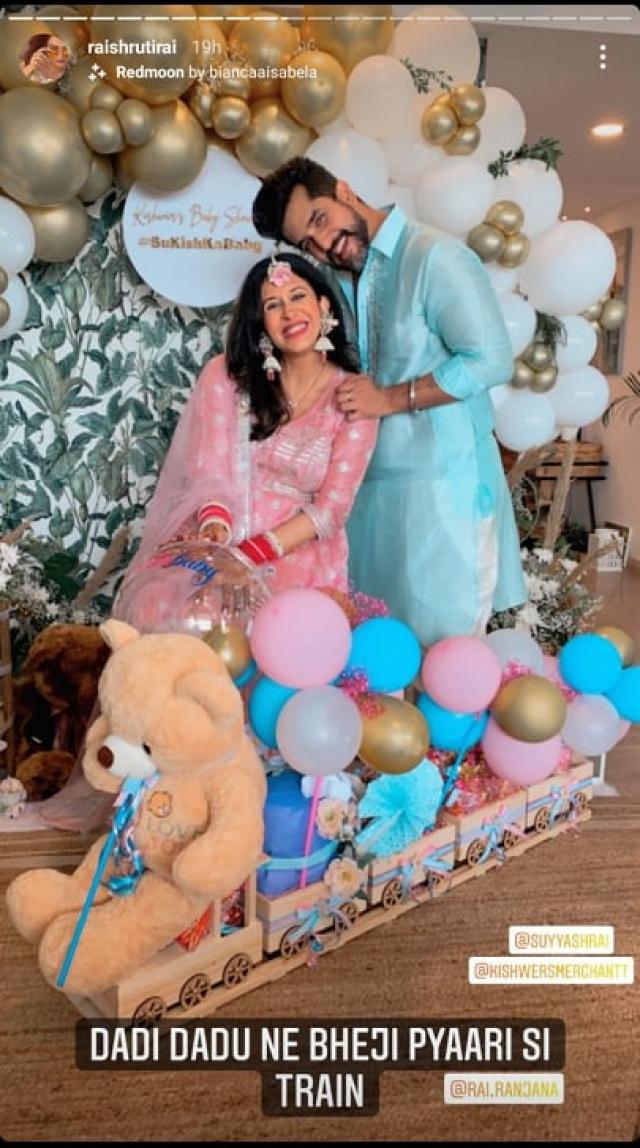 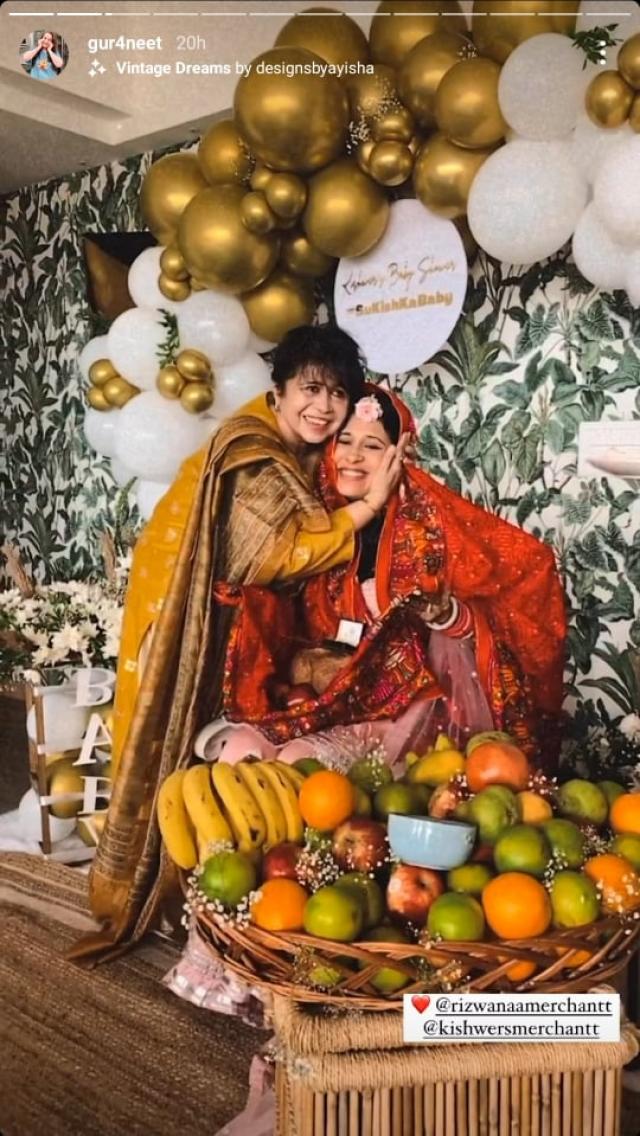 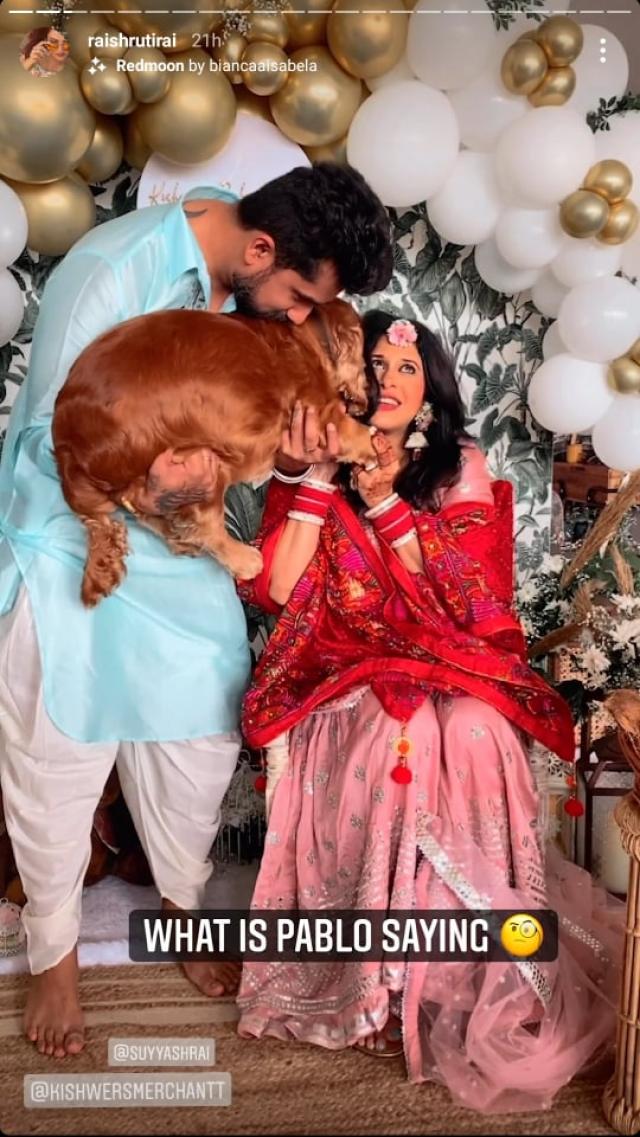 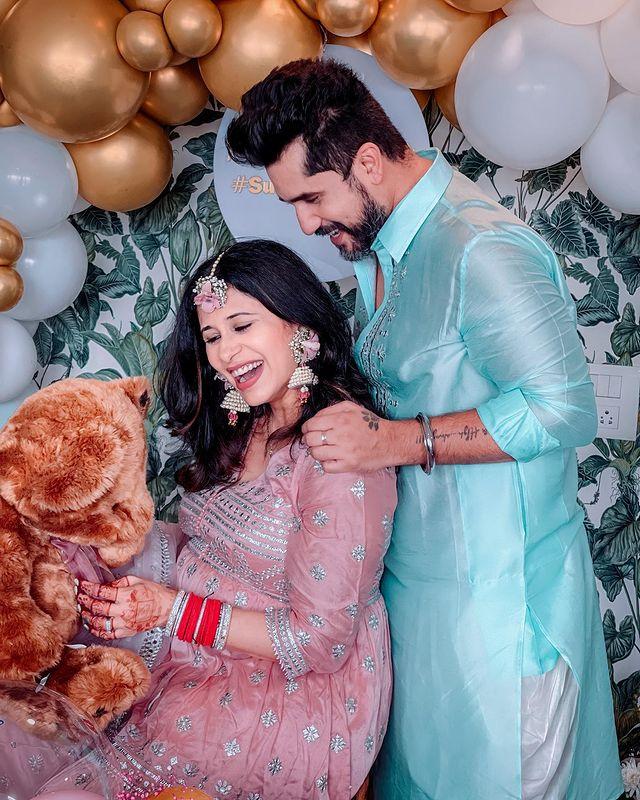 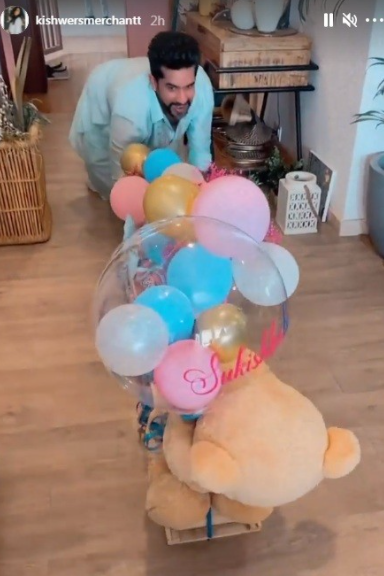 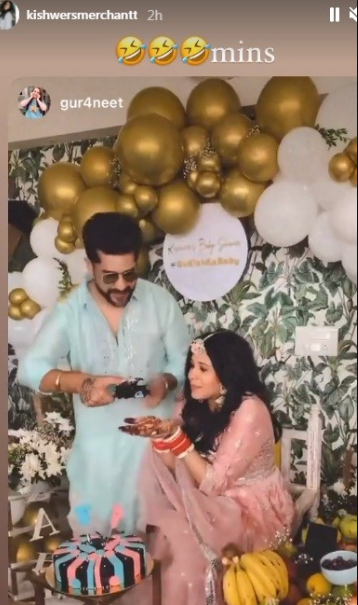 After the traditional ceremony took place Kishwer was seen dressed up in a lavender gown which she paired up with a tiara and exquisite jewelry. She took to social media to share the pictures and wrote top of it, “Ready for round two”. Take a look: 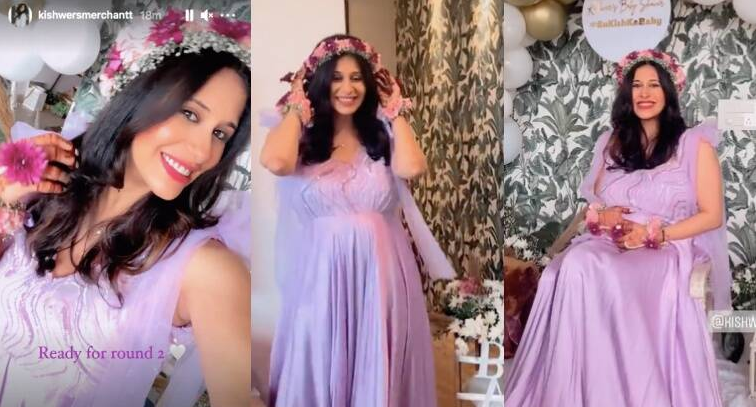 Earlier this year the couple had shared the news of their pregnancy on social media. Sharing a happy picture of them both Kishwer and Suyyash had shared the same picture on their respective social media handles with the caption, “We are pregnant”. Check it out:

We wish Kishwer an easy and healthy pregnancy!