Human beings are social animals. We need to interact and connect with fellow human beings in order to thrive. While there has been a significant increase in the use of social media platforms over the last few years, it has emerged as a vital tool of communication, particularly during the pandemic. It gave a sense of assurance to those who were away from their loved ones and were stuck in distant parts of the globe due to lock down restrictions. People, especially youngsters, use social media platforms to stay in touch in with their friends and family members, to obtain information and most importantly, to share their political views and to voice their opinions on various issues. 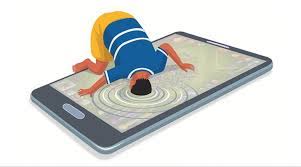 However, excessive reliance on social media tends to make a significantly large number of people, susceptible to developing feelings of anxiety, hopelessness, depression, inadequacy and loneliness. In the era of digital surveillance, social media has virtually transcended the boundaries of all spheres of human life. At a time when experts and communities across the globe, are trying to normalize the entire discourse around mental health, it becomes extremely important to understand and analyse the impact of social media on the same. Overuse of social media platforms has been found to perpetuate various problems 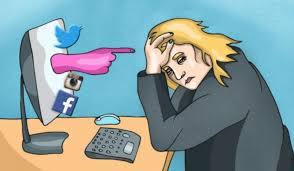 If you find yourself spending more time with your phone than with your friends and family members, if the constant urge to post content or respond to notifications makes it extremely hard for you to focus on studies or work, and to make time for other activities, if you have been unhealthily comparing yourself with other social media users and if you have been experiencing bouts of anger, anxiety and depression, you are probably suffering from social media addiction. In order to deal with this, you need to find ways to channelize your energy in the right manner. Reduction in screen time, developing a new hobby, learning a new skill, inculcating the habit of reading books and going for a social media detox, can help you get rid of the unhealthy obsession with social media.