Mira Rajput rose to fame when she married the leading Bollywood star, Shahid Kapoor. She has even been on the cover of Vogue and also attended a number of red carpet events. She is now a mother of two kids- Misha and Zain and is busy being the perfect mom. Lately, she has been at the receiving end of trolls for not dressing appropriately for her yoga session.

Mira Rajput was spotted as she was heading to her car post her yoga session. In the video shared by celebrity photographer Manav Manglani, the star wife can be seen rocking a cute satin skirt and a sleeveless top. But it didn’t go down well with the netizens who trolled her mercilessly for her “inappropriate” choice of outfit for the yoga session.

One user commented, “That skirt is very unflattering! She looks better than this.” Another wrote, “Who dresses like this for yoga? Mira, at least dress right for the occasion.” Another said, “Isko kyu famous kr rhe ho faltu mein bhav khati hai”. While another wrote,”who is she? She’s not Actor, singer or anything. I just know she merried with actor. However, some people were in awe of Mira Rajput and complimented her for the outfit, One user wrote, “cute,” while another commented that she looked gorgeous in the short dress. 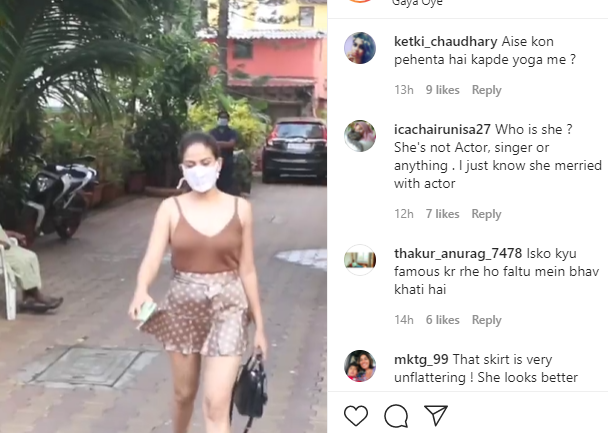 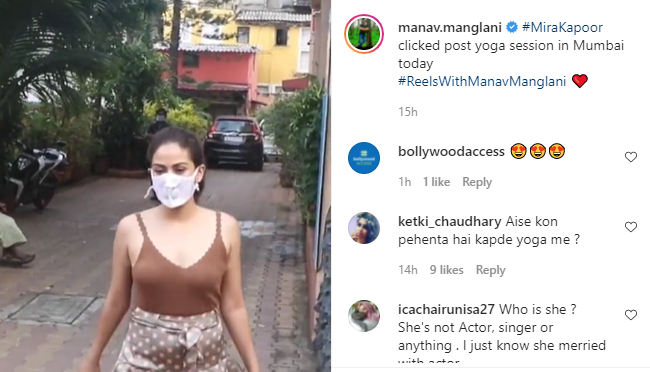 Mira is no stranger to social media trolls and has often found herself battling people passing lewd comments ranging from her fashion choices to her decision of being a homemaker apart from other aspects.