Hungama 2 to stream on Disney+ Hotstar from July 23

Hungama 2 has been one of the most anticipated releases of the year for several reasons and now, the film is all set to be streamed on Disney+ Hotstar from July 23 onwards. As a result of the ongoing pandemic, the makers of the film have decided to go for a digital release. It is a sequel to the 2003 blockbuster, Hungama which starred Paresh Rawal, Rimi Sen, Akshaye Khanna and Aftab Shivdasani in the lead. The first trailer of the film was launched by actor Akshay Kumar on Thursday. The actor took to various social media platforms to share the trailer of the film. Directed by Priyadarshan, the film stars Shilpa Shetty Kundra, Paresh Rawal, Meezaan Jaffri and Pranitha Subhash in lead roles. It marks the comeback of Bollywood actress Shilpa Shetty Kundra who was last seen in the 2007 film, Life In A Metro. It also marks Priyadarshan’s return to Bollywood after an eight year long hiatus. 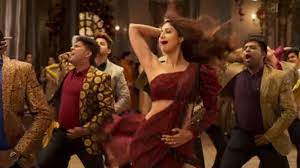 The trailer of the film seems to guarantee a laughter riot. It also features a remixed version of the 90s chart buster song Chura Ke Dil Mera Goriya Chali, which was originally picturised on Shilpa Shetty and Akshay Kumar in the film, Main Khiladi Tu Anari. Just like several other Priyadarshan films, Hungama 2 derives comedy from confusion. Actor Paresh Rawal is seen reprising his role as Radheshaym Tiwari from the first film, which was also directed by Priyadarshan. The shooting of the film was wrapped up in February this year.