“He Handled It Well” Ranveer Singh Wins Heart After A Journalist Couldn’t Recognize Him; Video Inside

Ranveer Singh is a known celebrity in the country. The actor is widely popular for his talent and candid attitude. The actor over the years has started gaining popularity worldwide, however recently a journalist forgot to recognize him. But what caught everyone’s attention was the actor’s actions that followed the incident. 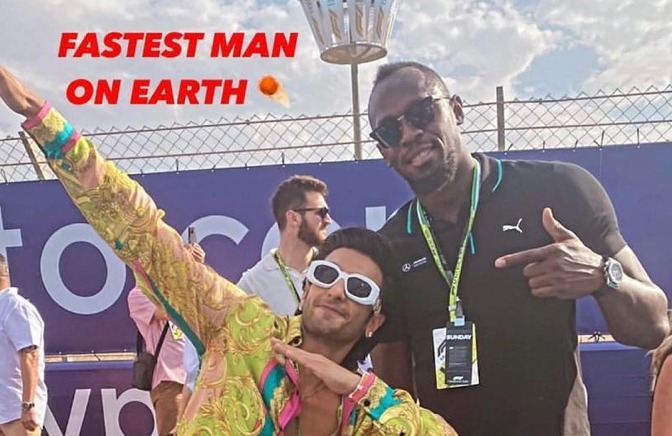 It so happened, that Ranveer Singh was in Dubai to attend the F1 formula race and was highly excited and posting everything from the event. Amid the entire hustle and bustle going on at the event, a journalist named Martin Brundle made his way out of the crowd and spotted Ranveer Singh. The journalist ‘momentarily’ forgot who he was and asked him ‘Who are you?’. the commentator had also asked Ranveer how he was feeling, to this the actor replied, “On top of the world.” 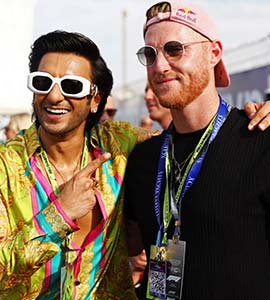 What followed after that won the hearts of netizens. Ranveer Singh didn’t get annoyed or felt disrespected but he instead introduced himself. The actor humbly responded to the journalist and said he is an actor from Mumbai and is an entertainer. The actor’s response made the netizens respect him more and they started applauding his response. 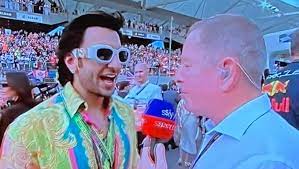 “he is really humble and kind,” wrote one user, “any other actor in his place would have got offended,” wrote another user. “he definitely handled the situation well, he deserves respect,” commented another user, “what a response by Ranveer Singh the journalist couldn’t ask anything further,” wrote another netizen.

I know people are trolling them here but got to admire how professionally and respectfully both @RanveerOfficial and @MBrundleF1 handled this exchange. Very well done!#RanveerSingh #MartinBrundle #F1 #AbuDhabiGP2022pic.twitter.com/M9ybq4H0iU

Meanwhile, the actor had earlier received an award in Dubai where he had got emotional remembering his struggling days.