Hansika Motwani had started her career as a child artist and went on to star in many superhit films. The actress had actively worked in the south Industry and in a few Bollywood films. The actress is still being remembered for her role in Koi Mil Gaya, where she worked with Hrithik Roshan. She recently tied the knot with her long-time partner Sohael Kathuriya at a vintage palace in Jaipur. The bride made a dreamy entry and garnered all the attention. 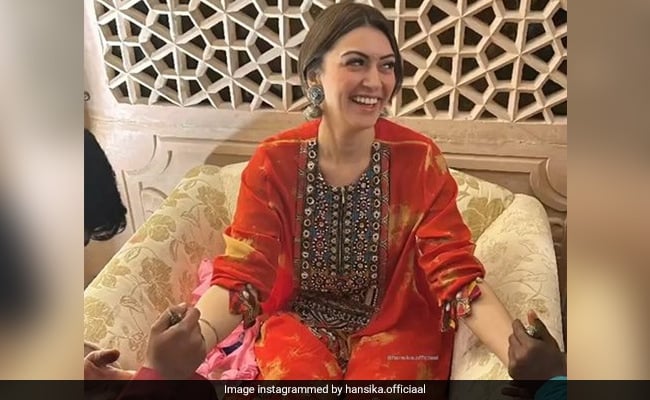 Now, the photos of their Haldi, Mehendi, and Sangeet ceremonies are going viral on the internet. And, the wedding ceremonies were attended by all the family members and friends of the couple. In the photos, Hansika could be seen wearing a red lehenga and Sohael opted for an ivory sherwani. In a series of pictures, Hansika is looking for the cool bride who is posing with her girl squad. 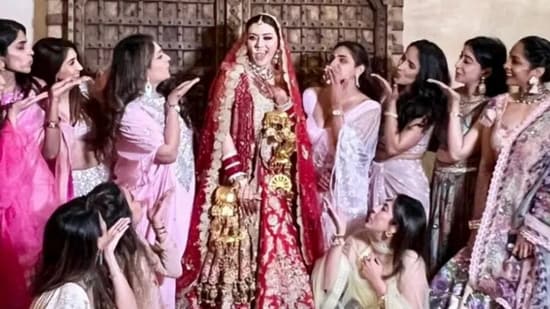 A few fan pages have also shared the actress’s entry to the mandap for her pheras and it absolutely beautiful. In another video, Hansika and Sohael could be seen walking toward the mandap while holding each other’s hands after Varmala. According to the reports, the couple has followed Sindhi rituals for their wedding. 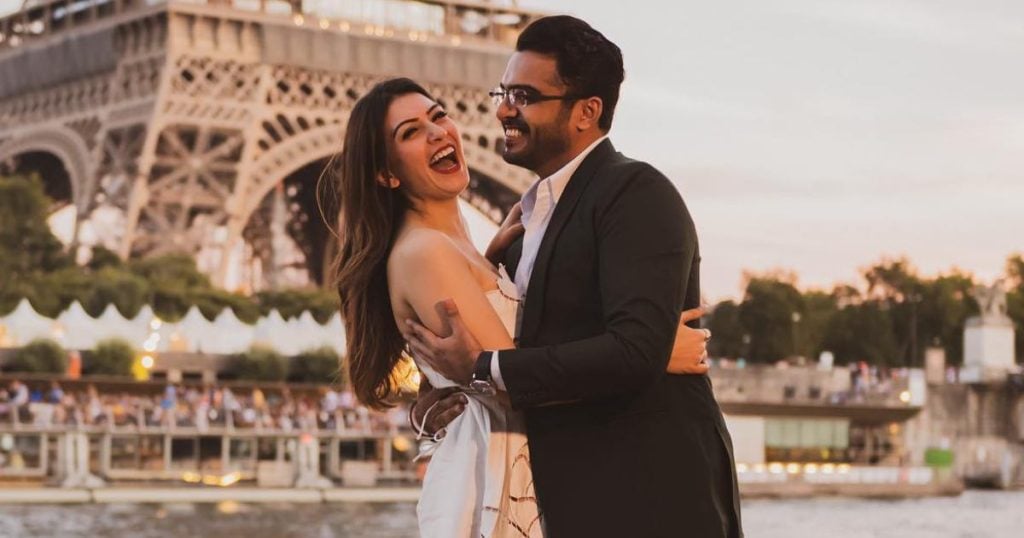 Earlier, a few more pictures from the couple’s Haldi ceremony were doing rounds. The actress had also shared the photo from her proposal in Paris. In the photo, Sohael had proposed married to Hansika in front of the Eiffel tower. She even celebrated her Bachelorette in Greece and mentioned in the caption that it was the best bachelorette ever.