Wonder Woman actor, Gal Gadot is now a mother of three beautiful girls. On Tuesday, she and her husband, Jaron Varsano were blessed with a baby girl. The couple has named their daughter, Daniella. The Justice League star took to Instagram to share the good news with her fans. She posted an adorable family portrait in which her eldest daughter Alma can be seen cradling her new born sister. Gadot also posted a lovely caption – “I couldn’t be more grateful and happy (and tired). We are all so excited to welcome Daniella into our family. I’m sending all of you love and health. GG.” 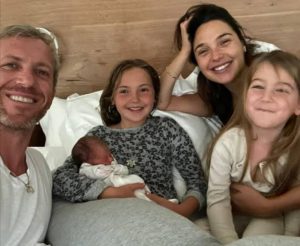 Jaron also posted the same picture on his Instagram page and wrote – “And now we are five. So happy and grateful. My dear wife is a lioness. So thankful and humbled by your powers.” Many celebrities, including Priyanka Chopra Jonas, January Jones and Kate Hudson, showered heaps of love and blessings on the couple and their new born baby. In March, Gal Gadot had announced on Instagram that she is expecting her third child with Jaron. 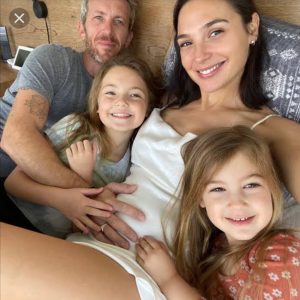 Gadot married Israeli real estate developer Jaron Varsano in 2008. The couple welcomed their first child, a daughter named Alma, in 2011. In 2017, Gadot gave birth to her second child, another daughter named Maya. On the work front, Gadot is all set for the release of her film – Death on the Nile that also stars Bollywood actor Ali Fazal. She will also been seen in the Netflix film – Red Notice along with actors Dwayne Johnson and Ryan Reynolds in the lead.

Memory Lane: Janhvi Kapoor Mentions Her Mother Sridevi’s Advice In An Interview, “Never Rely On Anyone”
Jacqueline Fernandez Skips ED Date, Gets A New Summon To Put Light On Transactions And Funds Allegedly Linked To Actress In Money Laundering Case
Mahhi Vij Opens Up On Abandoning Her Foster Kids, Says, “We Have Not Adopted Them, They Have Parents”
Nick Jonas Went Out Of His Way To Celebrate Priyanka’s B’day, Pictures Inside