Bollywood stars Sunny Deol and Ameesha Patel starrer Gadar 2 shooting has finally started. The lead actress Ameesha Patel took to her social media and she has shared the pictures from the sets. It will surely take you back in memory lane. The film Gadar: Ek Prem Katha was a super hit romantic drama at the box office and it was released in 2001.

After 20 years, now, the second part of the film is being shot. The film in 2001 was directed by Anil Sharma and the story was based on the Partition of India in 1947. Loosely based on the life of Boota Singh, the film stars Sunny Deol and Amisha Patel in lead roles. Gadar 2 helmed by Anil Sharma and a sequel to the 2001 film Gadar Ek Prem Katha starts rolling from today near Amritsar in Punjab. 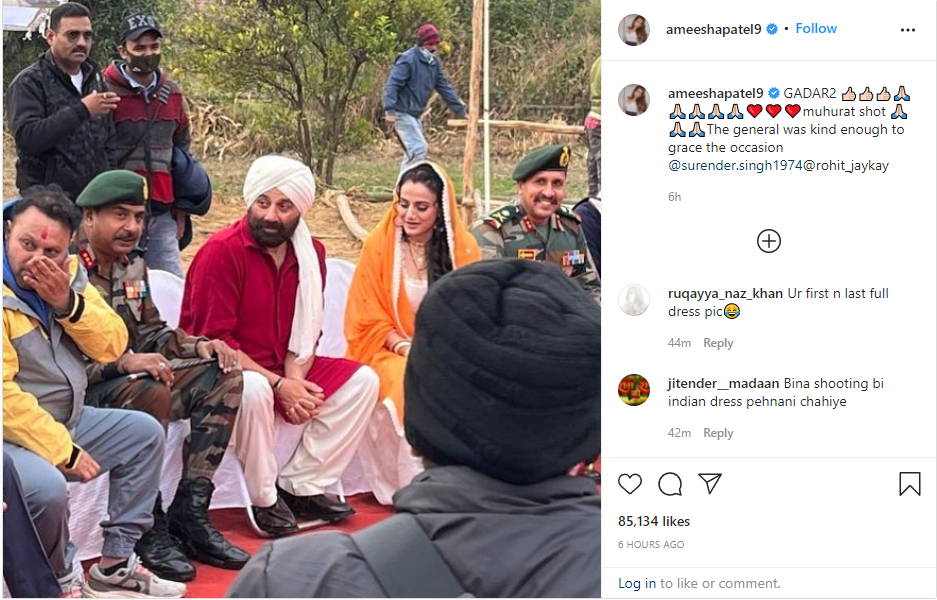 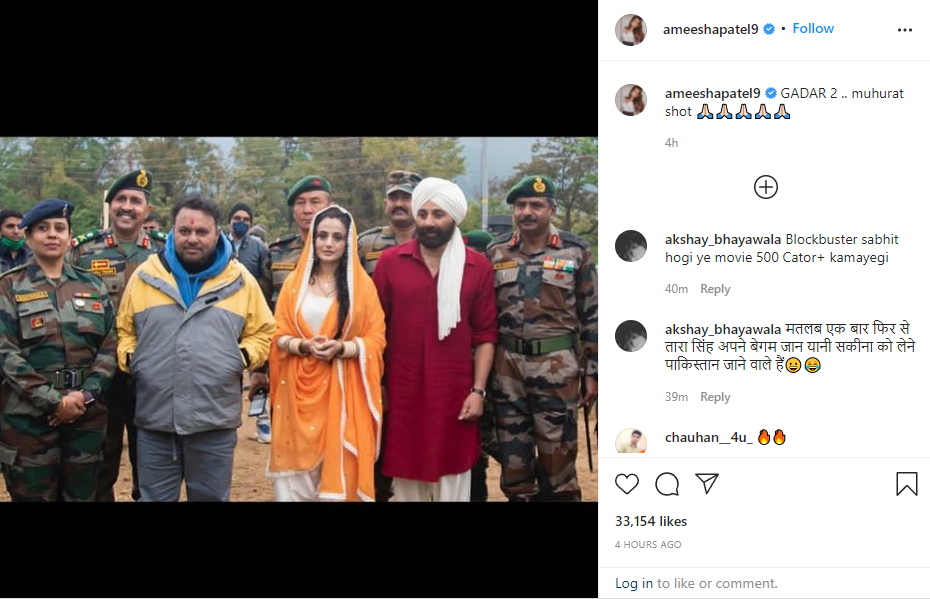 In an interview, Sunny Deol talked about his character Tara Singh and said, “The character made a special place in the audiences’ hearts. People back then had started calling me Tara Singh. Such was the impact. It will be interesting to see how his story pans out this time around. It remains one of my most favorite performances to date.”

Speaking about the film, Gadar was one of the iconic films, wherein Tara Singh goes all the way to Pakistan to bring back his love and mother of his child Sakina. The film won numerous awards whether it was in music, acting, or direction categories. The motion picture revealed the leading cast of the Gadar 2, Sunny Doel will essay the role of Tara Singh, Ameesha Patel as Sakina, and Utkarsh Sharma as Jeet, son of Sakina and Tara. The film is written by Shaktimaan and produced by Zee Studios. The Film music will be composed by Mithoon.