Saif Ali Khan and Kareena Kapoor have been married for almost a decade now. The couple makes young hearts flutter with their sizzling chemistry and adorable PDA every time they step out. The couple welcomed their first child in 2016 whom they lovingly named Taimur Ali Khan who became a sensation in no time. But unlike the last time, when Taimur was born,  this time Saif and Kareena have refrained from posting pictures of their newborn son Jeh’s face on social media.

And now it seems like our wait is over as after five long months we caught a clear picture of Jeh as he stepped out with his parents Saif Ali Khan and Kareena Kapoor Khan to visit Nanu Randhir Kapoor’s home. Jehangir can be seen wearing a blue and white onesie as daddy Saif held him in his arms. Take a look: 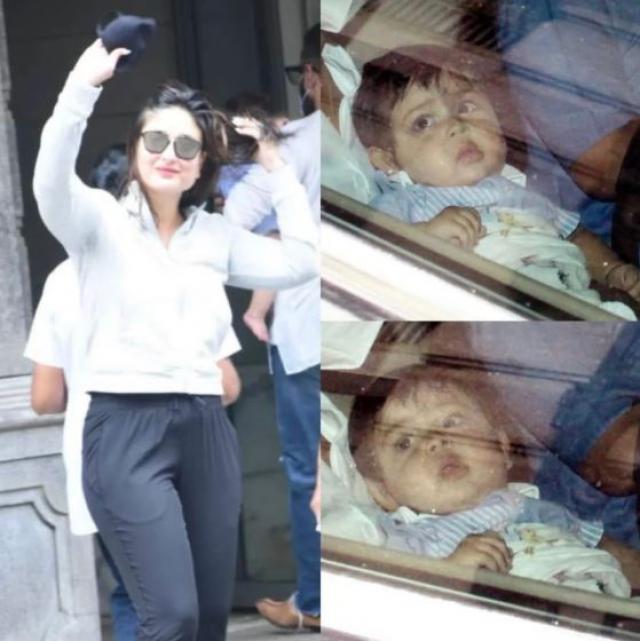 Sometime back, Randhir Kapoor had mistakenly shared a collage of Kareena’s second child only to delete it later. Although Randhir Kapoor had deleted the post in no time the netizens were quick enough to capture a snapshot of the same. In case you missed it take a look: 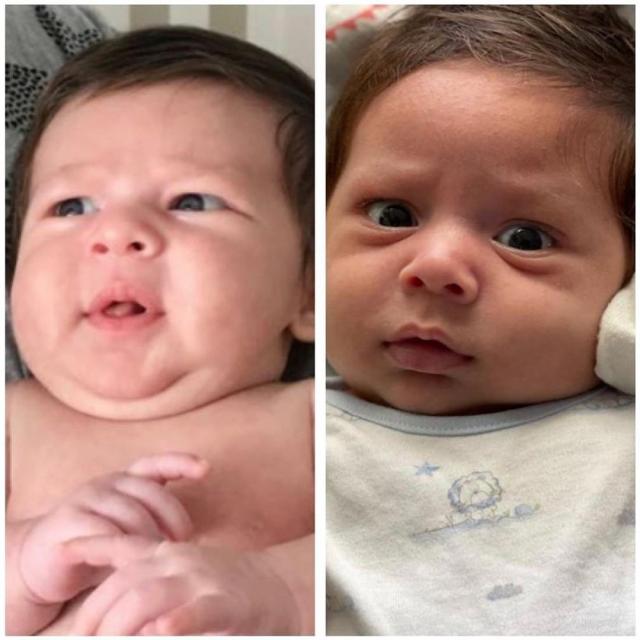 Kareena and Saif’s newborn looks cute as a button. What do you guys think? Do let us know in the comments section below.