FIR Filed Against Rakhi Sawant And Her Brother In A Fraud Case; Actress Calls It A Publicity Stunt

It seems that Rakhi Sawant’s name will never fade away from the headlines. Since yesterday, Rakhi has been making headlines for a legal case that has been filed against her and brother Rakesh Sawant in Delhi. According to the reports, the sibling duo along with one more person Raj Khatri has done fraud with a Delhi-based person named Shailesh Srivastava.

Shailesh who is a retired bank employee allegedly met Rakhi’s brother in order to start a business and gave Rs. 6 lakh to Rakesh. However, Rakhi Sawant and her brother failed to do the same and when they decided to pay him back, Shailesh found out that the signature on the cheque was forged. As per the reports, Shailesh hasn’t received his money yet so, he filed a fraud case against the sibling duo in Delhi. 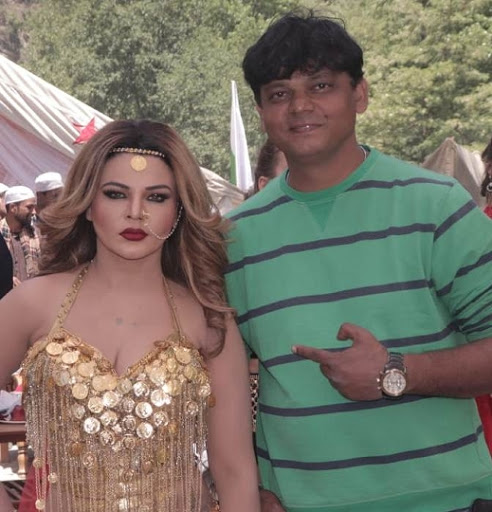 When Rakhi’s brother Rakesh Sawant was asked about the same, he said, “I invested Rs 3 Lakh for the renovation of the institute in 2017. But just before we could open the institute, I had to return to Mumbai for my mother’s stomach operation. I was here for a month and when I went back to Delhi, I got to know the place was rented to some Sardar ji. So, when I had come back to Mumbai for my mother’s operation in a hurry, I had forgotten my cheque books and some more stuff back in Delhi, which I got to know have been misplaced. In fact, I had even filed a complaint for my missing cheque books and some more stuff. I had even informed my bank to stop all withdrawals.”

Upon being asked Rakhi’s role in the matter, he replied, “Rakhi has nothing to do with all this. She has no clue about the deal. I called Shailendra so many times on returning to Delhi, at that time they never took my calls. And now, when Rakhi has come out of the Bigg Boss house, they are using this opportunity to gain publicity by presenting my old cheque books and claiming that I have done a fraud.”