If you’re a follower of the celebrity chat show ‘Koffee With Karan’ then you must remember the episode when Sara Ali Khan came with Saif Ali Khan. On the show actress openly said that she wants to marry Ranbir Kapoor and would love to date Katrik Aryan. After the show got air, people started demanding the filmmakers cast them together. 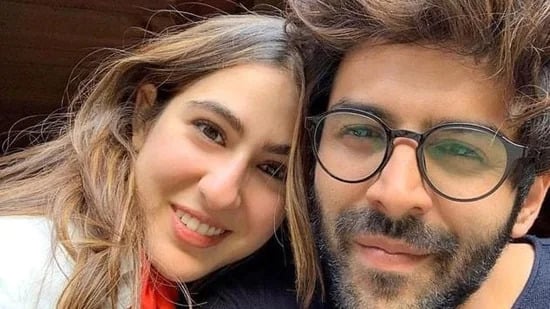 The wish of the fans was granted soon when Imtiaz Ali made the film ‘Love Aajkal 2’ with the two young stars. The movie didn’t do well at the box office but the bond between Sara and Kartik was in news. They got close during the shoot and soon the rumors about them dating started doing the rounds. However, after a few months in the relationship, there was news about the breakup which had hit the headlines. Now, recently the couple came face to face after their split at an award function. The videos that are doing the rounds on the internet show how awkward Kartik Aryan is after meeting Sara Ali Khan. Sara on the other hand is trying to maintain her calm and is also posing with the actor. The paparazzi demanded them to come together and pose for the cameras and both obliged.

As soon as the video went viral netizens couldn’t help but notice how awkward the two were together. “itna kya uncomfortable horhe hain ye log,” wrote one user. “jab movie hit hojati hai to ex bhi ajati hai,” wrote another netizen. “this is so awkward and uncomfortable for the two of them,” wrote another user.

Meanwhile, the award function was attended by many celebrities of the B’twon including Kriti Sanon, Ayushmann Khurrana, Kiara Advani and others.