Deepika Padukone’s starer ‘Gehraiyaan’ has been getting mixed reactions from the audience. A section of people is watching the movie again and again for its amazing and intriguing plot, while others are finding it boring and illogical. Amid all the reactions something happened on Tuesday evening which left the netizens in splits but also offended the true fans of the movie. 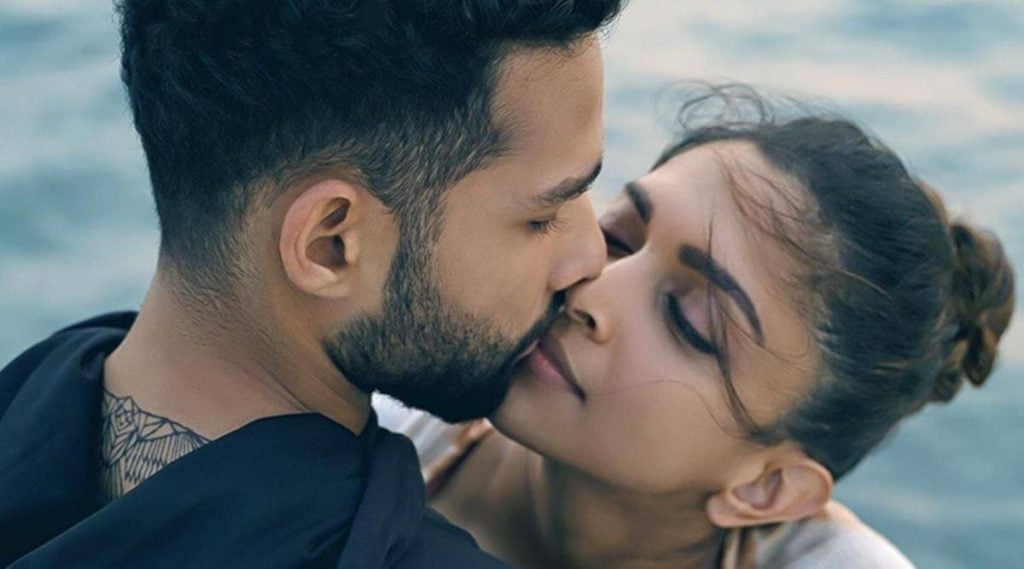 The movie directed by Shakun Batra has been produced by Dharma Productions and is available on amazon prime for the public. Yesterday, the official Instagram handle of Dharma Movies accidentally shared a negative review but later deleted it. The tweet was written by a netizen named Adnaan Khan who did not enjoy the movie and wrote, “The only Gehraiyaan after watching Gehraiyaan are the ones in my brain because of all the brain damage that movie gave me”. 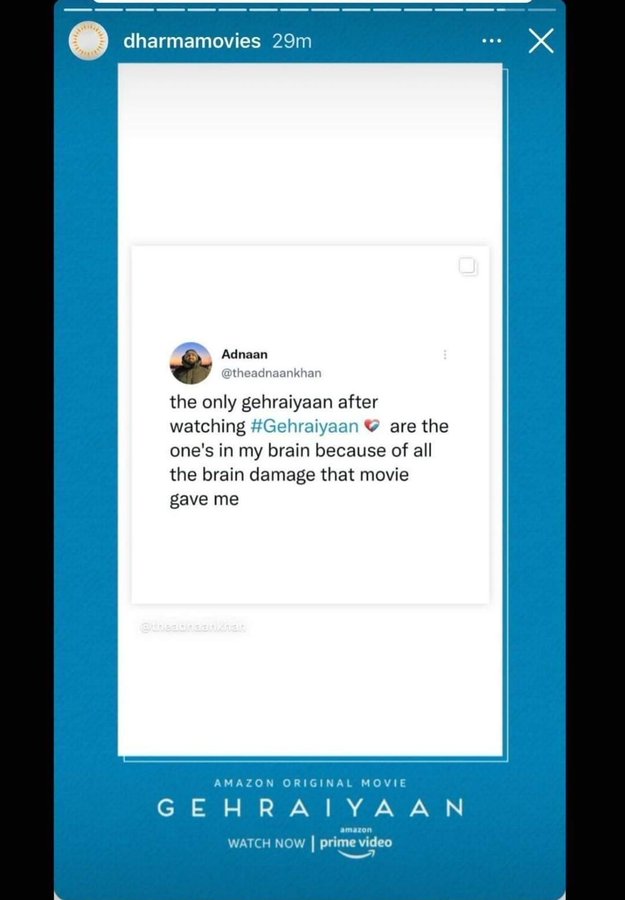 As soon as the tweet posted by Dharma productions went viral, people started trolling and laughing at the mistake. The user who had originally written the review took his handle and wrote, “Some intern is getting fired today,” with crying emoticons. Other users joined Adnaan and wrote ‘ye kis ne kardiya ab?’. Another user said that Dharma itself believes that the film was not good, “inko khud kop ta hai movie achi nhi banayi”.

Although the tweet was immediately deleted from the social media accounts of dharma it did create some buzz. Meanwhile, Deepika Padukone’s performance in the film has been praised by everyone. After watching the film critics have also felt that it is the best work of the actress till now.