The South and Bollywood cinema are coming together to entertain the audience. A lot of north actors are now doing wonderfully well in the south and vice versa. Recently actress Rashmika Mandanna was spotted in Mumbai city with Varun Dhawan and now Samantha Ruth Prabhu was also seen with him. 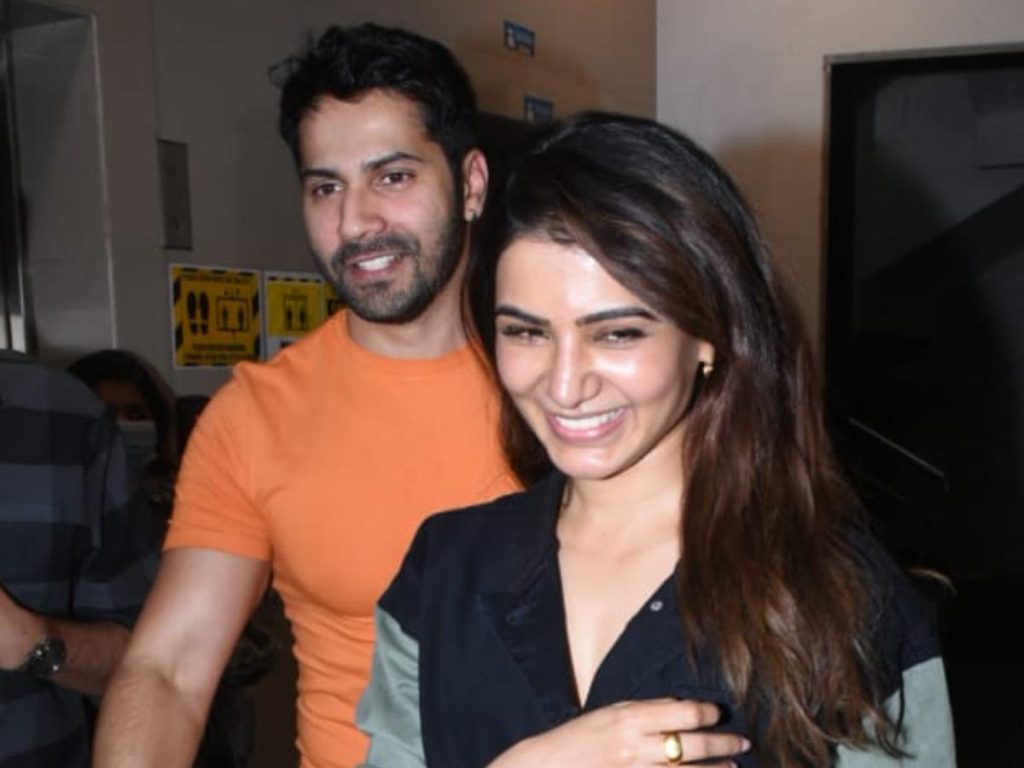 However, it seems that the actress got a bit conscious as she was welcomed by paps in huge numbers. In the video doing rounds on the internet, Samantha Ruth Prabhu is accompanied by actor Varun Dhawan who dropped her at the car waiting for her.

As soon as the actress stepped out of a building the paparazzi started clicking their photos and Varun instructed them to not scare her. Samantha who was seen wearing a blue jacket along with grey pants was smiling as she walked out. Varun in an orange T-shirt and jeans protected the actress and like a true gentleman protected her from any mob-like situation. In the video Varun could be head saying, “Darao mat, kyun dara rahe ho isko (Do not scare her).”

Recently, actress Alia Bhatt has also made her debut in the south with a cameo in SS Rajamouli’s film RRR. The movie’s release date was posted due to pandemic but is now all set to get released in theaters on 25th March. Rashmika Mandanna has also signed a film opposite Siddharth Malhotra named Mission Manju. Now, it seems that Varun Dhawan will also be seen working with Samantha Ruth Prabhu. The actress had garnered attention for her role in Family Man2.