Shahid Kapoor and Mira Rajput are one of the ‘IT’ couple of bollywood which tied a knot in 2015 . Both stay in the limelight as the most ideal couple irrespective of having a good age gap of 13 years between them. But their love life is flourishing and going wonderful in every respect. 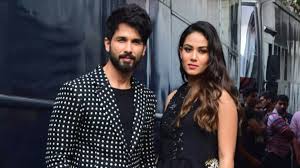 Mira rajput is the choice of the father of Shahid Kapoor .  Mira Rajput and Shahid Kapoor father are the part of religious group called Radha Soami Satsang  Beas . They first met at Mira’s farmhouse in delhi when Shahid was shooting for his movie Udta Punjab. After meeting three or four times they decided to get married but when they decided to marry Mira was just 21 years of age but finally they tied a knot in 2015. 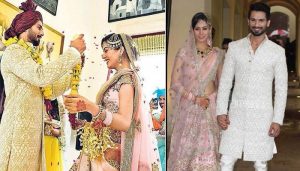 They got hitched  ina private wedding ceremony in delhi  followed by a wedding reception which was attended by famous  bollywood stars . In 2016 , both blessed with a baby girl whom they named Misha and in 2018 , the couple welcomed their second child , baby boy, Zain Kapoor . 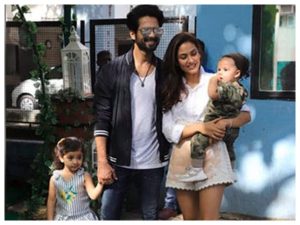 Both are living their best life with each other and always stays in news for their good mutual understanding  and bonding with eachother.