Rakhi Swant is one of the most entertaining person in the Bollywood industry. the diva was recently making headlines with her presence at RRR’s success party. Rakhi was one of the celebrities who were invited to the party along with Aamir Khan, Johny Lever, and others. The party hosted by SS Rajamouli, Ram Charan and Jr NTR was lit with the biggest celebrities attending it. 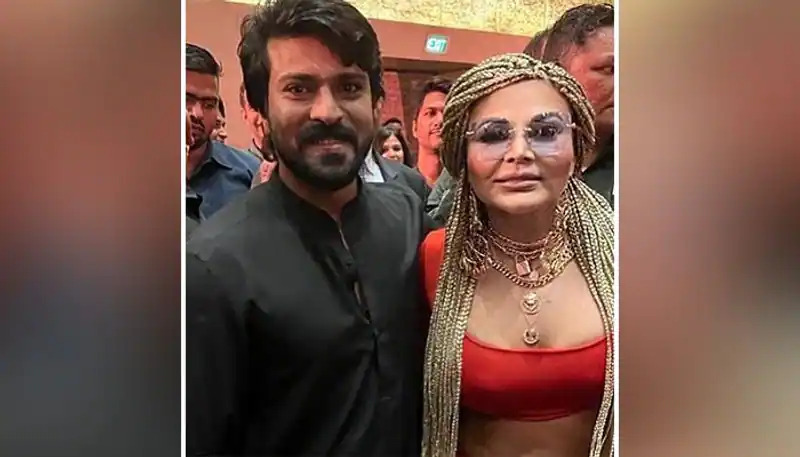 Rakhi Sawant being herself entertained the guests and attendees with her funny one-liners. At one of time she is making a video in which she featured Ram Charan and asked her if they can dance on ‘Nato Nato’ dance. However, the latter humbly said that he is tired of doing it so the diva moved on and posed with Jr NTR. All the stars were happy to pose with the diva but when she asked Karan Johar, he could be seen busy talking to someone without giving any heed to Rakhi Sawant.

The ace director and producer was spotted royally ignoring Rakhi Sawant which got captured on the camera. As soon as the video went viral, the netizens started trolling Karan Johar mercilessly. A few sections of the audience said that the filmmaker was just acting busy more than SS Rajamouli or Jr. NTR and Ram Charan.

However, later Rakhi Sawant cleared in a video posted by Viral Bhayani that she wasn’t ignored by Karan Johar, “Karan Johar bhai is the best he never ever ignore me never loves me so much when I was making a video that time he was very busy talking to Jr NTR thank you so much Viral”. The makers of the film threw the party as RRR crossed the mark of 1000 crores.