Amitabh Bachchan dedicates a poetry to his son Abhishek Bachchan and says, “My pride, my son, my inheritor.” Read on here!

After the first look release of Bob Biswas,Abhishek Bachchan is getting a huge positive and exciting response from the viewers whereas Abhishek’s father, superstar Amitabh Bachchan, feels proud of his son for his thrilling role in the film. Recently. He shared a video on his social media handle, Amitabh Bachchan recites wonderful poetry for his son, Junior Bachchan. Bollywood star Abhishek Bachchan starrer in ‘Bob Biswas’ is a Kahaani spin-off. 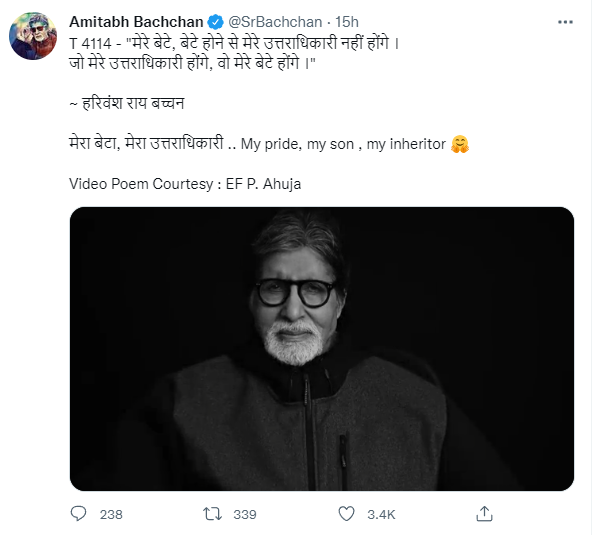 Amitabh Bachchan wrote on his social media handle, “My sons will not become my inheritors just because we share the same surname. They will be called my sons because they will justify their legacy. मेरा बेटा, मेरा उत्तराधिकारी .. My pride, my son, my inheritor. Video Poem Courtesy: EF P. Ahuja.”

Abhishek Bachchan reacted to his father’s posted video with a tweet that read, “Bas, ab Aur kya chahiye? (What else do I need now?).” The actor then went on to quote lines from his grandfather’s poem Agneepath, which was also recited by Amitabh in the 1990 film of the same name. 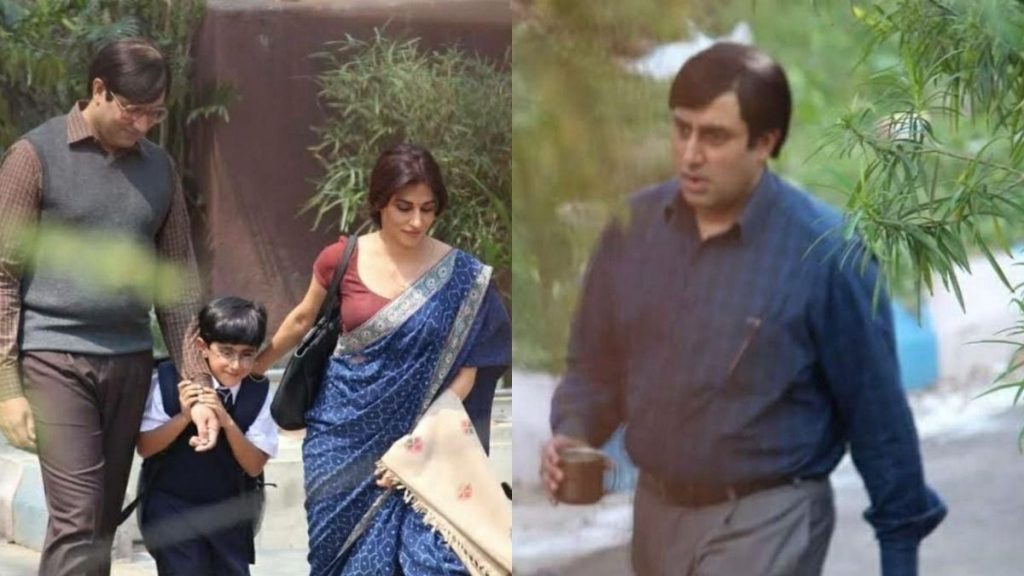 The film Bob Biswas is a crime thriller which has been directed by Diya Annapurna Ghosh. Bob Biswas’ film is being financed by Shah Rukh Khan’s Red Chillies Entertainment. Also, the movie stars Chitrangda Singh. It is slated for a release on December 3 on streaming platform ZEE5. On the work front, Abhishek Bachchan also will be seen in his upcoming projects films like Dasvi and SSS-7. He was last seen in The Big Bull. The film Bob Biswas will be released on Zee5 on December 3.