Alia Bhatt Is Glowing In Yellow At Her ‘Baby Shower’ Event; Checkout Photos Inside

Alia Bhatt yesterday celebrated her baby shower with her friends and family. The actress is expecting her first baby with actor Ranbir Kapoor. The duo tied the knot with each other earlier this year and soon announced their pregnancy. The baby shower at the actor’s place was filled with Kapoors and Bhatts who came together to soon welcome a new family member. 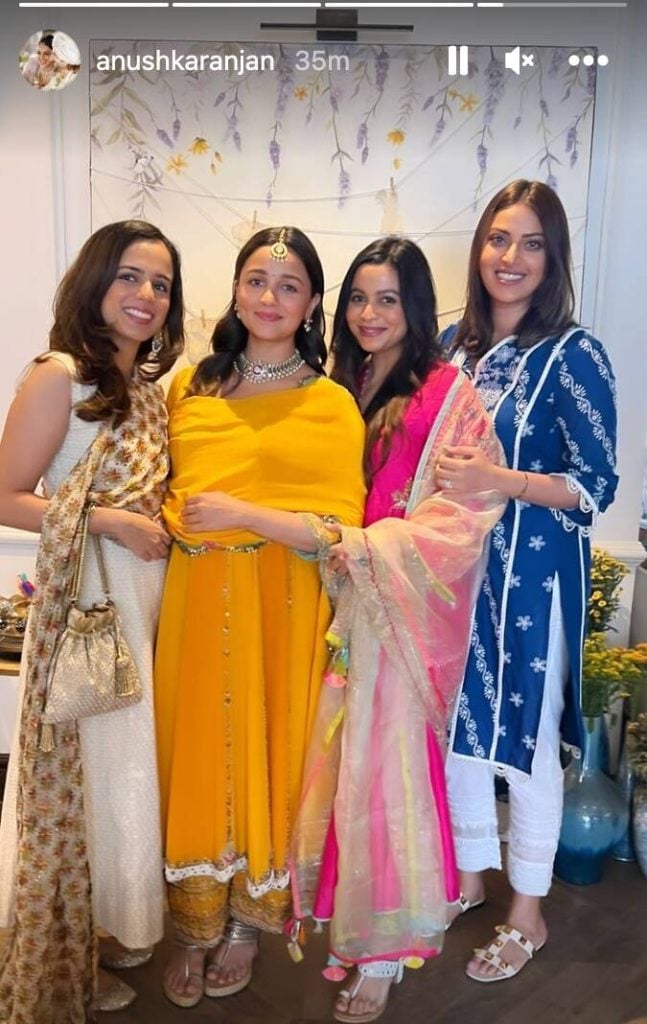 In the photos, Alia Bhatt could be seen looking gorgeous in a yellow outfit. The actress is surrounded by family members including sister Shaheen Bhatt, Mother-in-law Neetu Kapoor, sister-in-law Ridhima Kapoor, grandmother Neila Devi, and her childhood friends. 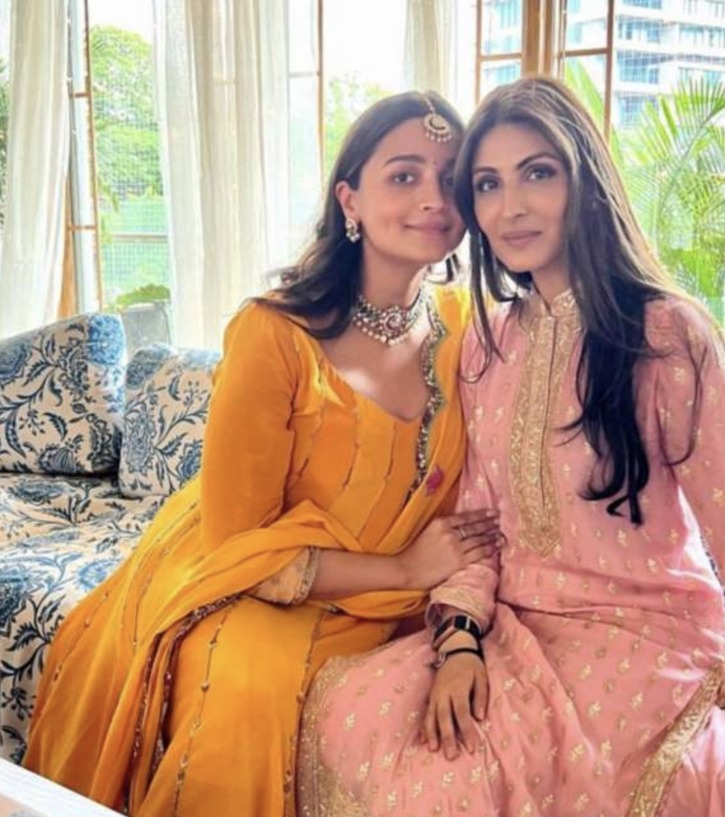 Talking about her friends, Anushka Ranjan took to her Instagram handle and shared a few pictures from the event. In the photo, Alia is posing with her friends and sister and the pregnancy glow on her face is something that cannot be missed. The actress has donned a yellow suit along with colour contrasting jewellery. While Anushka and Shaheen also opted for beautiful traditional outfits for Alia’s baby shower event. 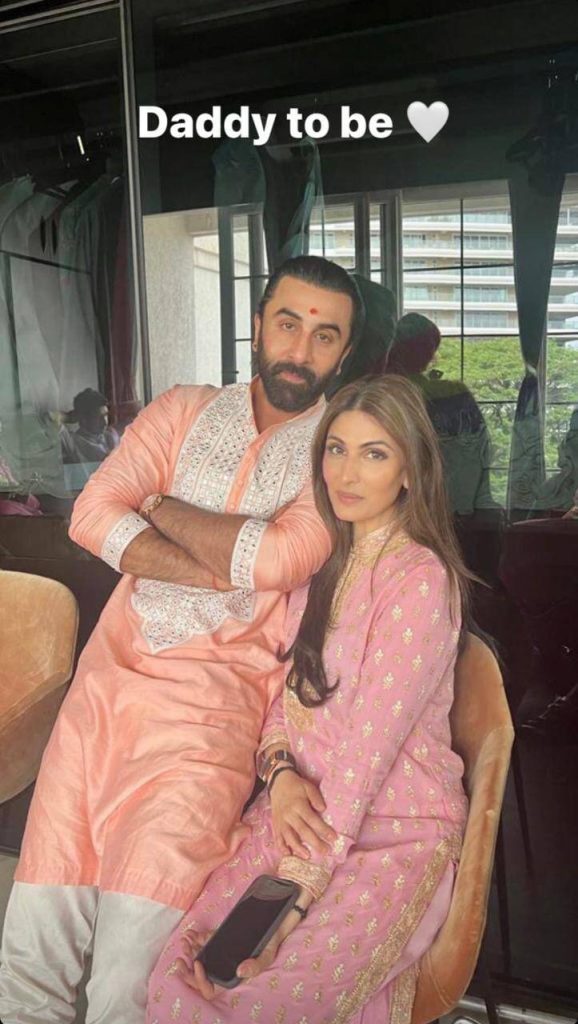 In the videos shared by the paparazzi, a lot of guests were seen arriving at the actor’s house Vastu in Mumbai. Alia’s mother-in-law,  Neetu Kapoor arrived at the place along with her daughter Ridhima Kapoor. Both were greeted by the paparazzi and they conversed with them for a few minutes. Later, Alia’s father Mahesh Bhatt also arrived at the house to give his blessing to Alia and Ranbir.

Earlier, Alia Bhatt received the Time100 award in Singapore. The actress addressed the audience and also gave a powerful speech at the event.