Ajay Devgn Trolled For Reaching Sabarimala Sitting On A Palanquin: Deets Inside!!!

Bollywood star Ajay Devgn has become quite religious these days, and is visiting temples. Recently, Ajay Devgn reached the country’s famous Sabarimala temple and offered prayers. Pictures and videos of Ajay wearing a black dress has got surfaced. It is being told that Ajay had followed the rules of the temple for the entire 11 days. Not only this, he slept on a mat for 11 days, dressed in black, ate vegetarian food, and walked barefoot without slippers. He also kept a distance from alcohol and perfume during these 11 days, so that there would be no disturbance in worship. But now he is getting trolled on social media regarding his Sabrimala journey. 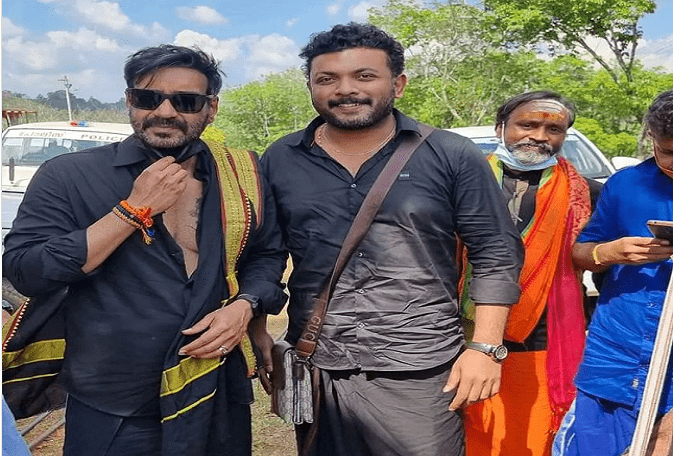 The news of Ajay Devgn’s sacrifice and penance spread like a fire on the internet, how he did 11 days of hard sadhana for darshan at Sabarimala. But now the fans were also shocked to see the pictures that came to the fore. Ajay, who showed a glimpse of his fitness by riding two bikes together in Phool Aur Kante, completed his way to the temple by climbing a palanquin. 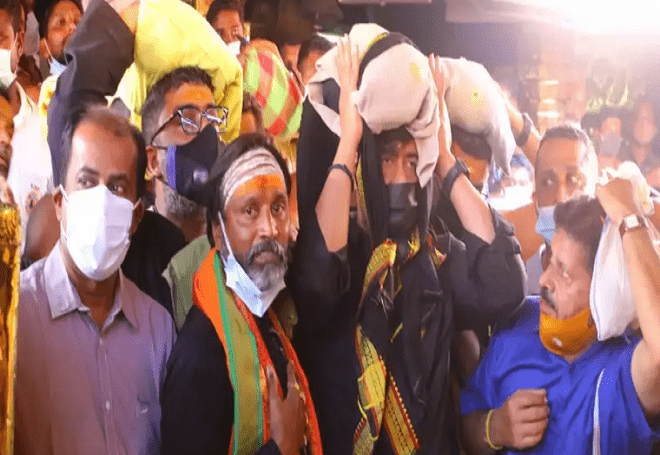 His fans are constantly commenting on this video posted by a local news channel in Kerala. Fans are shocked to see this video of Ajay Devgn and they are telling the actor fiercely. People trolled Ajay Devgn for this video and said, “Ajay Devgn, who performs big action scenes in films, does not have enough strength to go to the temple by walking on his own feet”. However, it has been told in a report that Ajay Devgan had decided to sit in the palanquin due to his health issues.