Ahead Of Valentine’s Day, Shamita Shetty-Raqesh Bapat Spotted Shopping At A Jewellery Store ; Take A Look!

Bollywood actress Shamita Shetty and actor beau Raqesh Bapat were captured twinning in white on Friday. They were reportedly shopping for Valentine’s Day. The lovebirds Shamita and Raqesh were seen spending a lot of time together. After Bigg Boss, they have seen many events together. They have fallen in love inside the Bigg Boss 15 house. As Shamita Shetty was the third runner-up in the Bigg Boss. 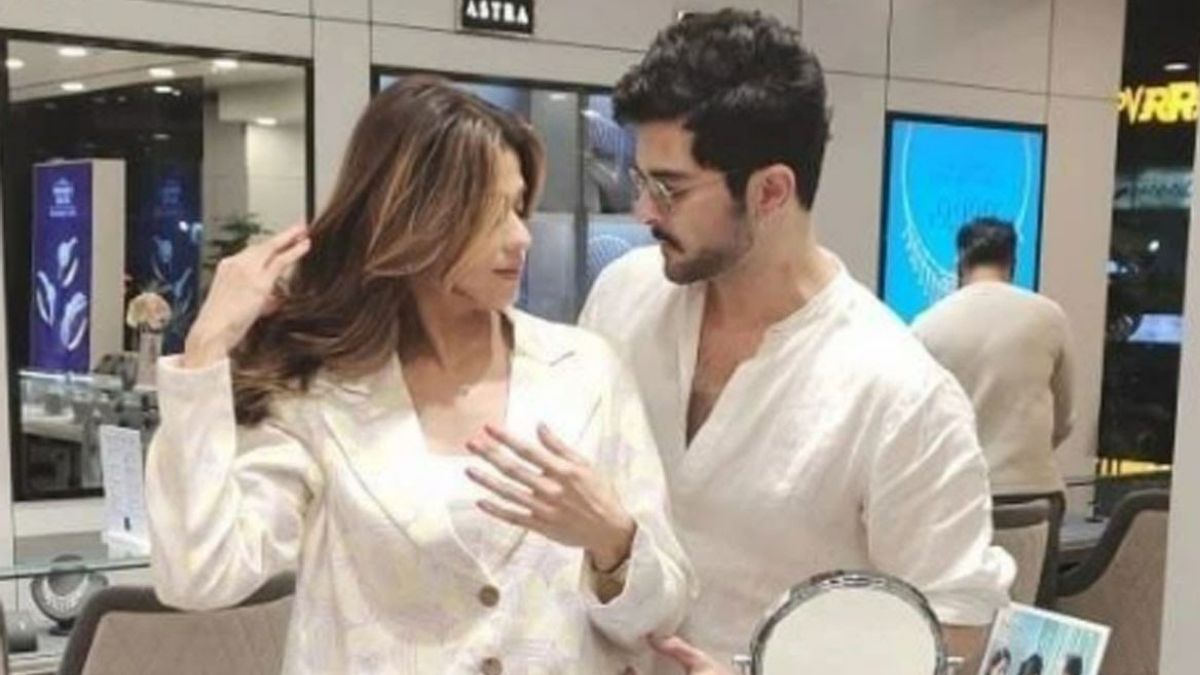 Recently, on Friday, the actors Shamita Shetty and Raqesh Bapat were dappled at a jewellery store in Mumbai. They were matching in white as they went jewellery shopping days before Valentine’s Day. A video of them striking a pose outside a jewellery store was shared by paparazzi. 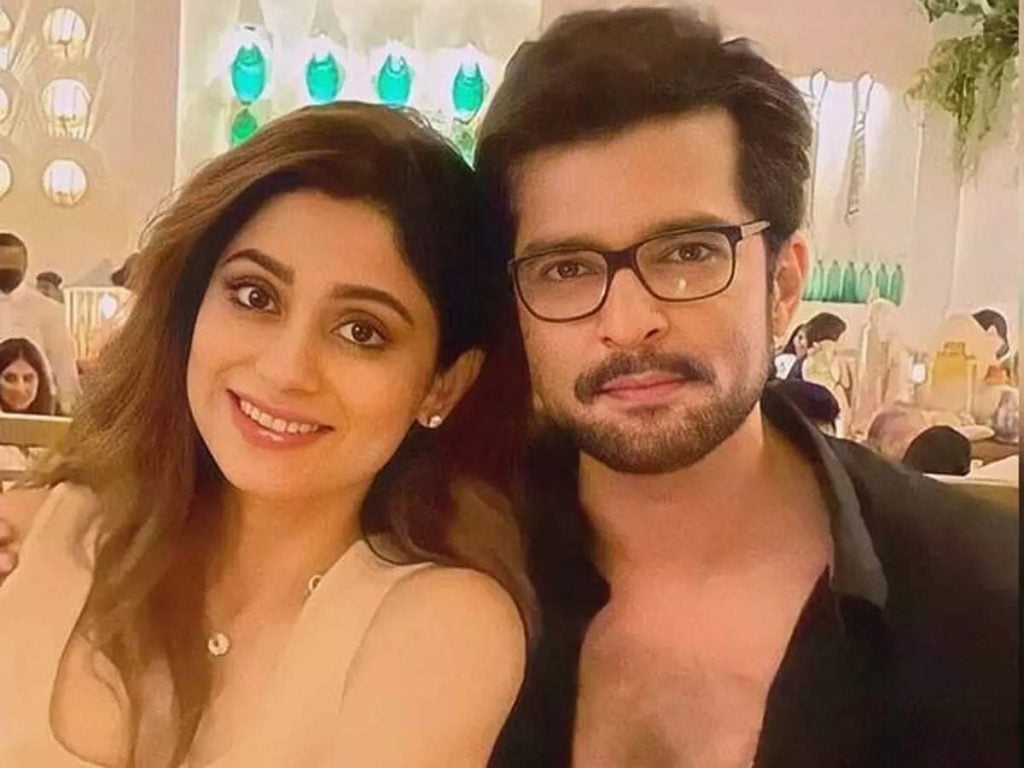 While Raqesh Bapat was in a semi-formal white shirt and black pants where Shamita was in a printed white semi-formal pantsuit. They held hands together and posed for the camera with an adorable smile. Reacting to the video, many fans called the couples “Hottest couple.” one user commented, “They look gorgeous together.” As Raqesh kept his arm around Shamita, a fan reacted like this, “Awwww so sweet of raqa.” 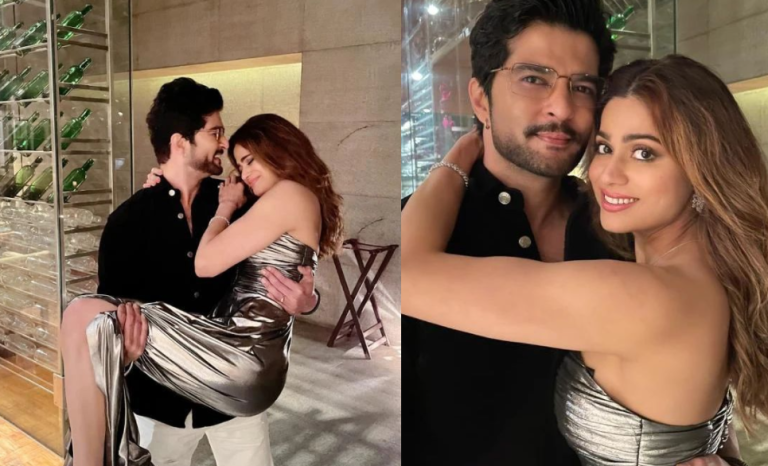 The couples Shamita and Raqesh came close during the time of Bigg Boss inside the house. The actor Raqesh Bapat had joined her on the show for some time as a wild card entry. The actor had stated in ETimes starting of his entry, “I will never propose to Shamita on national television for marriage. That is a very private emotion. Whenever that has to happen, it will happen off the show, not on it. It is going to be a very special moment for us.” 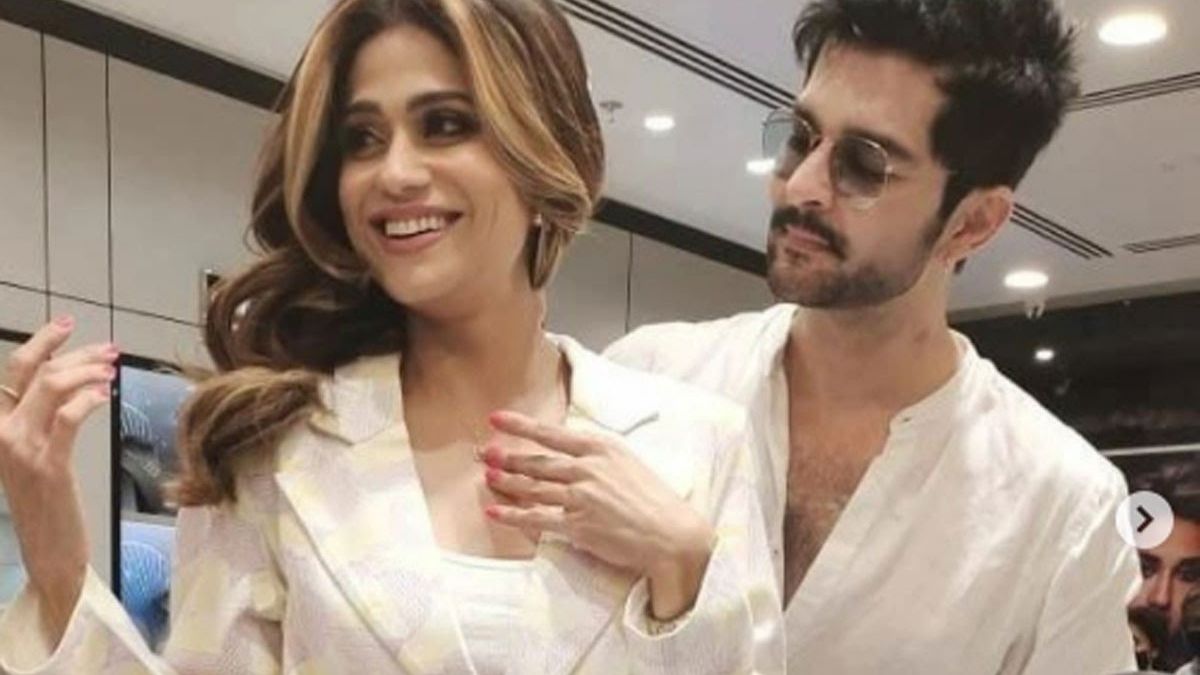 During her interaction with her family, Shamita Shetty would repeatedly ask her family members “Is Raqesh still my boyfriend?” as she was not in contact with him for various months. Shamita joined with Raqesh after Bigg Boss 15 came to an end. Afterward, Shamita Shetty celebrated her birthday with Raqesh and her family members as well as sister Shilpa Shetty, mother Sunanda, and many more. 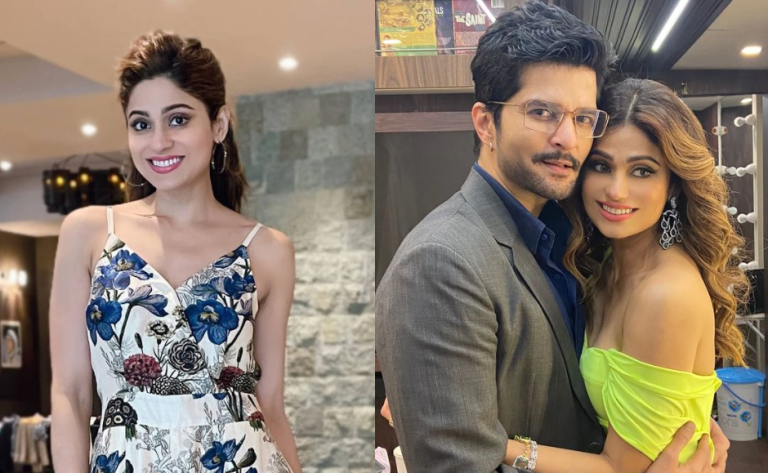 The lovebirds Shamita and Raqesh went on a date as well on her birthday. Sharing some intimate pictures of him lifting her in his arms on their date, Raqesh Bapat had written on Instagram handle for his ladylove, “Happy Birthday love @shamitashetty_official.”