Jacqueline Fernandez is currently in trouble as the Enforcement Directorate (ED) has been currently questioning the actress in a money laundering case. As per the reports, a team of ED has recorded Jacqueline’s statement in Delhi. The star was interrogated for more than five hours in an alleged multi-crore extortion racket reportedly led by Sukesh Chandrashekar, who is accused in a bribery matter including the Election commission. 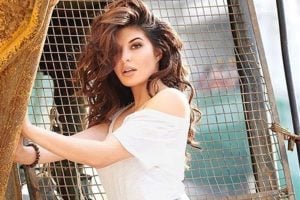 Jacqueline was the victim of the 200 crore money laundering racket, was questioned as a witness in the same case. According to reports, Jacqueline had been on the radar of Sukesh Chandrashekar, who reportedly is also the man behind the racket, through his partner Leena Paul. “She is not an accused, but is being examined as a witness in the case against conman Sukesh Chandrasekhar,” sources in the Enforcement Directorate told NDTV.

The source further added and stated to NDTV that Jacqueline Fernandez has shared important details in her statement in the investigation which went on for 5 hours. Another big revelation that has been made in the investigation is that Jacqueline is not the only actor who has been targeted by the conman. Reportedly a top Bollywood actor has been targeted by Sukesh the name of the star has not been disclosed in public because of security reasons.

Apparently, the agency has recently seized a sea-facing bungalow in Chennai along with 82.5 lakh cash and several luxurious cars that are associated with Sukesh Chandrashekar. A case has been registered by the Delhi Police’s Economic Offences Wing against him and others for the alleged criminal conspiracy, cheating, and extortion of about ₹ 200 crores.