WHAT!! Karan Johar Said No To Neha Dhupia’s Marriage Proposal Thrice Because “He Didn’t Like Her Body Parts”

Karan Johar is one of the most successful filmmakers of the Bollywood industry. Apart from being a successful filmmaker, he is single and oh so ready to mingle.  Although he is enjoying being a daddy to Yash and Roohi who were born to him via surrogacy. But do you know there was a time when he had turned down Neha Dhupia’s marriage proposal not once but thrice?

Karan Johar had once appeared in Neha Dhupia’s talk show “No Filter Neha” where the two of them being BFFs engaged in a fun banter. During their fun conversation, Neha had revealed that she had jokingly proposed to Karan at three different places but he turned it down because he was not interested in any of her body parts. 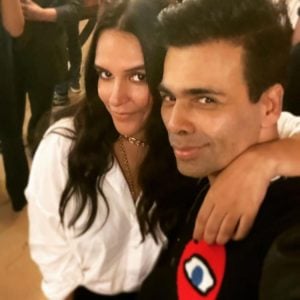 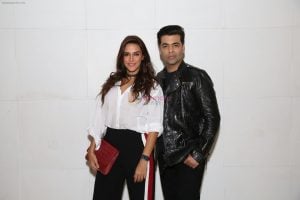 Karan Johar in his biography “An Unsuitable Boy” had revealed that he had lost his virginity at the age of 26. In an interview with India Today Karan was quoted as saying,“It was New York. It was right after Kuch Kuch Hota Hai had released, and there was a little bit of confidence that had stepped up within and we went to something called the Bollywood Awards… I remember being in this hotel and not realizing what being picked up means till the person got quite specific and I felt really great about myself because I was all of 140 kilos…” 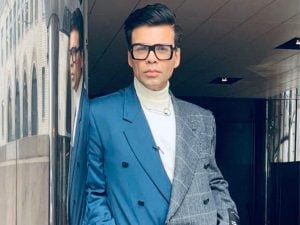 Karan had further added, “I landed up having s*x and I actually was very grateful to that person. And I remember going to St Patrick’s Cathedral and thanking the good Lord after that.”