Vicky Kaushal and Katrina Kaif Are All Set To Tie The Knot In December? Check Out The Details

He is the most talented actor in Bollywood and she is the most sizzling actress in the industry. Vicky Kaushal and Katrina Kaif have a huge fan following for their work and acting skills. When the news of both dating each other went viral the fans couldn’t keep calm and started assuming the couple to get married soon. 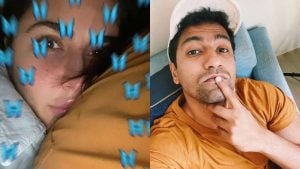 Recently, an old picture of the couple from a Diwali party went viral and fans thought it is from their secret roka ceremony. It was later cleared out by the team of Katrina Kaif that there’s no roka ceremony that has taken place. After the rumor settled down there’s news related to the couple that is taking the internet by storm. According to the reports from Lifestyle Asia, Vicky Kushal and Katrina Kaif are ready to tie the knot in December this year. 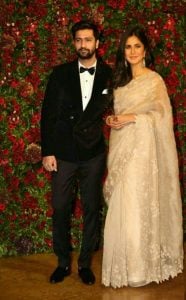 As per the report, the couple has even finalized a property in Udaipur, Rajasthan for their wedding ceremonies. The article is now not available, but the fan pages of the stars are already circulating the news. However, before you start imagining the marriage of the couple, hold the train of your thoughts. According to the sources, there is no wedding happening any time soon and both the stars are busy with their respective projects.