Throwback To The Time When Aishwarya Rai Cried For Days Because Of Manisha Koriala, Here’s The Reason

The world of showbiz may look quite glamorous but it isn’t. When you are into the world of showbiz your whole life is under media radar and you will be dragged into controversies even if you don’t want to. It’s like part and parcel of being a public figure. One such rumour which broke Aishwarya Rai Bachchan into pieces was Rajeev Mulchandani dumping her because of Manisha Koirala.

According to a recent report in Filmibeat, Showtime Magazine’s December 1999 issue revealed Aishwarya’s side of the story through an interview. “In the beginning of ’94, a leading magazine came out with this ‘red hot scoop’. Rajeev was supposed to have dumped me for Manisha. I called up Rajeev the moment I came to know about this asking what all the crap was about. Rajeev was a very good friend of mine nothing beyond that. I told him I didn’t want to get roped into their love story. After two months, they weren’t seeing each other. Manisha was seeing a different guy every second month.” 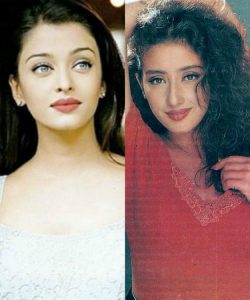 She had further added, “Time passed by and around ’95 I’d come down to India as Miss World who was visiting India. That was when I saw Bombay in Tamil and thought it was brilliant. I’d reached Bombay on 1st April, and coincidentally, Rajeev called me. I was exclaiming to him about how excellent Manisha was in the film and that I was planning to send her a bouquet to congratulate her. At that, he laughed at me and asked me whether or not I had been reading the papers. He informed me that Manisha claimed that she’d discovered some love letters that Rajeev had written to me.” 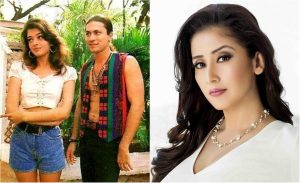 “I couldn’t believe it! It came as a very rude shock to me. I mean, if there was any kind of authenticity to this article, why didn’t this piece of info come out in July ’94? If that was the reason for her split with Rajeev in a couple of months, then why brood on it for nine whole months and then come out in the open?” she added. 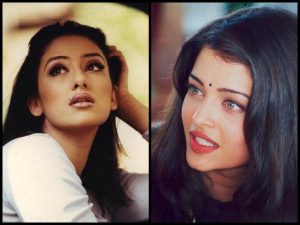 Further talking about how this whole fiasco made her really upset and she cried for days. She was quoted as saying,“I never wanted to be bracketed with any particular name. But today the media has played it up so much that if somebody takes my name, Manisha’s name comes to mind instantly and vice-versa. Today, it’s four years after that incident, but she still keeps bringing that topic up. It naturally means that all this is stemming from something else and not merely a lost relationship.”