Actress Swara Bhasker is known for speaking her mind and doesn’t take rubbish from anyone. The actress has recently filed a complaint against a Twitter user and a YouTuber for using objectionable remarks against her. According to a report by News18, a Twitter user and YouTuber has been allegedly circulating messages to outrage the modesty of the actress. The actress also complained that several hashtags were also been used and circulated which were associated with a scene from her movie. 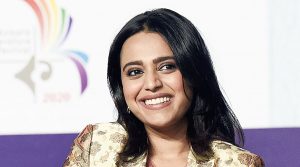 A criminal case has been filed by the actress at Delhi’s Vasant Kunj North police station, and the officials are investigating the case. the sections which have been imposed on the accused on the basis of the complaint by Swara are 354D, 509 of the IPC, and 67 of the IT Act. 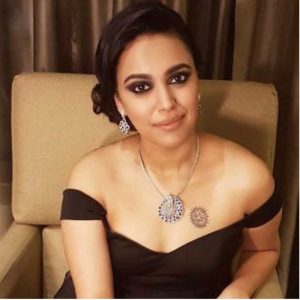 However, this is not the first time the actress has been facing trolling and remarks from the netizens. The actress recently had a conversation with NDTV in which she talked about her mental health after dealing with trolls on regular basis. “It’s not pleasant at all, but I have become somewhat immune to it because it has been happening for several years now. However, that itself is problematic. Why should a woman, who is a public personality and who expresses her opinions freely, have to be sexually and verbally harassed every day of her life? It’s so sad for my parents too. On several occasions, my mother has been moved to tears reading the comments,” she said.

I am not alone. Suffering casual and everyday cyber sexual harassment is the price many women have to pay to have a voice in our public spaces.. again it’s not okay! https://t.co/HpQqML5A2S

The actress shared the clip from her interview on Instagram and wrote, “I am not alone. Suffering casual and everyday cyber sexual harassment is the price many women have to pay to have a voice in our public spaces.. again it’s not okay!”.