On Saturday, Sonam Kapoor’s sister Rhea has tied the knot with her longtime boyfriend in a hush-hush wedding at Anil Kapoor’s residence. The couple opted for a low-key wedding. After the wedding, Anil Kapoor had stepped out of his house and distributed sweets to the paparazzi. Also, Sonam Kapoor and his husband Anand Ahuja were all smiles for the camera. Sonam was dressed to impress in her traditional best while Anand looked dapper in a black sherwani.

The actress’s video from Rhea’s wedding is grabbing a lot of eyeballs. Some are convinced that Sonam Kapoor is expecting her first child with her husband Anand Ahuja. In one of the videos, a fan commented, “She is definitely pregnant”. Another user dropped a comment saying, “Is she pregnant? That would be so nice!” A third user commented, “Sonam is for sure pregnant”. 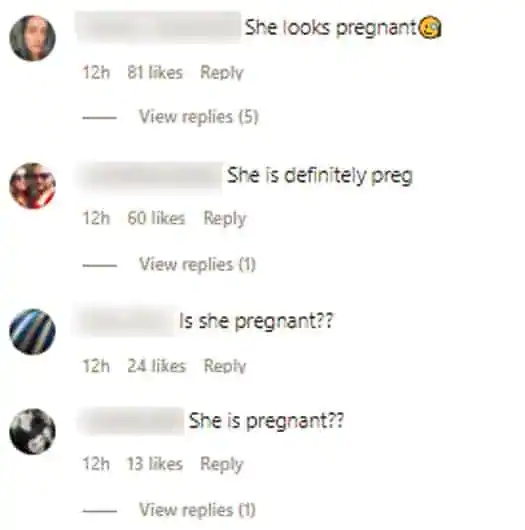 It’s not the first time fans are speculating Sonam’s pregnancy. For those who are unaware, a month back when Sonam was spotted at the airport as she returned to India. Many questioned her choice of outfit and stated that she is hiding her baby bump. However, Sonam had dismissed those rumors. Taking to her Instagram stories Sonam had shared a picture of herself holding a cup of tea and wrote, “Hot water bottle and ginger tea for first day of my period…”