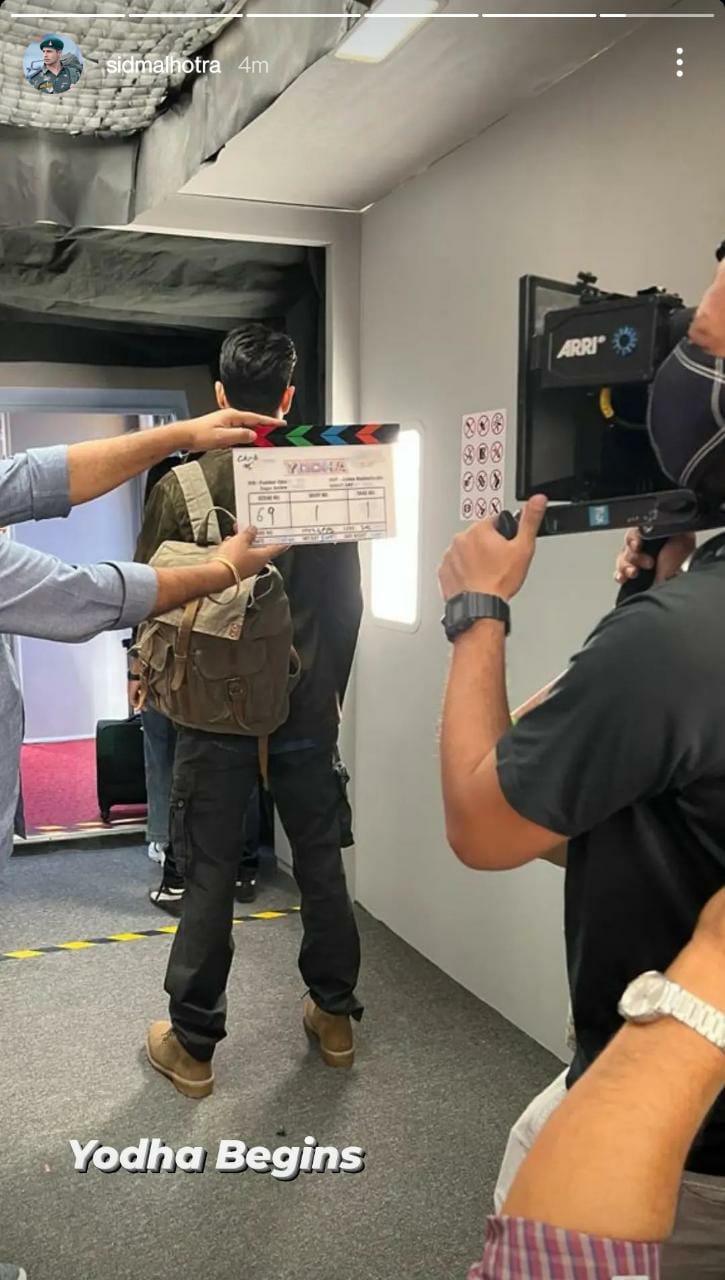 Karan Johar’s Dharma Production company and also the actor Sidharth Malhotra have shared the post-on-set pictures from the day of shooting on their social media handles, including a welcome letter from the banner, on their Instagram account. Taking to his Instagram story, Sidharth Malhotra has shared a glimpse of pictures from the Puja that left fans excited. In the picture, the clapboard of the film could be seen kept in front of the idols of God, surrounded by flowers all around. 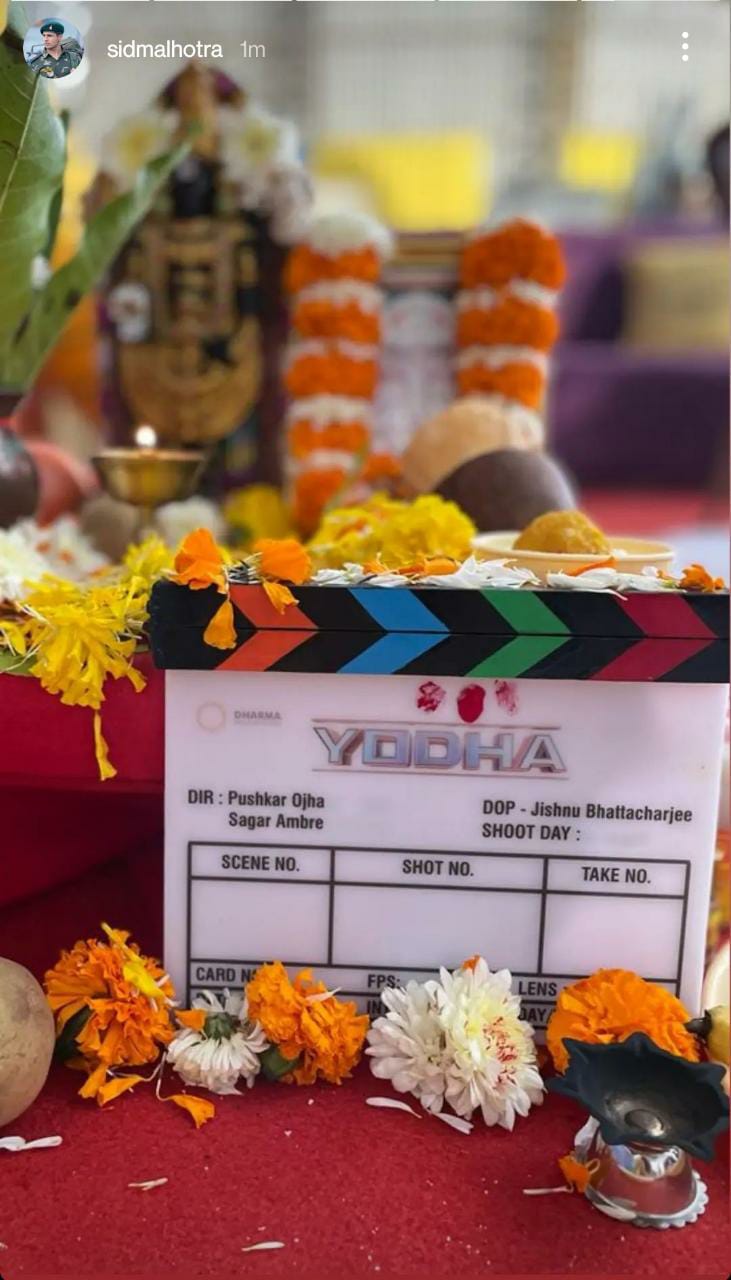 He has shared the picture and left fans excited to know if the shoot has begun. In another picture, Sidharth Malhotra could be seen dressed in an army green jacket with a matching backpack and pants. With his back towards the camera and clapboard, Sidharth seemed excited. He wrote, “Yodha begins.”

“Lights, camera and ACTION!#Yodha filming begins,” a post on Dharma Productions’ official declared. The movie Yodha will be helmed by debutant director duo Pushkar Ojha and Sagar Ambre. Shashank Khaitan is also producing the banner Mentor Disciple Films.The film Yodha is scheduled to be released in theatres on November 11, 2022. Sidharth Malhotra looked fierce in the first look as an officer.