Rihanna made quite a stir on Twitter and became trending in India a few days back after tweeting about the farmers’ protest. And it seems she isn’t done. She has once again caused an upheaved on the social networking site. This time because of allegedly upsetting Hindus. She has shared a picture on Twitter where she can be seen topless with nothing but a Ganesha Pendant down to her navel.

On Tuesday, February 16, Rihanna took to Twitter to share a topless picture of herself donning a statement Ganesha necklace. The shoot was for her lingerie brand Savage X Fenty and the singer-actress can be seen wearing purple satin bottoms. Besides the controversial pendant, she wore other accessories such as diamond bracelets, neckpieces, and statement earrings. Take a look: 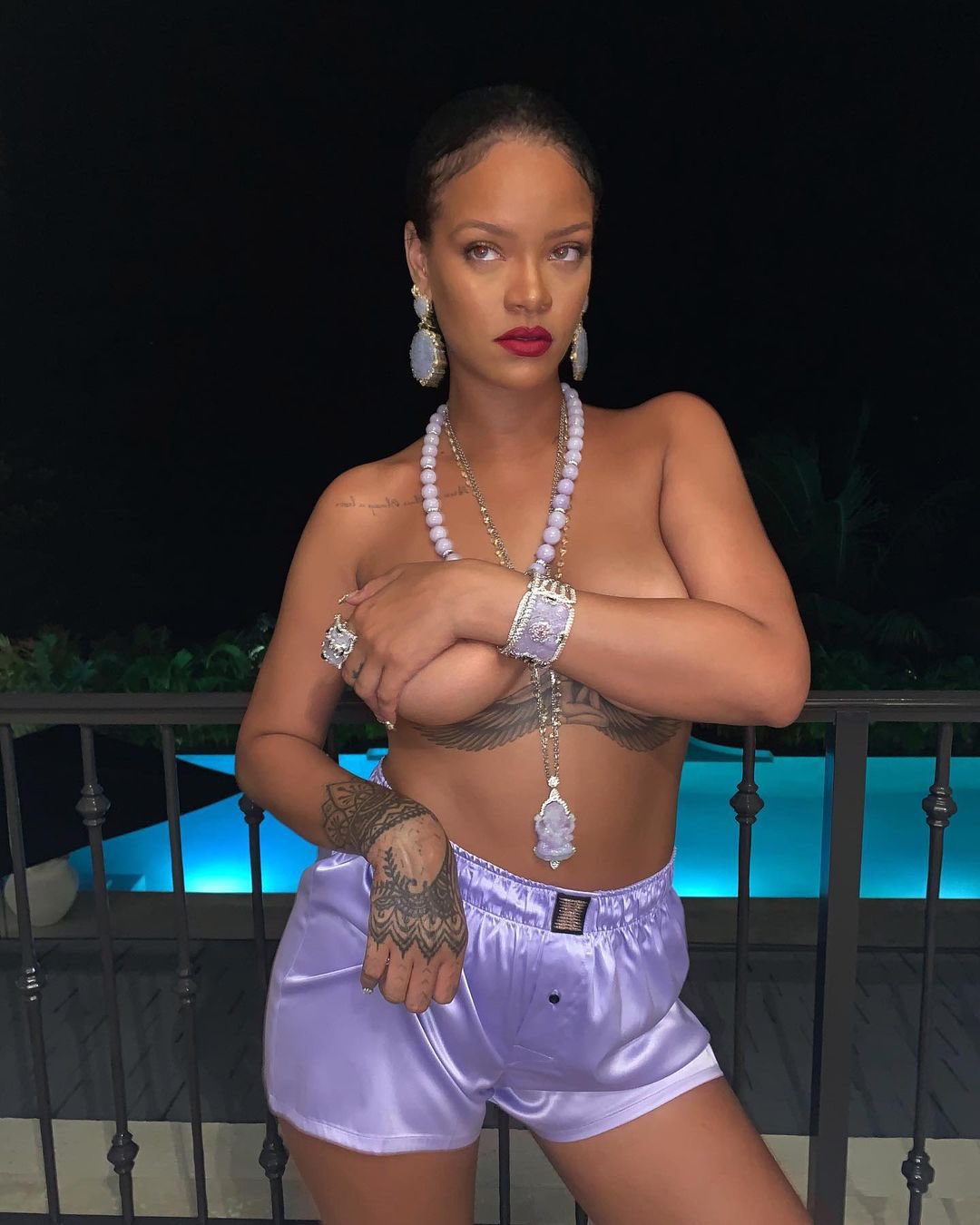 Rihanna’s tweet soon went viral on social media and many people accused her of hurting their religious sentiments. One person wrote, “Rihanna !! stop using my religion as an aesthetic !! that Ganesh figurine at the end of the chain 🙁 is a holy and sacred figure for us Hindus,” a Twitter user wrote in the comments (sic).”

Another Twitter user wrote, “Super offensive wearing Ganesha like that. My first god, a holy sentiment to millions of people celebrating Ganesh Chaturthi every year. Sorry RiRi, you disappointed me and others (sic).”