Priyanka Chopra’s brother Sidharth Chopra’s ex-fiancee Ishita Kumar has tied the knot in an intimate ceremony in London. She took to her social media to give us a sneak-peek into her wedding that took place in London. In the pictures, Ishita can be seen all smiles with her husband and the photo seems to be taken during their wedding rituals.

Ishita looked resplendent in a red saree, chooda, and traditional Indian jewelry. Sharing the pictures she had captioned it as” all my love” followed by heart emoji.  Take a look:

And in no time people started bombarding the comment section with congratulatory messages for the newlyweds. One commented, “Congratulations Ishita. Best wishes for a fun-filled future together.” Another wrote, “God bless you both.” “That was a surprise! Congratulations!” said another.

For those who are unaware, A few years ago, Priyanka Chopra’s brother Sidharth Chopra and Ishita Kumar had exchanged rings in an intimate ceremony the two were even supposed to tie the knot but Sidharth called off their wedding at the last moment due to reasons best known to him. It was alleged that the wedding was called off due to Ishita undergoing emergency surgery before the wedding. Earlier in an interview, Madhu Chopra, Siddharth, and Priyanka’s mother had told SpotBoye, “My son Siddharth said he was not ready for marriage yet. He explained he needed more time.”.

After their breakup, Ishita had flown to London and posted a picture of her happy self, and wrote, “Back in London, Time to focus on work.” In another post, she had captioned it as, “Cheers to new beginnings. With a goodbye kiss to beautiful endings.” 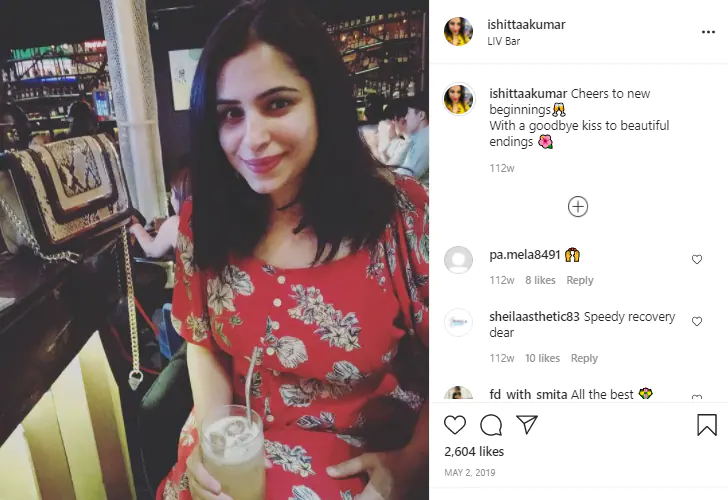 We wish the newlyweds a blissful life ahead.