Priyanka Chopra’s recently released memoir ‘Unfinished’ has become one of the most selling books and it is making the public more eager to delve deep into her life and know her life secrets. The memoir speaks not only about Priyanka’s professional life but her personal life also. Recently, Priyanka Chopra appeared on a US TV chat show where she revealed the story behind her first tattoo, seen on her arm. She revealed being very close to her father; gushing over him for being her cheerleader and greatest champion for her. 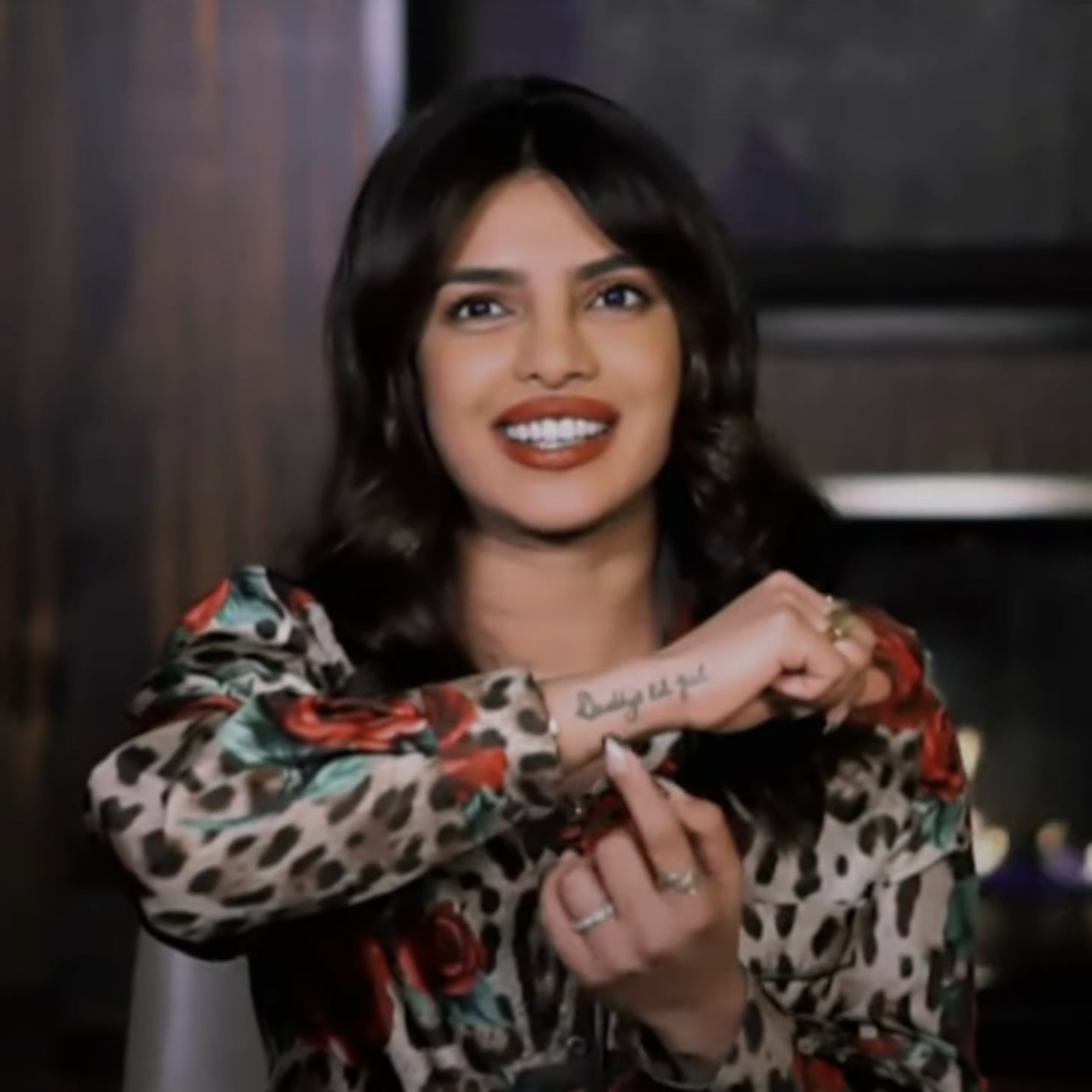 Priyanka Chopra said, “I was very close to my father. He was my greatest champion, my biggest cheerleader, like the loudest guy in the room. If I’d win an award, he’d be like, ”Ahhh!!” and I had to tell him, ‘Dad, you gotta play it cool now. But dad didn’t know how to, he was just so excited about everything that I did. And when he died, it was just quiet in that corner, in that corner of cheer. Even though I have a very supportive family, but they weren’t all as rambunctious as him.”

She added, “And this tattoo, I got it about a year or two before my dad passed, and I lied to him and I told him I needed him to write this down because I wanted it for artwork for my album. But he wrote it in his handwriting, and it’s my first tattoo and, you know, now I have it here with me.”