Priyaank Sharma married Shaza Morani in an intimate yet lavish wedding in 2021. They got married in the Maldives in the presence of relatives. On top of that, the support of photographer Rohan Shreshthi has spawned rumors that Shraddha will soon be married in the family. Rumors of a relationship between Rohan and Shraddha have been circulating for a long time. Although the couple did not officially go public with their relationship, Shraddha’s father, Shakti Kapoor, stated that he would “agree” if the actor said she wanted to get married.

Now, Priyaank Sharma has spoken about Shraddha’s marriage. When Sharma was asked about the rumor around Shraddha’s wedding, the Sab Kushal Mangal actor laughed out loud and said, “I think the duty of breaking this news should be left to her but since you asked, I will only say that yes, she is married. Right now, she is married to her career.”

“Jokes apart, she is working really hard. She is in full throttle like never before. I salute her for putting in the work she does. I really look up to her,” he added. 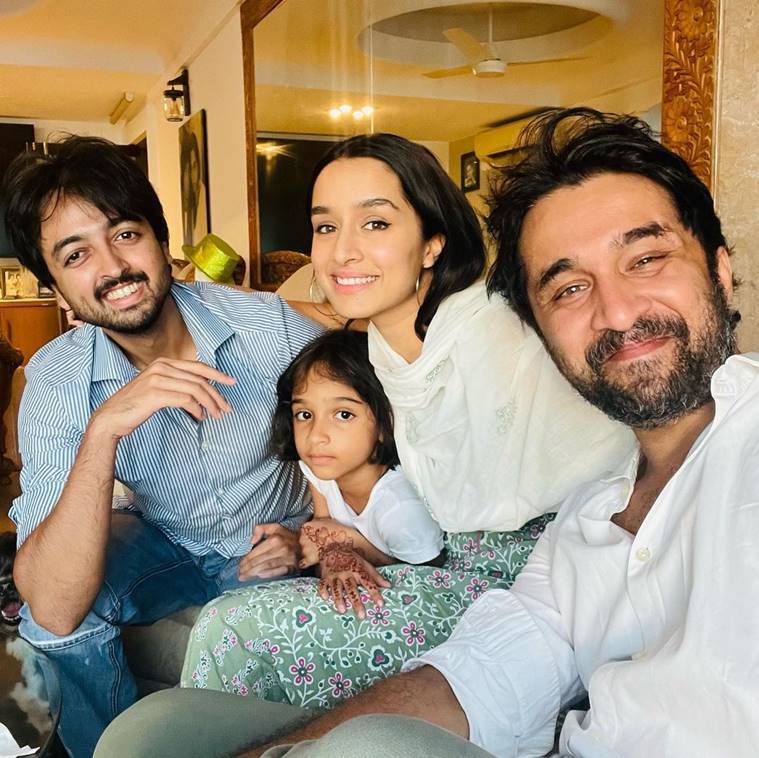 Priyaank further gave a sneak peek of his bond with Shraddha. “I share a bond with Shraddha and Siddhanth, which is more than blood. I call their father Shakti Papa. He is the elder one. I share a very comfortable relationship with him. I have never felt that I am my parent’s only child. We have always been together for everything. We never miss any family occasion. Wherever we are, we make sure to be home for festivals, which is something I really love. And I hope it never changes,” Priyaank shared.

The actor recently announced the launch of his music label – Dhamaka Records. Talking about the same, Priyaank said when he shared the news with Shraddha and Shakti Kapoor, their reactions made his day and made him confident about his label.

“We are a very close-knit family. We talk about everything under the sun. Their first reaction was that our grandparents are going to be so proud. So, for me, that was the best boost I got,” he replied. He says it is his bid to take his family’s legacy forward. Priyaank, who belongs to a family of actors and singers such as Lata Mangeshkar and Asha Bhonsle, stated, “I have been wanting to take my family’s musical legacy ahead. When Covid hit, our life paused. During that time, I had time to reflect on what I want to do. That is the time when I thought I want to start a record label. The aim is to produce good music and make it a platform for new talent out there.”

But this does not mean he would not stay associated with the film business. “I want to do it all and want to explore how the journey unfolds. My second film will be announced soon,” he said, adding that he has no pressure taking her mother and actor Padmini Kolhapure’s legacy forward. “She is my confidant. I can talk to her about anything. She is my buddy,” Priyaank said.

He said that while he didn’t visit her sets as a child, he saw her perform when he was assisting Rajkumar Santoshi on Phata Poster Nikla Hero. “When I assisted Rajkumar Santoshi sir in Phata Poster Nikla Hero, that is when I saw her process and how she does what she does. That is when I felt like if I am able to do even half of this, I will succeed.” Interestingly, he is working closely with his mother on the label. So, how is it to work with his mother Padmini? “Honestly, it is beautiful. I started working at the age of 14-15. I have always involved my parents. Good thing is that because we all come from the same background, the discussions, planning become easy and comfortable.” And who is the taskmaster among the mother-son duo? “I am more of a taskmaster than my mother. I wanted my mom to sing. I have been after her to sing. I literally had to open a record label to make her sing,” Priyaank heartily laughed.

On a concluding note, we quizzed if he would try his hands at singing too? “Unfortunately, I am the only one in the family who cannot sing. Growing up, I used to take it for granted. Now, I regret it. But my mother tells me if I do riyaaz, I will be able to sing. So, never say never.”