Actress and media personality Payal Rohatgi is now married to the love of her life, wrestler Sangram Singh. The duo met each other in the year 2011 and got engaged in 2014 but didn’t tie the knot until recently. It so happened that Payal had earlier entered a show called ‘lock Upp’ as a contestant which was hosted by Kangana Ranaut. On the show, Payal revealed that Sangram and her are engaged for years but are not married. 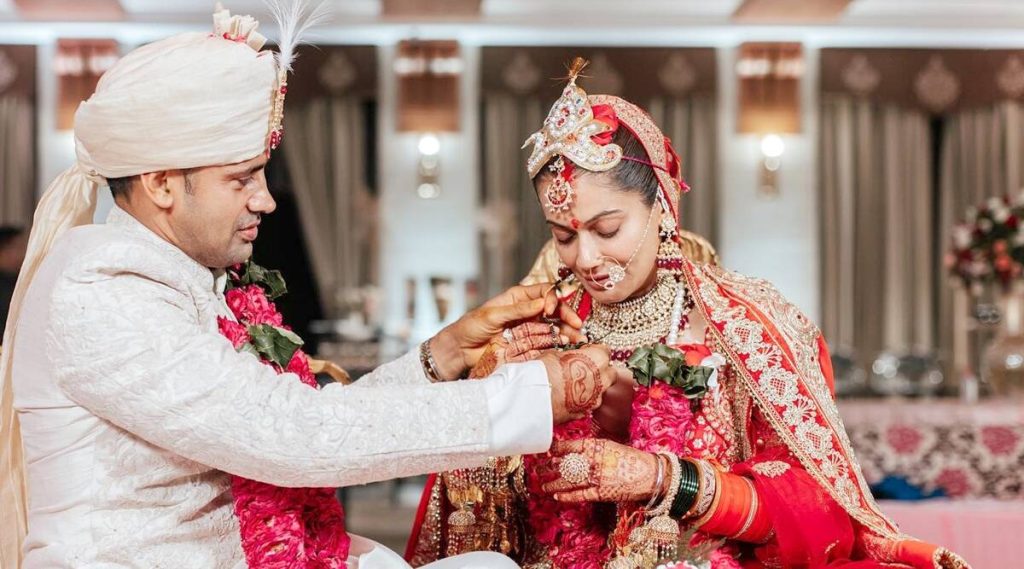 On the same show, Sangram had come on one of the episodes and announced that he will tie the knot with Payal as soon as she will step out of the show. Keeping his promise, Sangram has fulfilled the long-pending dream of his lady love and both are married now. On 9th July, the couple got hitched in Agra in the presence of their friends and family. 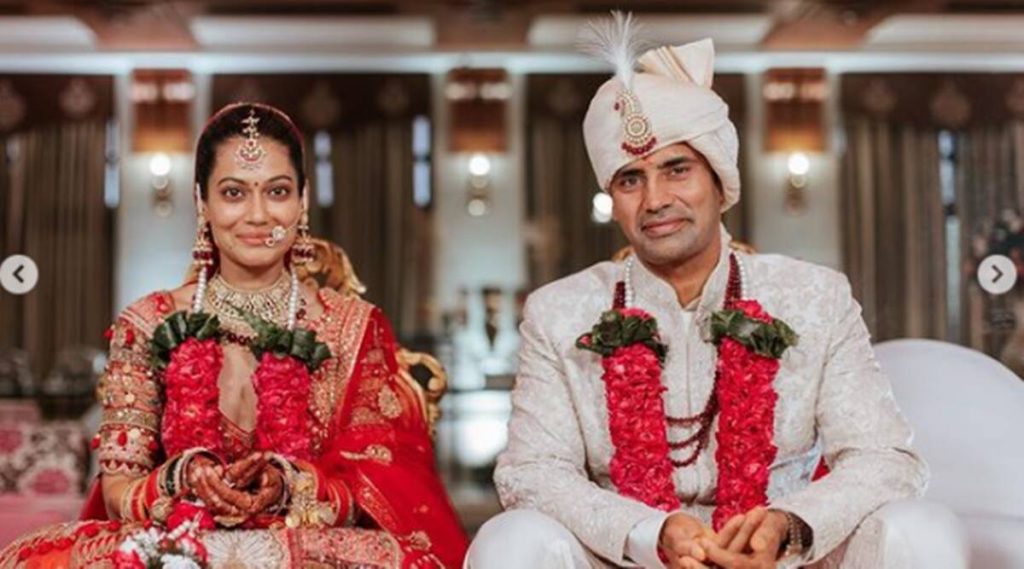 Earlier, Payal had shared some adorable pictures from her pre-wedding photoshoots. The actress also shared a few glimpses of her Haldi and Mehendi ceremony via her social media page. In one of the pre-wedding pictures, Sangram could be seen holding Payal in his arms.

Payal in her bridal look is looking drop-dead gorgeous. She has donned heavy jewelry and a red lehenga look with minimal makeup. While Sangram on the other hand is looking stunning in his ivory shade shervani.

Sangram took to his social media account and shared beautiful pictures from his dreamy wedding. “Zindagi ka naya safar, Payal Ke Sang Ram’’ he wrote, along with sharing a video that beautifully captures their wedding.