The multi-talented superstar of the Bollywood industry, Farhan Akhtar’s latest video is winning hearts. The actor’s video of singing songs and jamming with dogs is going viral. The actor, director, singer, and producer has formed a band with the two most important members of his family which is his dogs. 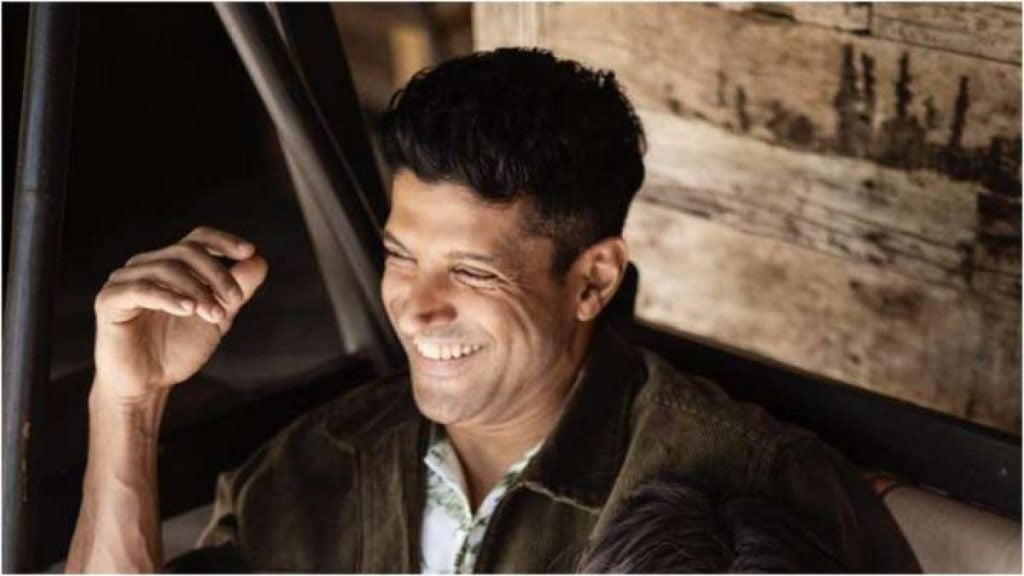 Farhan took to his social media handle and dropped an adorable video. In the clip, he could be seen playing guitar when his two dog friends Jim and Ty joins him. The dogs are howling and cheering and singing with their human friend and parent.  The actor could be seen holding his laugh and amusement while playing the guitar. The happiness and joy on Farhan’s face is something that can’t be missed. The actor shared the video with his fans and wrote, “Sunday Sing-along with Jim and Ty #dogsarethebest (sic)”. 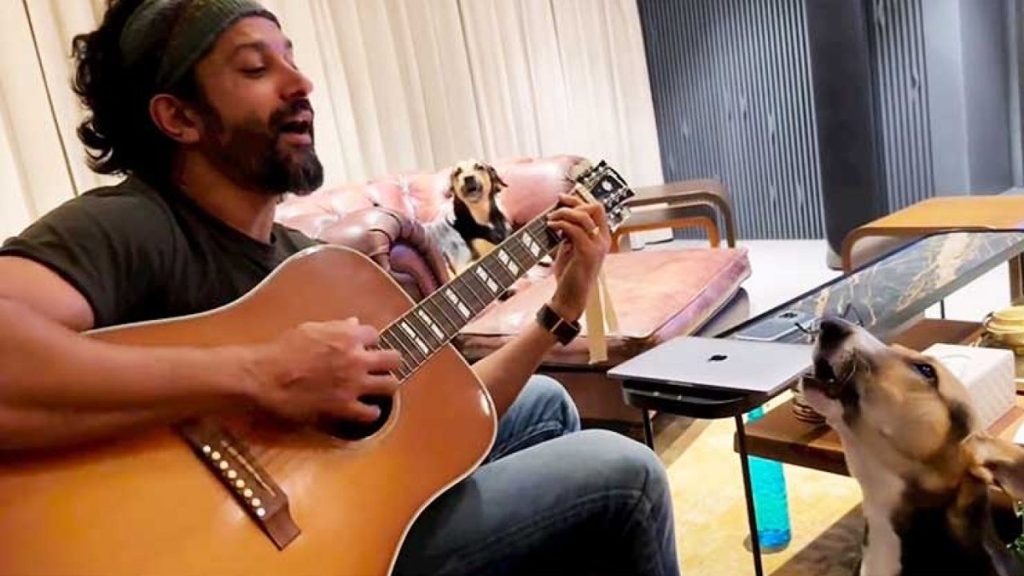 At the end of the video someone clapping and applauding the performance could be heard and we wonder if it’s the actor’s wife Shibani Dandekar. As soon as the actor shared the video, the comment section of the clip was filled with adorable comments. Farhan Akhtar’s sister Zoya wrote, “Best Band EVAH!”. Actress Mrunal Thakur also couldn’t hold herself from applauding the performance so much so that she wanted to join the trio, “Omgggg can I join this band,” she wrote. Farhan’s wife and actress Shibani Dandekar also took to the comment section and wrote, “waiting for the world tour! (sic),” with a heart emoji.

On the work front, Farhan will soon make a comeback as a director with “Jee Le Zara” which stars Katrina Kaif, Priyanka Chopra, and Alia Bhatt.