Nushrratt Bharuccha Taken To The Hospital Directly From The Sets Of Her Film!

In a disturbing piece of news, it seems that ‘Pyar Ka Punchnama’ fame Nushratt Baruccha’s health isn’t in good shape. If reports are to be believed the diva has been rushed to the hospital from the sets where she was shooting for the next film directed by Luv Ranjan. The actress was taken to the hospital after felt dizzy. Although, as per the information received the Dream Girl star is not admitted to the hospital but has been advised by the doctors to take complete rest for a minimum of 15 days. Nushrratt has been taking medications from her home along with proper rest. 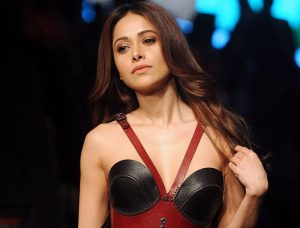 Yesterday the diva was shooting for her next feature film in Mumbai and was planning to complete the shoot soon, directed Luv Ranjan too has successfully shot the 23-24 days of the film with Nushrratt but now the shoot is currently on hault. According to the reports, there are still some scenes of Nushrratt which need to be shot again.  Nushrratt wasn’t keeping up well for the past few days, but yet she wanted to finish the shoot. “Doctors said it was a vertigo attack. Perhaps it’s because of the high stress that has caused the dizziness. The corona epidemic has affected everyone’s body emotionally and physically,” she said to a website. 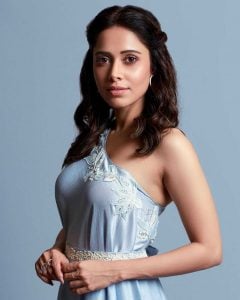 Nushrratt further mentioned that “’I thought I would recover in a day or two but my health deteriorated. I reported it on the set. They decided to take me to Hinduja Hospital. By the time I got there, my condition worsened. I needed a wheelchair to move up. My blood pressure had dropped to 65/55. My parents had reached the hospital. The next 6-7 days were very bad. I was not admitted to the hospital. I’m taking medicine at home. I am fine now. I have taken 7 days off. The doctor has advised rest for 15 days.” On the work front, Nushrratt will be seen in her upcoming movies ‘Ram Setu,’ ‘Hurdang,’ and ‘Chhorii.’