Newbie daddy, Gurmeet Choudhary has been rounding social media since then he has embraced fatherhood after the arrival of his baby girl, Lianna Choudhary. A few days ago, Gurmeet Choudhary had shared a video on his Instagram handle, in which we could see the little baby lying on her daddy’s lap. Gurmeet was seen holding his baby’s tiny hands and shaking them softly. While sharing the video, Gurmeet had written: “My little princess.” 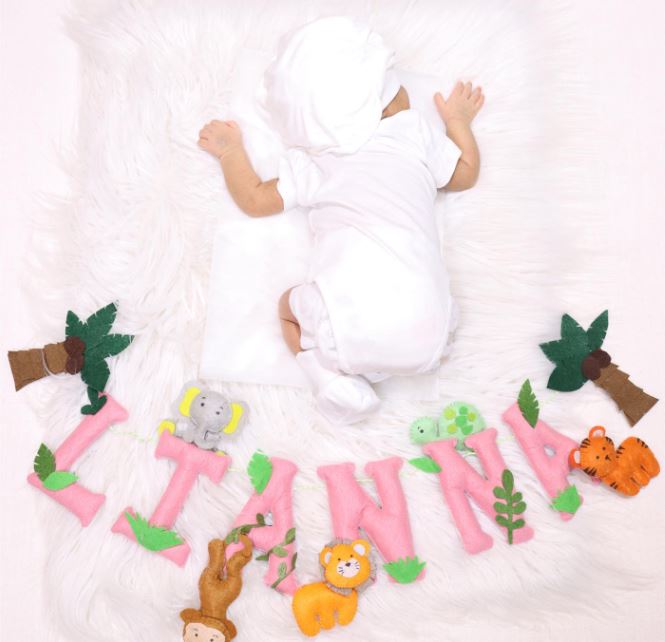 On April 27, 2022, Gurmeet Choudhary cherished his huge fanbase with a wonderful video of himself with his baby girl, Lianna. In the video, Gurmeet Choudhary can be seen holding his baby girl in his arms and dancing with her. Lianna also was seen cherishing the precious moments with her dearest daddy, and she can be seen raising her hands in the video. While sharing the video, Gurmeet wrote: “First dance with my girl.” 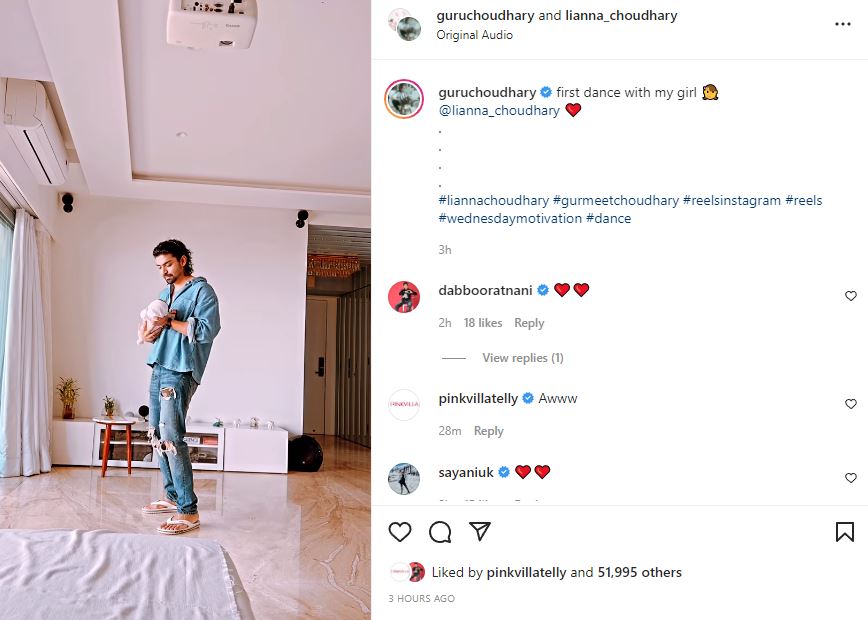 On April 6, 2022, the actor Gurmeet Choudhary had shared a candid picture of himself, in which he could be seen bending over his baby girl’s cot along with his pet dog, Pablo. They were seen keeping an eye on the little baby who was taking a nap. Along with it, Gurmeet had written: “4 watchful eyes.” 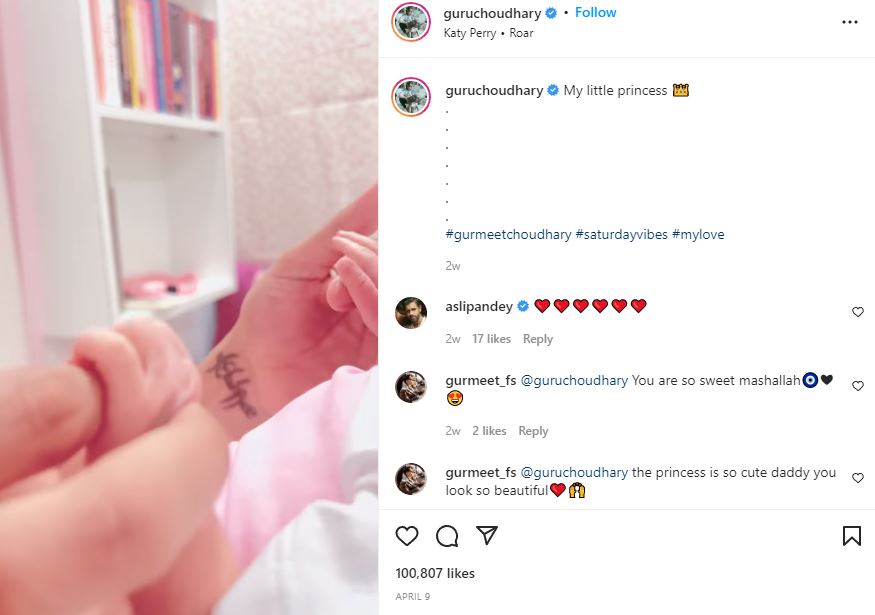 Earlier, in an interview with the Hindustan Times, Gurmeet Choudhary had revealed embracing fatherhood after so many of his marriage and had shared that he can’t miss a chance to hold his daughter whenever he goes out. The actor had stated: 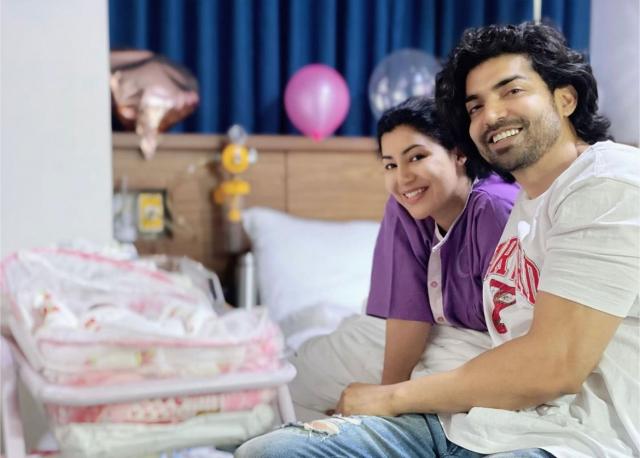 “Whenever I leave the house, I feel like turant ghar jaana hai aur apni daughter ko dekhna hai. She is small, haath mein lete huye bhi dar lagta hain. We are used to dumbbells of 50 kgs, and she hardly weighs anything. So I was like kahi kass ke naa pakad lu. So for one day, I was a little scared.”